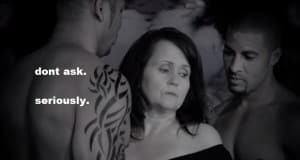 SND frenemy Patrice Wilson has released his latest music video, and while we’re relieved that he’s finally working with women over the age of 18, we can’t quite verbalize our reaction to it, so we’ll just let these Jim Halpert GIFs do it for us. Patrice, also known as “Pato,” is probably the most controversial guy… END_OF_DOCUMENT_TOKEN_TO_BE_REPLACED

After months of being teased by Star Wars alums Mark Hamill, Harrison Ford and Carrie Fisher on Twitter, the official casting announcement for Star Wars: Episode VII has been handed down by Lucasfilm, and yes, Luke, Leia and Han are back. They’ll be joining returning stars Anthony Daniels, Peter Mayhew, and Kenny Baker, as well as an all-new cast… END_OF_DOCUMENT_TOKEN_TO_BE_REPLACED 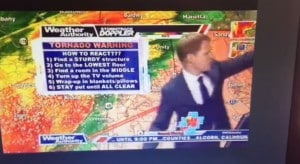 A severe weather system tore through central and southern states on Monday, leaving more than 30 dead. The town of Tupelo, Mississippi was hit with a tornado which left a number of businesses destroyed, though complete damage assessment is still underway. Social media has allowed Tupelo residents to share boots-on-the-ground photos of the damage on Instagram… END_OF_DOCUMENT_TOKEN_TO_BE_REPLACED 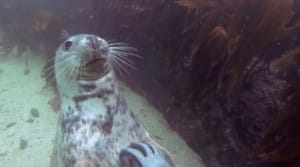 We’ve got to hand it to the folks at GoPro – they know that their cameras can make for some pretty awesome viral videos. Seriously, we’re not trying to sell GoPros or anything, it’s just true. These practically indestructible cameras have taken us through wave tunnels with surfers, paragliding over canyons, biking on extreme and dangerous… END_OF_DOCUMENT_TOKEN_TO_BE_REPLACED 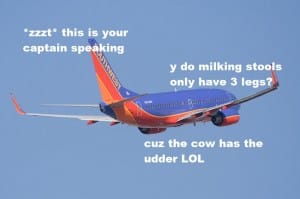 Again, this is why we fly Southwest. Along with perks like free bags and free (non-alcoholic) drinks, Southwest Airlines employees are apparently dedicated to making sure that every flight experience is a memorable one through various kinds of performance art. Unfortunately, it seems that the self-deprecating stand-up comic flight attendant and the rapping flight attendant… END_OF_DOCUMENT_TOKEN_TO_BE_REPLACED 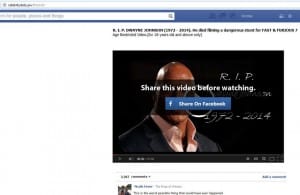 Contrary to what you read on Facebook, Dwayne “The Rock” Johnson is doing just fine. Unless we’re talking about the Scorpion King franchise. Har har. But seriously, The Rock is alive and well, despite what the latest death hoax/possible phishing scam going viral on social media may claim. Malwarebytes Labs spotted the hoax, which claims that The Rock died during the… END_OF_DOCUMENT_TOKEN_TO_BE_REPLACED 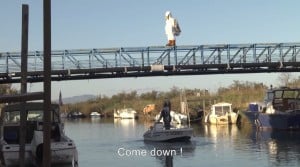 Rémi Gaillard, the French humorist and YouTube prankster best known around these parts as an unofficial frenemy after we wrote about his last video, is back with a new prank called “Animals strike back.” Like his “Free Sex” video, Gaillard’s newest offering is predicated upon assault and being a general a-hole, but here we are again writing… END_OF_DOCUMENT_TOKEN_TO_BE_REPLACED 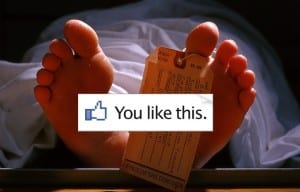 In many ways, social media is one of the defining innovations of the 21st century. It allows us to connect with each other in unprecedented ways, and its ramifications, as related to everything from commerce to psychology, are still being studied and defined by experts spanning the globe. It’s something we take for granted as… END_OF_DOCUMENT_TOKEN_TO_BE_REPLACED 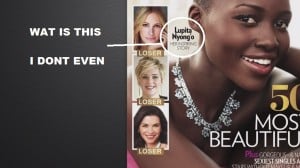 Actress Lupita Nyong’o was recently named People Magazine‘s Most Beautiful Person of 2014, despite the fact that practically no one can pronounce her name right. The 31-year-old Kenyan actress is quickly becoming a household name after taking home a Best Supporting Actress Oscar for her role in 12 Years a Slave. Too bad most households in America… END_OF_DOCUMENT_TOKEN_TO_BE_REPLACED 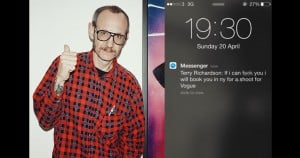 It’s possible that celebrity photographer Terry Richardson’s latest sex scandal is little more than a hoax. Over the weekend, UK model Emma Appleton tweeted a Facebook message she supposedly received from Richardson asking for sex in exchange for an opportunity to pose for Vogue.  Though she later deleted the tweet (and her account), the story took on… END_OF_DOCUMENT_TOKEN_TO_BE_REPLACED