It’s both a historical and a social-media first: Today, President Barack Obama became the first sitting president to moderate an AMA (ask me anything) on Reddit. Obama’s AMA is important for two reasons: one, it confirms Reddit’s mainstream success and reach while also increasing their visibility, and two, it shows that President Obama fully understands… END_OF_DOCUMENT_TOKEN_TO_BE_REPLACED 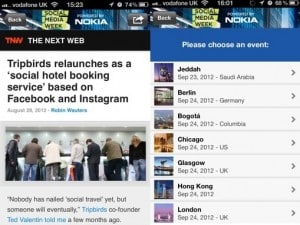 Registration for Social Media Week 2012 events is now open with a program of events taking place in fourteen cities around the world. The convention is just four weeks away from kicking-off, so here’s what you need to know: The conference celebrates the social, cultural and economic impact of social media around the world. You… END_OF_DOCUMENT_TOKEN_TO_BE_REPLACED