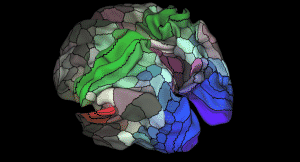 The Brain as We’ve Never Seen It Before As much as great minds look outward to understand the universe around them, the giants whose shoulders we stand on also turn inward—seeking to understand the finite matter wherein a billion possibilities exist. Scientific progress has, debatably, eliminated the dichotomy of the mind and the brain. In… END_OF_DOCUMENT_TOKEN_TO_BE_REPLACED 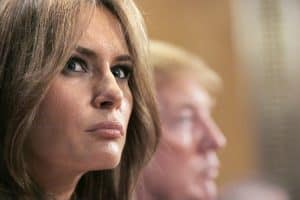 Donald Trump Is Never Gonna Give You Up, Never Gonna Let You Down The web is aflame with commentary after potential First Lady Melania Trump apparently plagiarized a large portion of her keynote speech from one delivered by Michelle Obama in 2008. But astute viewers may have noticed something else. This Twitter user points it… END_OF_DOCUMENT_TOKEN_TO_BE_REPLACED 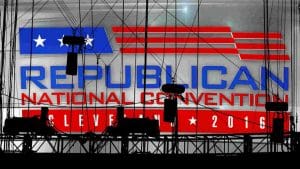 It’s finally here, and it’s every bit as entertaining as we hoped. The Republican National Convention is total chaos, with desperate rank-and-file Republican delegates trying desperately to stop the official nomination of Donald Trump. One GOP delegate, Gordon Humphrey, a former U.S. Senator, blasted the Trump campaign during an interview with Jacob Soboroff of MSNBC. Humphrey said… END_OF_DOCUMENT_TOKEN_TO_BE_REPLACED 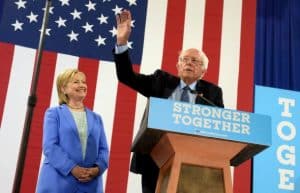 Enraged Bernie Supporters Apparently Missed the Point of His Campaign As my colleague Alex wrote on Tuesday, Vermont Senator Bernie Sanders officially endorsed Hillary Clinton for president after a protracted battle to reshape the Democratic Party’s 2016 platform. Were it not for the endorsement, the progressive concessions Sanders scored would have likely been rejected, convention… END_OF_DOCUMENT_TOKEN_TO_BE_REPLACED 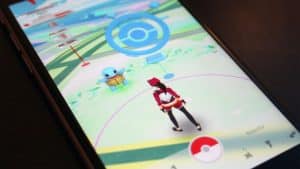 Pokemon Go Is A Milestone For Social Gaming On Wednesday, developers at Niantic released Pokemon Go. I was following the release closely and was even preparing to claim the username “Timothy” before anybody else—but since iOS got the game about an hour after Android, I was forced to adopt the far less in-demand moniker of “TimothyBertrand”. Brendan Lawson,… END_OF_DOCUMENT_TOKEN_TO_BE_REPLACED 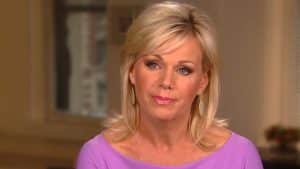 Longtime Fox News Host Says She Was Fired For Rejecting CEO’s Sexual Advances Fox News host Gretchen Carlson is suing her former boss, CEO Roger Ailes, over allegedly firing her as retaliation for rejecting his offer of sex. As I wrote at Daily Kos, the suit comes after Carlson says she endured years of persistent sexual harassment from her… END_OF_DOCUMENT_TOKEN_TO_BE_REPLACED 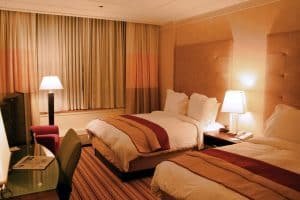 A new app called TraffickCam will help authorities stop human trafficking. The app allows travelers to submit pictures of their hotel rooms around the world. The images are then matched with a national database. “You just enter your hotel room, and your room number,” says Abby Stylianou, a Washington University Researcher and TraffickCam developer. “You take… END_OF_DOCUMENT_TOKEN_TO_BE_REPLACED 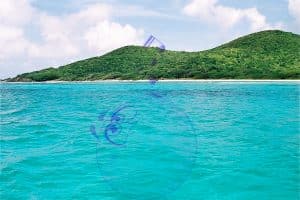 Researches at the University of Liverpool have discovered that the Caribbean sea produces a long, continuous note that’s too deep for human ears to detect, but can be “heard” from space. In a press release, the researches say that “in the midst of all the noise of the ocean, this region behaves like a whistle,… END_OF_DOCUMENT_TOKEN_TO_BE_REPLACED 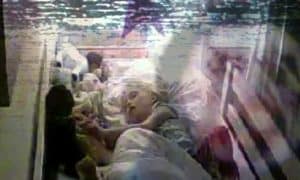 On rare occasions something will hit my inbox that I suspect to be the tiny morsel of truth in a future urban legend. So before it’s creepypasta, let’s take a look at a particularly spooky one. That’s Not My Dog Sandie Kaplanis bought a nanny cam to keep an eye on her 14-year old Chocolate Labrador,… END_OF_DOCUMENT_TOKEN_TO_BE_REPLACED 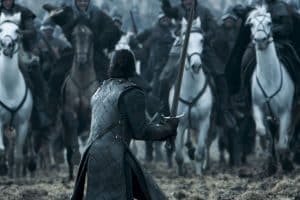 Battle of the Bastards will be remembered as the most disturbingly realistic battle sequence in television history. Television battles, even on HBO, tend to pull their punches. Especially in the context of gory medieval combat, the mere suggestion of the carnage and panic and terror is usually enough to send audiences the message. In the… END_OF_DOCUMENT_TOKEN_TO_BE_REPLACED