Did you see Bill Gates’ Reddit AMA? The latest Reddit AMA big name Bill Gates, founder of Microsoft and all around known basically as philanthropic and wealthy dude — and the PC bigwig stuck around for a bit taking Redditor questions in a bid to … well, not for any reason in particular. It seems he just wanted to talk to Reddit.

Oftentimes when a celeb stops by Reddit for an AMA, they’re plugging something — but Bill Gates’ Reddit AMA was delightfully plug free. (In contrast, Woody Harrelson once famously bungled this in what may have been the most poorly handled AMA ever, frittering away intense Reddit goodwill with his lack of understanding of the “anything” aspect of an Ask Me Anything.)

Bill Gates’ Reddit AMA was full of questions about software, Microsoft, his ideas about wealth, his philanthropic ventures, the “developed” versus “undeveloped” world and other things, and Gates interacted with the community in a very down to Earth way.

On Windows 7 vs. Windows 8, Gates opined:

Gates also discussed both how he feels about Apple and his relationship with Steve Jobs, saying (in two separate exchanges) this on the matter of Microsoft’s biggest competitor:

“Microsoft does a lot of software for the Mac. I mostly use Windows machines but from time to time I have tried all of Apple products … He and I respected each other. Our biggest joint project was the Mac where Microsoft had more people on the project than Apple did as we wrote a lot of applications. I saw Steve regularly over the years including spending an afternoon with him a few months before he tragically passed away…”

On technology’s role in education:

“The ability to test your knowledge and get refreshed on a topic you are making mistakes on will personalize a lot of the learning experience. People like Sal Khan are out in front figuring out how to do this well. My foundation has funded a lot of MOOCs focused on community college kids or kids who have to take remedial math. I am optimistic these will make a big difference.”

“Weezer…. Actually U2 is a favorite.. I keep waiting for Spinal Tap to go back on tour…” 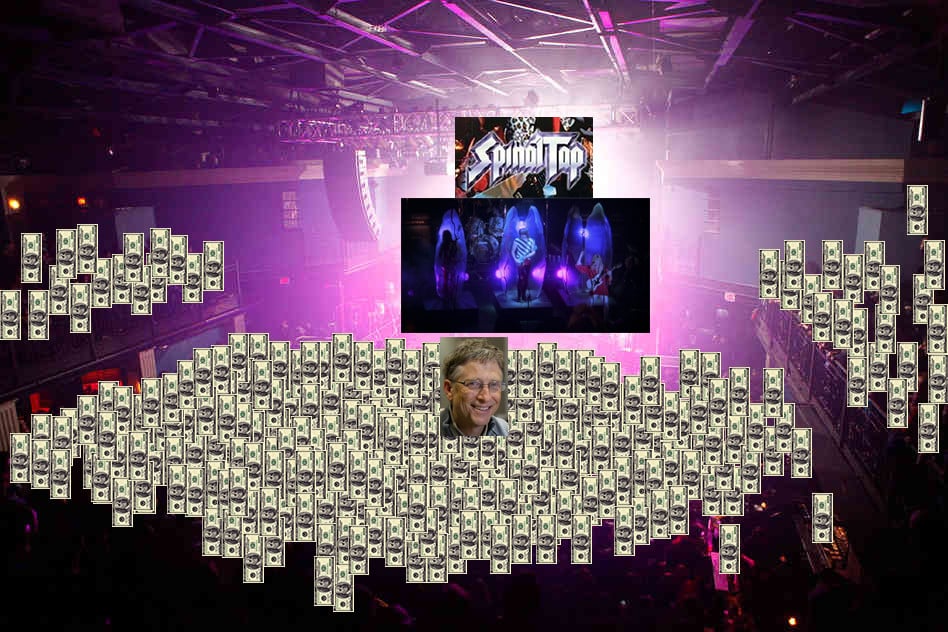 On general philanthropy and his financial legacy, Gates said:

“I definitely think leaving kids massive amounts of money is not a favor to them. Warren Buffett was part of an article in Fortune talking about this in 1986 before I met him and it made me think about it and decide he was right. Some people disagree with this but Melinda and I feel good about it.”

“Leave them enough money to do something, but not enough to do nothing.”

“10 million is still enough to do nothing.”

“It’s enough to do two chicks at the same time.”