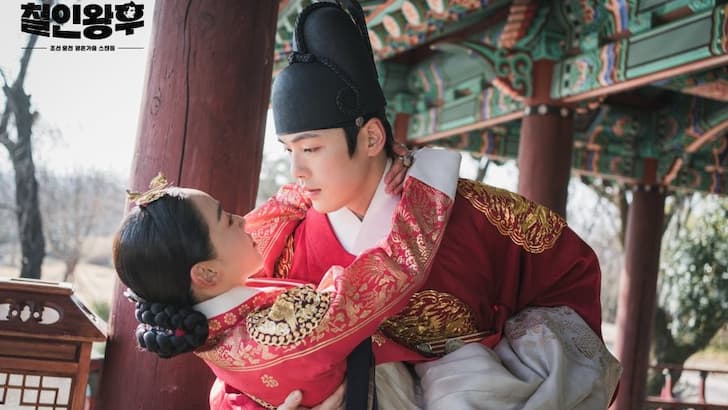 K-Drama has taken the entertainment industry by storm. They are gaining popularity with each passing day thanks to their versatile environs and unique plot lines. It is one of the reasons that K-Drama is everywhere nowadays.

With such a demanding audience, Mr. Queen hit the stage in 2020. It is a story of a 21st-century Jang Bong Hwang with time travel and reincarnation genre.

Living as an individualist and working as a chef, he enjoyed his life. Who knew he would drop right at the center of a power struggle for the throne in the Joseon era. As if it wasn’t enough, he becomes the scary Queen Cheorin. His struggles in adjusting to the Queen’s body, adapting her mannerisms, and dealing with the Husband, King Cheoljong, will make you fall off your chair’s edge.

The laughter, political struggles, character development, and plot line are top-tier in this one. Below are some recommendations similar to Mr. Queen.

Similar to what Mr. Queen’s Jang Bong experienced, Big also displays the story of an 18-year-old student named Kang Kyung-Joon. After a dreadful accident, Kang finds himself in the body of a capable and handsome 30-year-old doctor named Seo Yoon-Jae.

This shock gets even more significant when he learns that this doctor is engaged to Gil Da-Ran. Kang’s teacher and probably his crush! The plot is a bumper-cart ride of laughter, heartbreaks, and love.

This one is more like time travel, similar to Mr. Queen. An idol named Hyun Jae from 1993 disappears one day and lands in the year 2017.

The plot focuses on his struggles to find the reason behind his disappearance and adjusting to the new era. His life gets entangled with Lee Ji-Hoon, his 23-year-old son, and the plot moves to a new peak.

Consider this a Cinderella story with some unexpected twists here and there. The love between a regular yet extraordinary stuntwoman, Gil Ra-Im, and the rich and handsome CEO, Kim Joo-Won, is not accepted by their peers. Still, they get married.

Adding a little more drama, Kim Joo-Won is eyed by the famous and pretty Yoon Seul. Things take a hike when our leads start swapping bodies in these conditions.

Also Recommend: 12 Korean Dramas Like My Love from the Star

This one has a more serious plot. Still, the fun and thrill are the same. Yong Soo and Gi Tak return to the world of the living after getting a second chance at life. Young Soo is handsome, and Hae-Joon and Gi Tak as Hong Nan.

They wanted to fulfill their last wishes. However, now they are bound by three rules: not taking revenge, no disclosure of their identities, and no meddling in human affairs. Buckle up for an intense and thrilling plot to unfold.

It is a heart-touching historical drama. The plot revolves around the handsome Crown Prince Lee Yeong and his pretty eunuch Hong Ra-On. The story displays Lee Yeongs’s journey from a boy to a revered monarch.

His struggles begin when he finds himself attracted to his eunuch, leaving him in confusion. But soon, things change as he gets to know the real one behind the façade of the eunuch.