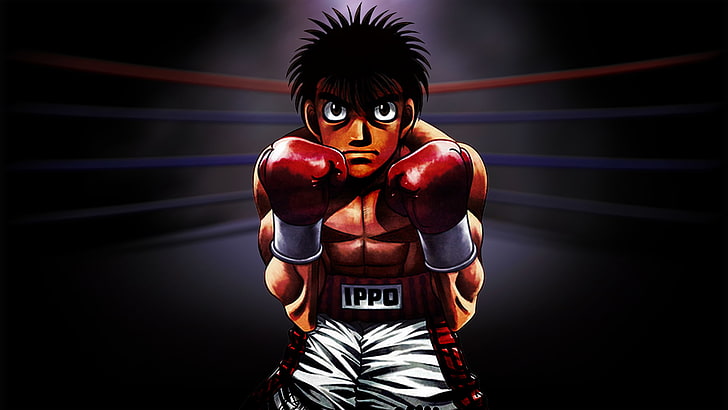 Anime focusing on sports is trendy these days. Hats off to the Japanese for the versatility they added to this genre. There are many sports anime with a touch of fantasy and extraordinary powers. Still, some center the everyday sports and give you an adrenaline rush.

Hajime no Ippo is one such anime. It focuses on a high schooler named Makunouchi Ippo and his boxing career. He starts from rock bottom to change himself and stand up against the bullies. Like every failure’s success story, he stuns everyone with his progress.

If you are looking for some hair-raiser anime and a guide to sports plus sportsmanship like Hajime no Ippo, here are some recommendations for you.

It is one of the most popular sports anime of the previous decade. Haikyuu raised the bar for sports anime even higher. Impressive energy, overwhelming enthusiasm, sportsmanship, and first-class characters, name it, and this anime has it all.

The plot revolves around a short but energetic guy named Shoyo Hinata. To become the best volleyball player, he starts his journey. However, his exciting journey becomes profound when his biggest competition joins the same team as him. This one gives the excitement similar to Hajime no Ippo or perhaps even more.

Regarding sports, car racing is always a fan favorite, even when you don’t drive one. Initial D is an anime from the 90s and is gold. The sheer entertainment and thrill are never-ending in Initial D. Its dynamics are pretty similar to Hajime no Ippo.

The protagonist, Takumi Fujiwara, is an aloof high schooler. His boring life becomes electrifying when he notices his talents in car racing. With no training and only innate skills, he stuns everyone around him. His drifting and racing steal the show and will give you a rip-roaring experience.

Diamond no Ace is the anime that took the spotlight in 2019 with its characters and sports theme. It will definitely give you all tips and tricks about baseball and teamwork. The stories that start with failure are always destined for greatness.

This one is the story of Sawamura Eijun, a pitcher who hates himself for his defeat in a middle school baseball game. His motivation is the driving force of this anime. The story turns exciting when Eijun gets a chance to redeem himself. Eijun’s struggling yet electrifying journey is similar to Ippo.

Talking about sports, American Football can never be ignored. The next on the list is considered an energy pill and one of the most famous anime in the sports genre.

Like Hajime no Ippo, EyeShiled 21 centers on the story of an introvert named Sena Kobayakawa. He joins the American Rugby team as a secretary but becomes the team’s ace. His journey is worth the time, and the energy will leave you full for days.

Baby Steps is yet another exhilarating sports anime. It centers on an honor student Eiichirou Maruo and his unparalleled love for Tennis.

The anime begins when Maruo unexpectedly finds a path to follow in his life. The game that started from just a simple exercise became his sole ambition. This anime’s never-ending determination is similar to Hajime no Ippo.

More Anime shows to watch if you liked Hajime no Ippo: