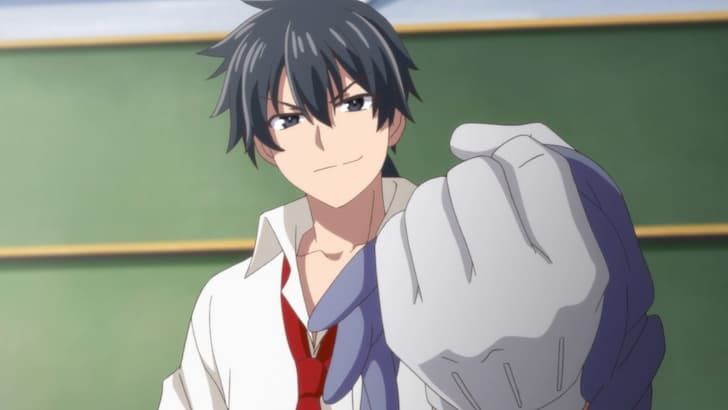 Japanese have taken the magic genre to new heights with their versatile analytics and imagination. From elemental magic, fairy magic, demon magic, dark magic, pure magic, and whatnot, anime has all sorts of magic domains. Akashic Records of Bastard Magic Instructor is proof of their progress in the magic genre.

The Plot is set in a prestigious Magic school named Alzano Imperial Magic Academy. The story kicks off with Sistine, a noble girl striving to learn magic and Glenn Radars, the seemingly lazy and untalented teacher.

When their lives intervene it becomes a bumper-cart ride of laughter, magic, fights and excitement. Below are some recommendations for you if you love magical anime like Rokudenashi Majutsu Koushi to Akashic Records.

1. The Irregular at Magic High School

It is a popular anime that took the internet by storm back in 2021. The plot is set in a world where technology is replaced by magic. In such a place a person with no magic skills is considered nothing.

Tatsuya Shiba, our protagonist, is apparently that person. He enters the magic academy as a bodyguard to his sister Miyuki. Their life on the campus is filled with struggles and trials that will keep you spellbound in hair-raising environs.

2. Chivalry of a Failed Knight

Watching anime with knights and magicians is a treat for the eyes. Like every other success story, our protagonist, Ikki Kurogane, is considered a no-good person because he lacks talents to be a magical knight.

However, with a stroke of luck, his life as an outcast changes drastically when he becomes roommates with the beautiful and talented Stella. Living under the same roof, this is the story of a loser and a genius of the century.

Also Recommend: 12 Anime Like Chivalry of a Failed Knight

This one is truly a gem in animation, story, thrill, and magic. The anime starts in a post-apocalyptic world where magical insects now dominate.

The story begins with Kanata Age, once considered a master swordsman but now named a traitor. He becomes the instructor of a team of Sky Wizards. The only problem is that this team has never won a single battle. Their journey together from rock bottom to becoming the conquerors is exhilarating.

The sheer enjoyment and the energy in this one are similar to Akashic Records. This anime entails the story of a girl named Akko Kagari, who inspires to be a witch. To follow her life-long dream, she enrolls in the Magical Academy.

Akko’s excitement shatters when she is bullied for not having a magical background. However, her life takes a sharp turn when she stumbles upon a magic relic. She moves past the ranks with impressive skills leaving everyone in awe.

This gem needs no introduction. It is one of the most popular anime of the previous decade and still maintains its reputation. The plot revolves around Korosensei, a big yellow talking octopus, and his class.

The students in his class are tasked to assassinate him using any means possible. That is how Korosensei is training his students to become A-rank fighters. However, killing an octopus-like creature that is fast, strong, incredibly smart, and deadly seems impossible. Is there anyone who can kill such a being?