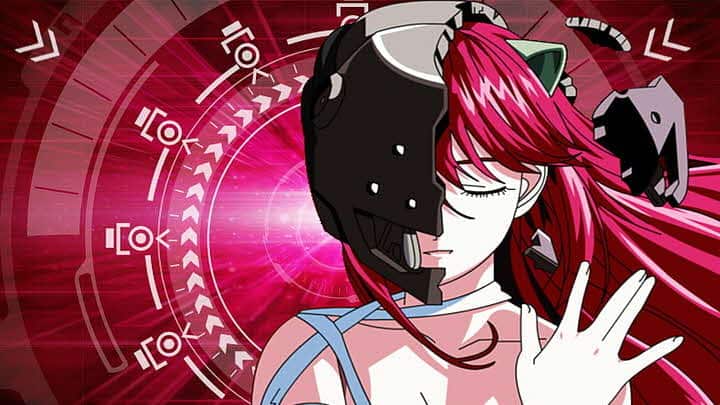 In Elfen Lied, we meet a girl named Lucy. She is a girl with special powers who are known by the name of Diclonius. Her unique features include telepathic powers including an extra pair of horns. Unfortunately, the government begins to use her for some inhumane scientific experiments.

Although Lucy manages to escape their clutches, she is still being pursued and a bloody incident may soon take place. Check out our list of recommendations for other anime like Elfen Lied that follows a similar gore filled plot with a badass female lead.

This story is set in a small village called Hinamizawa where Keiichi Maebara comes for the first time. He doesn’t take long to settle into the new place and becomes close with four of his classmates. Everything seems okay for a while until everyone starts preparing for a festival.

This is when Keiichi learns that many suspicious disappearances have also occurred there and darkness creeps stealthily within the village. Just like Elfen Lied, a character comes to a different place and starts a new life.

Fearsome demons called Yoma have been a constant threat to humanity for a long time. These demons not only kill and eat humans but they also take their memories and appearances. In this way, they can also live among humans as normal people. Only Claymores can defeat these demons while they are half-demon themselves.

Meanwhile, we turn our eyes to Raki whose family gets devoured by Yoma and the village decides to ban him from their place. However, he soon meets Clare, who is a Claymore and the duo start their journey together. Similar to Elfen Lied, a girl with special powers comes in contact with a normal person.

This anime is set in a world where it is very natural to encounter flesh eating monsters if you step out of your home. Red Shield is an organization that can provide protection against the might of these monsters. Even then, Red Shield is also solely dependent on Raya to be their savior.

But Raya has just woken up from a long sleep and is struggling to get going with no memories about the past. Both these anime involve a female playing the role of a super-evolved character.

4. She, The Ultimate Weapon (SaiKano)

Saikano is a beautiful story about Shuuji and Chise. Both of them live in Hokkaido and are dating each other. Their town is usually very quiet and nothing much happens there. But one day when Shuuji and his friends went to buy gifts for their partners, their city was suddenly attacked out of the blue.

Before Shuuji could recover from the shock, he found out that Chise has become a cyborg which could prove to be a weapon of mass destruction and turning point in the war. Just like Lucy in Elfen Lied, Chise has some special powers that cause more harm than good.

The government has a special welfare group that takes care of a lot of tasks in the dark. Henrietta is a part of this group who has been trained thoroughly with cybernetic powers. Her partner is Jose who brought her to this organization after the brutal murder of her family.

But Jose doesn’t know whether to follow his feelings for Henrietta or be loyal to the welfare group. Whatever he decides, he needs to work fast on it. If you like Elfen Lied, then you will also love this anime as it is based on a similar concept of a super girl.

More Anime shows to watch if you liked Elfen Lied: