50 Most Calm and Relaxing Anime Ever – Ranked 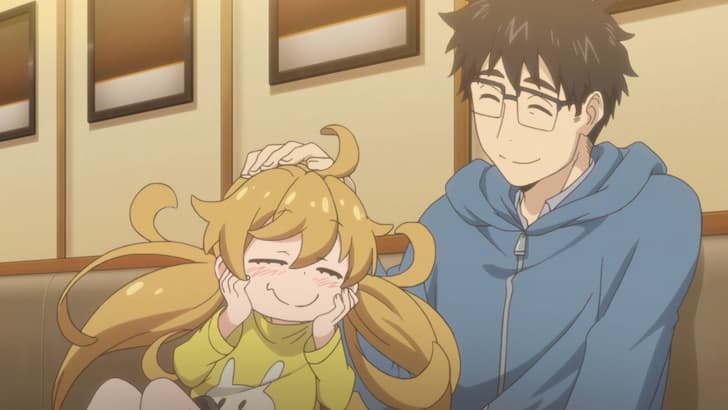 Anime is meant to serve as something for us that calms us down and provides us a relaxing environment. This is why it is important to keep some anime in our watch list that will free us from our stressful day.

If you are looking for a soothing anime to help you relax and lift your mood. Then check out our list of most chill and laidback anime to watch after a stressful day.

Best Relaxing Anime Shows That Will Lift Your Mood:

Barakamon begins with a very important message. It tells us that if we are narcissists, it automatically negates our talent. Such was the case for talented calligrapher Seishuu Handa. He had a future full of promise but he often lost his cool. One day when he reacted again over someone calling his work unoriginal, his father sent him to the Goto Islands.

It was a far off place from Tokyo where Seishuu had to find a new way of inspiration for his works. But this won’t be so easy since his neighbors always seem to be getting in the way of his work. Barakamon is a calm anime that will take you on an adventure in the countryside and it will be worth your time.

Non non Biyori is a chill anime that you can watch on repeat at night. The story takes place in Asahigaoka where life goes on at a slow pace. But even in this distant countryside, five students have taken it upon themselves to make everyday a colorful one.

This anime is also the home for the famous catchphrase Nyanpasu that is used by the youngest character, Renge Miyauchi. This group of five characters will engage in various activities in each episode that is bound to lift any weight off your mind.

Mushishi is a peaceful anime that will help you to find the meaning of life. It employs the concept of Mushi or the simplest forms of life in the world. There is no concept of good or bad involved with a Mushi. They can mimic any kind of natural things from the world.

There also exists a group of people who study these simple life forms. They care about Mushishi. Ginko is one such Mushishi who tries to find the truth behind a Mushi. This journey will ultimately take him closer to the hierarchy of life.

Neo Venezia is a city on planet Aqua that we are more familiar with as the planet Mars. It is set in a distant future when humans have successfully set up their colonies on the rest of the planets. There are many tour guide companies on Neo Venezia and our focus will be on one such company named Aria.

They have a spirited worker by the name of Akari who will take the viewers on a beautiful ride as we see the wonders of Neo Venezia and come to know about important life lessons. It will give you a sense of peace as you will slowly get immersed in this calming anime.

Teenage is a time period when boys usually get chased around by girls. But in Natsume’s case, instead of girls, he is getting chased by youkai. Basically his grandmother had taken control of many spirits which were passed down to Natsume.

The only reason these spirits keep on haunting him is to gain back their freedom. Natsume’s life has been made miserable by these troubling youkai. The irony is that even in this dire state, Natsume’s only source of protection is a female spirit by the name of Madara.

More Soothing Anime To Watch After A Hard Day: