10 Best Anime That You Can’t Watch In Public 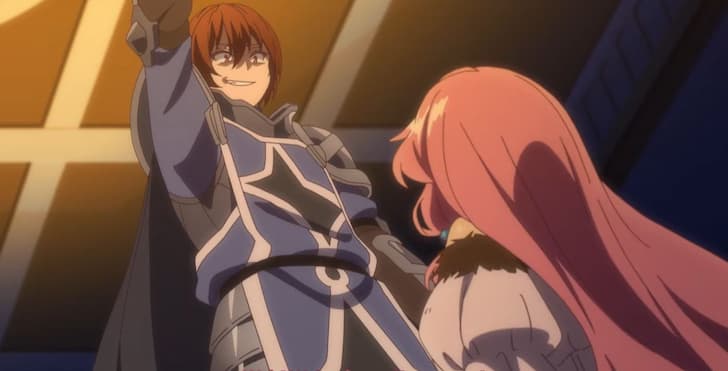 There are so many amazing anime out there that you can watch with your friends, your significant other, or the whole family. But there are also a lot of great anime that are best watched alone.

We bring you the 10 best anime you can’t watch in public, so get ready to experience a different thrill.

Whether it’s explicit sexuality or violence, anime is a medium that isn’t afraid to push the boundaries of what’s acceptable in public. Today, we will be talking about the top 10 anime you can’t watch in public.

A world that the power of eros can save. More importantly, there are girls fighting for it. Our MC Ryousuke found a wet girl on his doorstep. After giving her shelter, she reveals her true identity as a grim reaper who takes people’s lives and knows every human’s last date.

MC foolishly agrees to a deal without knowing the whole truth, where she can use what I call the essence of staying in this world. I don’t blame MC; after all, who can say no to a smoking hot girl like Lisara. She uses the life force to defeat the enemy.

Unlike the other nice Shinigami, she does not try to steal a few years of MC life. Instead, she sucks him dry. Luckily our MC has an infinite amount to spare, which she will be wasting in one way or another.

9. How Not To Summon A Demon Lord

Isekai shows should really need to come with a disclaimer; do not watch it in public. Unlike other Isekai, How Not to Summon a Demon Lord has nothing new to offer. It’s like a new world worth exploring and it needs MC help to save it.

Our MC, an elite pro gamer, found himself in the game as character Diablo. Instantly get in a harem with all the preferable options. The demon lord teams up with an elf named Shera and a cat girl named Rem. Although the goal was to successfully summoned our MC as a slave instead, it has turned the table and made Shera and Rem the slave of Diablo.

During his newfound world, our MC will witness many lewd things on his new journey. Their many exciting adventures are waiting for MC, the story is interesting, and the plot is what we should not discuss in public.

When Naofumi decides to take serious revenge without his shield and sword, we get the Redo of Healer. By this time, you must have heard of this anime due to various internet critics and memes, but no one talked about how good a revenge story is.

It follows the story of healing hero Keyaru. Specialized in all sorts of healing, but there is a drawback whenever our MC heals someone, all his pain transfers to him. Further refusing to use his ability, MC gets abused in the worst way anyone could have imagined.

Finally gets his chance to reverse time and take his revenge on all the people who mistreated him. Now our MC violates his own harem in all the ways. Redo of Healer is like a dark ecchi series, which shatters all the boundaries. So, you have been warned.

Citrus is more than ecchi to its extreme in a way that expresses the theme of romance. I would say it might be a little too much for most of the viewers. Our female lead Yuzu moves to a new town due to her mother’s remarriage.

To start a new life in a new city also in an all-girls school with no boys. She got into trouble on the first day of school due to her dressing sense that does not meet up with the school rule. Constantly get buttoned by the student council president Mei.

To give you a surprise, Mei is also her new stepsister. Well, I guess the step relation is really cursed due to various reasons. The story began to turn into a notice me senpai kind of thing. As the two learn more about one another, both fully want to explore their new relationship.

I am pretty confined; this type of theme is not for everyone but just hang in there and you will get to see something new.

Eromanga Sensei is one of those titles that looks like one thing and ends up being another. On the surface, it looks like a typical brother obsessed with his little sister, to be precise, a stepsister and that is true, but at the same time, things are slightly deeper than what they show us on the surface.

Our MC admires the novelist Masamune Izumi and he is obsessed with her line of work. She goes by the pen name of an Eromanga Sensei, who turns out to be his 12-year-old sister.

By the way, our MC’s age is 16, though they aren’t blood-related, which makes it even obvious for parents not to leave their kids alone. Things get even weirder when another author moves next door. Yeah, this is the exact type of show that needs to be on the watch list.

The tale of sisterly love continues. The title said it all, two overly cute stepsisters in a sweet home in Alabama. Our MC is a high school student who had a hard time studying and his grades are constantly falling. So to help him, one of her stepsisters goes on full senpai mode and teaches him in a way that he won’t forget anything.

The most interesting thing is that the parents don’t have any problems. In fact, they are happy with both having a happy ending. If that does not sound like a teenage fantasy, I honestly don’t know what else could be. Their bonding is inevitable, and our MC is letting them fully blossom for the time being. At least from what I saw in the animated version.

If you think lilies are adorable, then this entry is worth watching, even if it means going to jail. I know the FBI is tracking us all the weebs. Without going much into the details, the story is something like hard work hardly works.

Our MC is a pro-level shogi player, who has earned the title of the youngest Ryuo in history. After achieving the title, our MC finds himself in a place unable to move forward. Later a nine-year-old Ai comes to his doorstep asking to become his disciple. The promise made by our MC to help Ai and make her a professional player.

There are some subplots like a bunch of girls joining the party. Slowly they started to have feelings for our MC, which is completely under a parent’s control. There is only one reason to watch this show and you know what that is.

Also Recommend: 50 Anime Where The MC is OP But Hides it [Ranked]

3. Do You Love Your Mom and Her Two-Hit Multi-Target Attacks?

Before talking about Okaasan Online, never admit to anyone that you watch this show. Trust me, whatever we talk about stays between us. It’s a type of isekai featuring a motherly love. The term we are familiar with is called “Msekai” or “mama-isekai”.

The anime plot is centered around a mother-son duo, where mom is free to pick her clothing and the right candidate for her son. I would say this is a guilty pleasure show. I always hesitate to recommend others. In the show, nothing makes sense. She is the most overpowered character of the series but let her clothes be eaten away by a slime.

Not to mention she also got wrapped away with her son. Just forget about the plot and watch it for motherly love and also obviously for the future of more Msekai.

First, let me clarify that the show does have an appealing plot. Our MC Nishiki has left his hometown and come to Tokyo to become manlier. I bet he will. After constantly being mistaken for a young girl, our MC was left in the care of Sunohara, a kind-hearted caretaker.

On the first meeting, she mistook our MC for being a girl and dragged him into a bath together. Sadly, our MC is underaged. Unable to take full advantage of this opportunity. It does not take too long for the mistake to be discovered.

There are other female residents of the dorm who will be looking after our young MC, touching the height of puberty and enjoying a rare bit of male attention. They turn our MC into a local celebrity. Unfortunately, this type of story does not have a clear ending, but when life gives you a moment of peace, we should enjoy it to the fullest.

Now for the change, we have taboo romance. A young high schooler tries to get over his school teacher by having fun with one of his classmates, then he gets the news of his father remarriage, and his one-time buddy turns out to be his stepsister.

More luck in our MC’s favor, the crush he had on his school teacher is the sister of his one-time buddy. The rest of the series is a sequel of unpredictable love triangles that ask the question of whether it is truly possible.

Whenever I think the domestic girlfriend can’t get any worse, it takes my expectations and does to them what I would do to a beast titan. The manga gets even wilder than my incognito mode history, so I suggest reading it only if you are ready for the worst.

Do you agree with our list of the 10 best anime you can’t watch in public? Tell us your favorite ecchi anime.