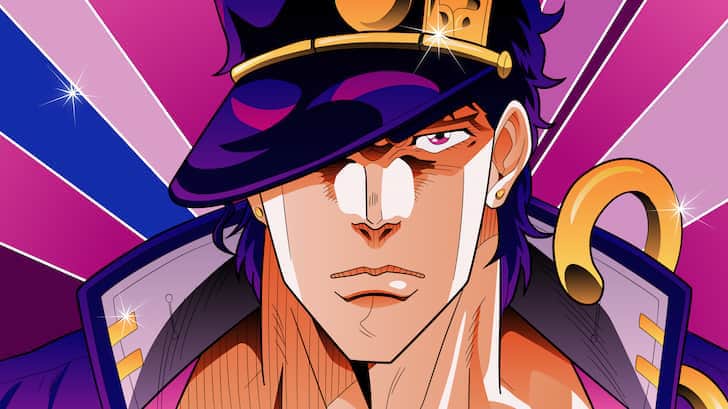 The story of Jojo’s Bizarre Adventure starts with Dario Brando saving the life of George Joestar and his child. As a result, George becomes forever indebted to Dario. Dario decides to cash that by sending his son to the Joestar estate.

His son, Dio makes a plan to steal all of the inheritance by himself with the help of a stone mask. It proves as a catalyst to the start of some events that change the lives of both families.

If you are looking for the same adventurous type setting in anime like Jojo’s Bizarre Adventure, then here are some recommendations for you.

Hanma Baki didn’t lead his childhood like a normal kid. He had to indulge himself in fighting at a very early age. This is because his father was widely regarded as the dangerous Ogre and Baki wanted to take him down.

After training under his mother for a long time, Baki realized that it was time for him to embark on a new journey and learn about new fighting techniques.

Just like Jojo’s Bizarre Adventure, Grappler Baki is bound to treat you to some epic fighting scenes.

Eikichi Onizuka wants to become the best high school teacher in Japan. But the path to it won’t be so easy because he used to be a gang leader previously. Luckily he gets the job in Holy Forest Academy which brings him closer to the first step in his aim.

His skill sets are all going to be put to test because his class has a notorious reputation. They have forced every other teacher to retire before him and are planning to do the same to Onizuka.

Similar to Jojo’s Bizarre Adventure, here we follow the journey of Onizuka in a rather unconventional way.

Saitama has only one aim before his eyes and that is to become a hero. He is ready to do anything to achieve. This is why he goes on training for three whole years and trains so much that he becomes overpowered as a result.

Now he can literally defeat anyone with a single punch and fighting becomes boring for him. Amidst all these, a cyborg named Genos comes to him and takes him to the Hero Association so that Saitama can become a certified hero in the society.

On a similar note to Jojo’s Bizarre Adventure, we find Saitama engaged in some hilarious adventures and fights.

This hilarious anime revolves around bento boxes. During the day they are listed at their usual prices. But at night the prices are halved and a war breaks out to buy them. There are no friends in that battlefield and each is on their own.

Satou who has no knack of fighting gets suddenly introduced to this new world. Together with Sen and Hana, he learns what it means to gather one’s food.

Both Jojo’s Bizarre Adventure and Ben-To follow a unique way of storytelling where brawls are quite common.

When Yuusuke Urameshi sacrifices his life to save someone else, the spirit realm decides to give him a second shot at life. He has to work under Death God Botan and serve as a Spirit God detective on Earth.

Yuusuke had never imagined that his life would turn out to be this way. It is rather fortunate that this chance has fallen on his lap. But will he be able to redeem himself this time? Only time will tell.

Get ready to follow Yuusuke in his epic journey just like you followed Jojo in Jojo’s Bizarre Adventure.