13 Anime Like The World’s Finest Assassin Gets Reincarnated in... 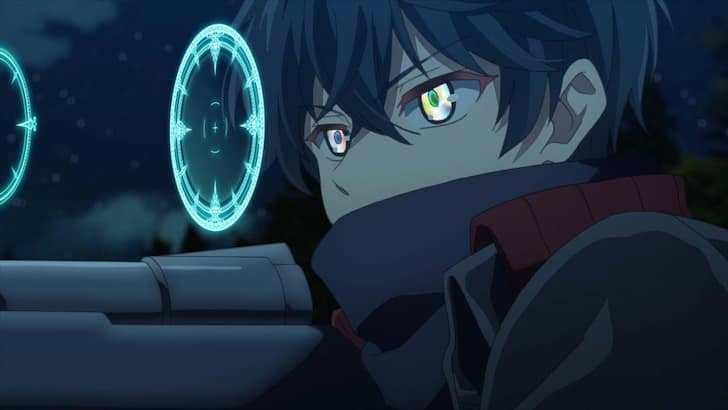 This story is about the world’s finest assassin who gets betrayed by the very organization to whom he had sworn his loyalty. But his assassin skills get noticed by a goddess who offers him a chance to get reborn in a different world and slay its hero.

Obviously, our assassin agrees to that proposition and an epic adventure unfolds before us. World’s Finest Assassin takes the concept of Isekai to a whole new level with entertaining scenes that keep everyone hooked.

If you are also looking for some anime similar to the World’s Finest Assassin (Sekai Saikou no Ansatsusha, Isekai Kizoku ni Tensei suru) then have a look at the below list of recommendations.

Best Anime Shows Similar to World’s Finest Assassin Gets Reincarnated Into Another World As an Aristocrat:

Two siblings are the stars of this story who get sucked into a different world after accepting the invitation to a chess match. They are Sora and Shiro and they have been dominating the gaming world behind the username of Blank.

Now, they will spend their time in Disboard where every conflict is treated like a game and they need to wager something valuable to them.

Just like The World’s Finest Assassin, the main characters get reincarnated in a different world and try to navigate it.

2. How A Realist Hero Rebuilt the Kingdom

Kazuya Souma wants to become a civil servant but the sudden death of his grandfather puts him in a tight spot. As if to rub salt on his wounds, he gets teleported to the Elfrieden Kingdom where he will be used as an offering.

However, our hero takes control of the situation and decides to use his skill to change the kingdom’s economy for the better.

Soon, Kazuya finds himself as the King of Elfrieden with a mission to restore glory to the kingdom. Both The World’s Finest Assassin and How A Realist Hero Rebuilt the Kingdom has a main character who is going to be very vital for the world they were transported to.

3. That Time I Got Reincarnated As a Slime

Satoru Mikami is in his 30s and completely happy with his monotonic life. But peace doesn’t last for everyone and Satoru gets stabbed one day. Instead of dying, he is reborn as a slime in a mysterious world.

After forming friendly relations with a dragon in that strange world, he learns that he has got some special powers that may prove to be crucial in the long run. Similar to Ansatsu Kizoku, this is also based around an Isekai theme.

4. Arifureta: From Commonplace to World’s Strongest

No one would ever want to be in the shoes of Hajime Nagumo because he seems to have the worst luck in his life. Even though he gets sent to a fantasy world along with many of his classmates, he gets the worst skill out of all of them.

Moreover, he gets betrayed during an expedition in the labyrinth which turns the situation even worse. Arifureta follows a similar plot like Sekai Saikou no Ansatsusha, Isekai Kizoku ni Tensei suru, as we see Hajime overcoming all odds to make the best use of his skills.

Kazuma follows the plot of typical Isekai anime and finds himself in a different world. There he meets Aqua who is basically trash at anything she does.

The duo pair up to go on a wild adventure as they look to gather more companions along the way.

More Anime shows to watch if you liked World’s Finest Assassin Gets Reincarnated Into Another World As an Aristocrat:

6. Mushoku Tensei: Jobless Reincarnation
7. The Rising of the Shield Hero
8. Spirit Chronicles
9. Tsukimichi: Moonlit Fantasy
10. Drifters
11. The Fruit of Grisaia
12. The Familiar of Zero
13. Re: Zero