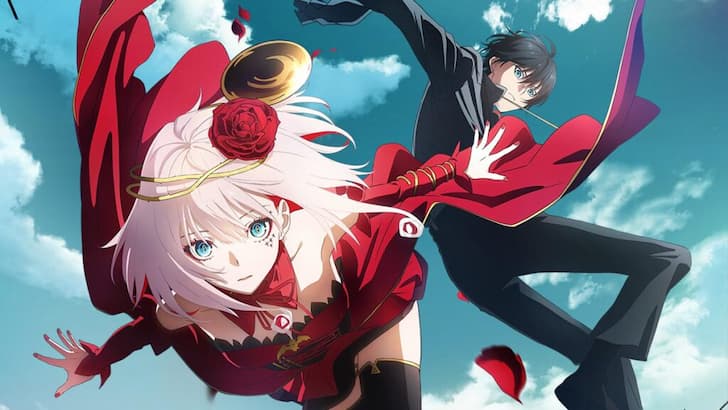 Takt Op. Destiny is a seasonal anime that has managed to make quite the noise in the anime world. It is based around the emergence of D2s who are a threat to humanity. The only ones who can fight against them are the Musicarts controlled by the Conductors.

Takt Op. Destiny tells a beautiful story of a Musicart and a Conductor and you can find some similar anime in our recommendations below.

1. Darling in the Franxx

Klaxosaurs are a threat to the population of humans and they have forced them to take shelter in various Plantations. The children born in these plantations are trained from a young age in order to fight against these Klaxosaurs.

Only large mechas called FranXX can be used to counter those monsters and they are controlled by a pair of boys and girls. Just like the duo of Takt and Cosette in Takt Op. Destiny, we find the duo of Hiro and Zero Two here.

The Gastrea virus has been causing widespread panic among the humans and they are forced to live within Monolith walls containing Varanium that acts as a counter to Gastrea. But small amounts of this virus can also give superhuman powers to children who are dubbed as Initiators.

Each of them is given a Promoter as a partner and these teams of two are the only hope of keeping humanity alive against the monsters of Gastrea virus. The concept of Initiators and Promoters in Black Bullet is very similar to the concept of Musicarts and Conductors in Takt Op. Destiny.

Monsters begin to attack Tokyo-3 after almost 15 years of the Second Impact. These monsters are called Angels and only powerful mecha robots called Evangelions are capable of stopping them. The production of these Evangelions is the responsibility of NERV commanded by Gendou Ikari.

In comes his 14 year old son, Shinji Ikari who is apparently the only one capable of controlling Evangelion Unit-01. Will Shinji be able to conquer his trauma of losing his mother and save humanity from its impending doom?

Both Neon Genesis Evangelion and Takt Op. Destiny is based on an action-packed plot involving mechas.

This story is about Simon and Kamina who lead their lives in an underground village. Just like any other day, they are out exploring the earth and come across an ancient war artifact.

The duo names it as Lagann and even uses it to counter Yoko Littner. This creates a path for them to go straight to the surface and see a whole new world that was kept hidden to them.

Suddenly they find themselves involved in a fight against the Beastmen who are proficient in ravaging the land with the help of Gunmen. Just like Takt Op. Destiny, the main character controls a mecha like unit in this anime to fend off monsters.

In the year of 2039, we find Japan under the rule of GHQ. This happened almost 10 years after the breakout of Apocalypse Virus that caused widespread terror among the people. The only organization that is providing solid resistance against GHQ is the Funeral Parlor.

A member of this organization is Inori Yuzuriha who somehow gains the Power of Kings. He now faces an important task as a Funeral Parlor member to take the battle to GHQ and gain back their Japan. Similar to Takt Op Destiny, we see a group fighting against enemies in order to get their freedom.