50 Goriest Anime of All Time – Ranked 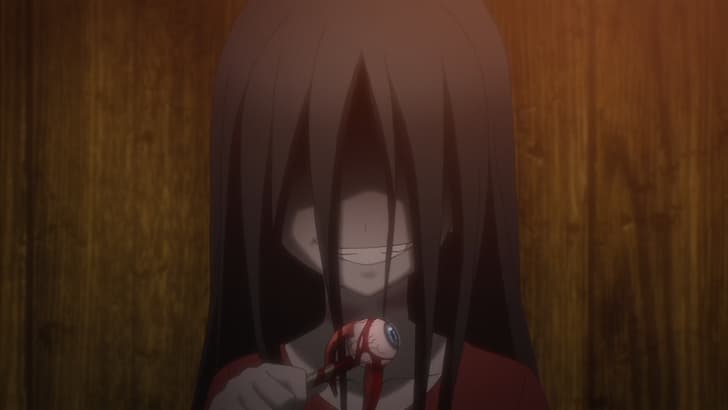 Gore is a genre that attracts a lot of viewers. Sure, some people may get irked by it and feel disturbed. But people who solely search for goriest anime enjoy this category a lot.

It can be quite thrilling to watch with mad twists throughout the story. So, if you are also someone who loves gore then here are some of the goriest anime of all time.

50 Best Goriest Anime Shows and Movies of All Time [Ranked]:

This anime is about a farewell gone wrong. When nine students gathered in their academy to bid farewell to their friend, they had no idea what was awaiting them next.

Their main mistake was using charms connected to an elementary school in which many gruesome murders took place. Since their academy was built on the remains of that same elementary school, they passed to an alternate dimension where they need to try their utmost best not to join the vengeful spirits.

Lucy has got some special telekinetic powers that attracts the attention of the government. It performs inhuman experiments on Lucy who escapes at the first opportunity she gets.

But unfortunately she develops a split personality while trying to escape and comes across two college students. They also happen to be cousins who take Lucy under their care while being totally oblivious to the fact that the government is after her.

Akira Fudou has a weak heart and he can never form a strong resolve. So, when his friend Ryou Asuka tells him to go and uncover the mysteries of devils he agrees to it. But unfortunately they arrive at Sabbath where the devils try to take control over their body.

Akira decides to fuse with the devil in order to save his friend and becomes the Devilman Crybaby in that process. Thus, a new life begins for the duo as they try to eradicate these devils possessing a threat to their loved ones.

Also Recommend: 50 Anime Where The Main Character is OP But Hides it

Hellsing is an organization that was created to solely defeat creatures of the darkness. Wingates Hellsing resides at the top of the organization and controls everything smoothly through her military. But her secret weapon is her vampire Alucard who fights against his own kind.

He has a servant named Seras Victoria with him and the duo keeps on repelling anything that dares to stand in Hellsing’s way. Hellsing takes gore to the next level and is definitely a must watch.

Gantz should literally have a warning before anyone starts watching it. The amount of gore in it probably crosses all limits. It takes place in a world where the afterlife is a terrifying place to be in. Kei Kurono learns this the hard way after he is thrown into that world.

He is completely at a loss and doesn’t know how to survive. His wit and skills will be put to test and even God won’t be there to help him. Will Kei Kurono be able to survive in such a world or will he slip into darkness?