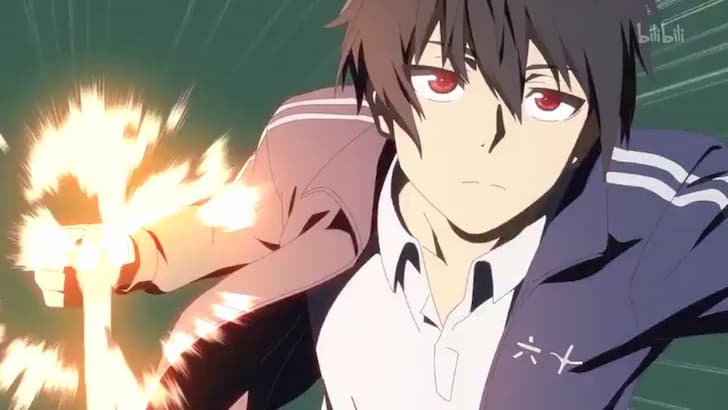 We have seen a lot of anime with an overpowered main character. But what about those titles where the protagonist decides to hide their powers and pretend that they are not so strong? What are their motives to do so?

Well, each their own reason but it sure is satisfying to see when they finally decide to go all out. Let us look at some of those anime where the main character is OP but hides his power.

1. The Daily Life of the Immortal King

This is a Chinese cultivation anime where the main character has been a cultivation genius since his childhood. He started opening up new realms at an early age and he is pretty much invincible at his current state.

But after turning 16 years old, when he has to attend high school, he decides to keep it low key. Despite that his attempt seems to be in vain as he risks exposing the true nature of his power.

This is a must watch and our No.1 recommendation if you are looking for a Chinese Cultivation anime with op mc who hides his power.

2. Classroom of The Elite

Koudo Ikusei Senior High School has a method where they divide each class into various sections from A to D. The students are shifted into various classes on the basis of their talent and those at the lower class can get promoted to a higher class if they can get better scores by any means possible.

The scenario is perfectly set for the protagonist to hide his power but in this cutthroat school it may be difficult to hide his true abilities for long. This is a must watch show if you are looking for an anime where MC is an OP transfer student.

3. The Irregular at Magic High School

This story takes place in a setting where magic is taught in schools. In one such school they have a system of dividing the students based on their merit into Blooms and Weeds.

Tatsuya and Miyuki Shiba get sorted as Blooms and Weeds respectively. But Tatsuya does not seem to be a Weed since he possesses extraordinary abilities which earns him the title of irregular. Has Tatsuya been hiding his real power all along?

Shigeo Kageyama studies in the eighth grade and he discovered that he has psychic powers a long time ago. But he decided to keep his powers in check in fear of the repercussions.

He even got himself under the wings of a con artist to learn how to contain his power. Despite that, it seems Shigeo has a lot of potential still stored within him that can explode any moment and cause huge fatality.

It will be a miracle if they succeed in preventing it from happening.

This story revolves around a set of special eyes called Alpha Stigma. They are a double edged sword and with their special ability to analyze magic, they are also known to cause destruction and death.

Ryner Lute is our main character in this story who possess Alpha Stigma and he promises to make his homeland a better place after witnessing the death of many of his friends.

So when his best friend, Sion becomes the king, Ryner goes on a journey to discover the relics of legendary heroes that can also help him to uncover the secrets of his eye in the first place.

More Anime Shows With Overpowered Main Character who hides his Power/Pretends to be Weak:

6. Trigun
7. The Devil is a Part Timer!
8. One Punch Man
9. Quanzhi Fashi
10. Chrome Shelled Regios
11. The Disastrous Life of Saiki K.
12. Akashic Records of Bastard Magic Instructor
13. Didn’t I say to make my ability average
14. Noragami
15. Chivalry of a Failed Knight
16. The Seven Deadly Sins
17. The Asterisk War
18. Strike the Blood
19. Horizon In the Middle of Nowhere
20. That Time I Got Reincarnated as a Slime
21. Banished from the Hero’s Party, I Decided to Live a Quiet Life in the Countryside
22. Katanagatari
23. Ou Dorobou Jing (Jing: King of Bandits)
24. Unlimited Fafnir (Juuou Mujin no Fafnir)
25. Blue Exorcist
26. Beyond The Boundary
27. By the Grace of the god
28. Death march to the parallel world rhapsody
29. Sword Art Online
30. Plunderer
31. Assassination Classroom
32. Rurouni Kenshin
33. Kekkai Sensen
34. The King’s Avatar
35. Haven’t you heard? I’m Sakamoto
36. World Break: Aria of Curse for a Holy Swordsman
37. Tenchi Muyo! War on Geminar (Isekai no Seikishi Monogatari)
38. Spirit Chronicles
39. The Fruit of Grisaia
40. Arata Kangatari
41. Darker than Black
42. Bungo Stray Dogs
43. Lord Marksman and Vanadis
44. The Eden of Grisaia
45. Tears to Tiara
46. Undefeated Bahamut Chronicle
47. Tales Of The Abyss
48. Charlotte
49. Maburaho
50. Battle Game in 5 Seconds