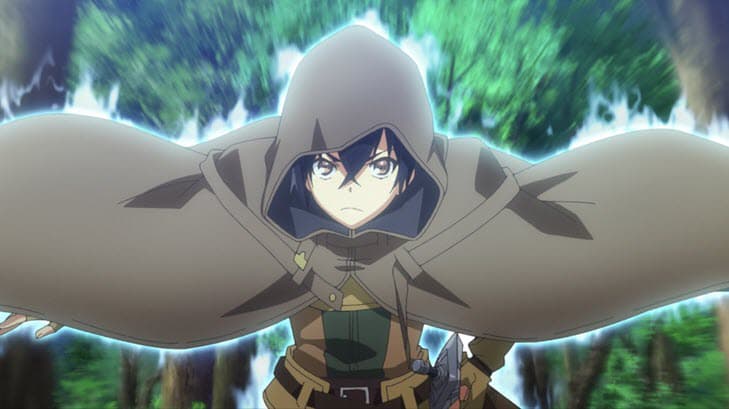 Spirit Chronicles is an Isekai anime combined with magic revolving around a 20-year-old boy. He dies after being involved in an accident but instead of going to the afterlife, he finds himself in a strange world.

He has woken up in the body of a boy named Rio but his passion from his previous life has remained. Here are our list of recommendations for more anime like Spirit Chronicles where you can find theme of Isekai with the protagonist starts off as weak but becomes too powerful as the series progresses.

1. That Time I Got Reincarnated As A Slime

This is one of the most popular anime of recent times and it also happens to be of the Isekai genre. Our protagonist Satoru Mikami is a corporate worker who is happy with his peaceful life.

But his peace doesn’t last for long as he gets stabbed one day and dies due to his injuries. When he wakes up he finds himself reborn not as a human but as a slime in a fantasy world.

Just like Spirit Chronicles, the protagonists in this anime too dies and get reincarnated in a world full of magic. Basically, they both belong to the Isekai category.

You would think that when someone has been bullied and oppressed all his life he would never think about others. Well, our main character definitely did not have that idea and he ultimately died while trying to attempt a heroic task.

Fate decides to reward him as he gets a second shot at life after being born as a child to two great parents. He also has an advantage in this new life since he retains all his previous memories and can now use them to hone his magical skills in this world.

Similar to Seirei Gensouki, the main character in this anime too dies and after getting reborn preserves all the memories from his previous life.

3. Re:Zero − Starting Life in Another World

Who doesn’t know about Re:Zero? There have been countless memes and posts regarding this anime which has also contributed to its popularity.

The character we will focus on here is Subaru who gets Isekai’d right after leaving the convenience store. Things are not looking great for him in the new world too as some thugs start attacking him. Luckily, he comes across a beautiful girl named Satella who saves his life.

After getting reborn, the protagonist starts from the bottom and slowly works his way to the top.

Also Recommend: 15 Anime Like Re:Zero – Starting Life in Another World

The last thing you would want is to die just after you have bought a brand new game. Well, luck did not favor Kazuma Satou and it seemed worse when he regained his consciousness. This is because he found an arrogant goddess named Aqua in front of him who can easily annoy anyone.

He also gets the task of defeating the Demon King which seems overkill for someone new to that world. Will Kazuma’s luck ever get better?

They start their second life in a new world that is completely unknown to them and is full of magic. Both the anime are filled with a thrilling adventure that will keep you glued to the screen.

Having your sibling as a gaming partner is awesome and Sora and Shiro enjoy every moment of it. But when they get transported to another world they seem lost for a moment.

In the new world, they find the God of Games, Tet who explains that every issue in that place is settled through games. It is clear that Sora and Shiro are in familiar territory so they set their sights high and aim to take down Tet himself.

An intense story set in a new world where the main characters must work hard enough to give themselves a fighting chance. We are pretty sure that fans of Spirit Chronicles will love this anime.

6. The Rising of the Shield Hero
7. The World’s Finest Assassin Gets Reincarnated in Another World as an Aristocrat
8. Overlord
9. How a Realist Hero Rebuilt the Kingdom
10. By the Grace of the Gods
11. Knight’s and Magic
12. My Next Life As a Villainess
13. Saga of Tanya The Evil
14. Ascendance of a Bookworm
15. The Familiar of Zero