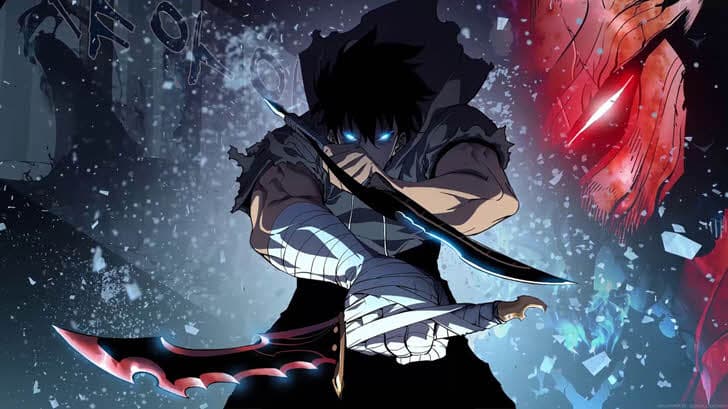 Solo Leveling has started to make a lot of noise in the anime world. Although there hasn’t been any anime adaptation for this manga, there are a few other anime series that are similar to it. The story of Solo Leveling revolves around hunters whose job is to fight against the monsters appearing from The Gate.

Among them there is a hunter called Sung Jin-Woo who is deemed as the weakest of the lot. If you are looking for more anime like Solo Leveling, that takes you on a similar wild adventures, then these recommendations are for you.

1. Is It Wrong to Try to Pick Up Girls in a Dungeon?

This anime takes place in the city of Orario which is home to the Dungeon. Basically, the dungeon is an underground maze that the people can choose to explore. It can not only reward the adventurer with treasures but there are also dangers lying around.

Amidst all these, an adventurer will meet a failed god and the story will start. Similar to Solo Leveling, here you will find a gateway which opens into a space of monsters.

Also Recommend: 14 Anime Like Is It Wrong To Try To Pick Up Girls In A Dungeon?

Satoru Mikami is the protagonist of this story who finds himself on the verge of death after being stabbed. But instead of passing to the afterlife, he gets reincarnated as a slime in a different world.

Although it seems very weak at first, Satoru can now absorb anything and change his appearance at will. Similar to Solo Leveling, the main character here seems weak at first but gets pretty strong later.

The Tower is a dangerous place consisting of various levels. Glory awaits those who can manage to reach the top of the tower. But only a few selected people are allowed to enter it and clear the various floors.

Among them, an Irregular named Bam finds himself entering the tower without any invitation. He has come in search of her girlfriend and will do anything it takes to meet her again. Both these anime have a protagonist who is highly underestimated.

In this anime, we find ourselves observing the land of Yuguto. There are various areas dividing the whole land and each one of them is ruled by a king. Naturally, they engage in small wars but overall peace and stability is maintained by all of them.

However, one day a group of monsters suddenly appeared who pose a big threat to the land of Yuguto. The residents must now come up with a way to defend their hometown. In this anime, there is a sudden appearance of a group of monsters just like in Solo Leveling.

Also Recommend: 16 Anime Like The God of High School

5. The Rising of the Shield Hero

This story follows the story of a character who was brought in a group of four to save their homeland of Melromarc. It has been hit with numerous disasters and now they need to defend it. But our protagonist is assigned a shield as a weapon which has very little offensive use. He gets ridiculed a lot which forces him to go on a solo journey.

In his journey he acquires a demi human as a slave and trains by himself to get stronger. Now he just needs to patiently wait for the chance to prove himself in front of others.

As we saw in Solo Leveling, the same thing happens in this anime where a character gets mocked for being weak but proves everyone wrong.

Also Recommend: 24 Anime Like The Rising of the Shield Hero

More Anime shows to watch if you loved Solo Leveling: