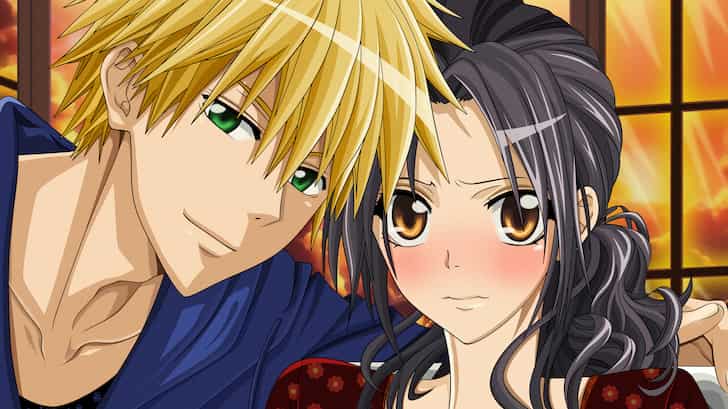 Misaki Ayuzawa is the first female student council president of a school that has just turned co-ed. She has taken things completely into her hand to maintain decorum at school which has earned the nickname of Demon President.

But when Takumi Usui finds out that she works as a find, the situation becomes too complicated for her. If you loved Kaichou wa Maid-sama! and are looking for more anime like Maid Sama, then this list of recommendations are for you.

Haruhi has entered Ouran Academy by earning a scholarship. One day while she was trying to find her way into the Music Room, she stumbled across the Host Club.

Their job is to keep the girls of the school entertained and Haruhi quickly tries to escape from that room. In the process, she destroys a very valuable vase and has no other choice than to join the club as a boy.

Just like in Maid Sama, the female protagonist has to keep her identity hidden which creates a string of comedic situations.

Sawako Kuronuma is often misunderstood for her resemblance to the fictional character Sadako. In order to make friends, she tries getting close to the most popular boy in the class, Shouta Kazehaya.

In Shouta’s courage test, she further gets a chance to make new friends in the form of Ayane and Chizuru. Sawako realises that Kazehaya is playing a big role in changing her life but she is completely oblivious to the fact that vice versa is happening too.

Similar to Maid Sama, the boy and the girl impact each other’s lives and eventually get close to one another.

Nanami is a troubled high school kid who is suffocated by her problems both at school and at home. One day she comes across a man who offers a place in his home to Nanami after she helps him.

In that place, Nanami gets mistaken as a replacement god by a fox familiar, Tomoe who refuses to work with a human. Despite getting off on a rocky start, the two eventually form a contract as Nanami starts developing unexpected feelings for him.

Both Kamisama Kiss and Maid Sama have a girl and boy who don’t start their relationship on a strong note and slowly start having feelings for each other. So we think this will be a perfect watch for you if you are looking for an anime like Kaichou wa Maid-sama!.

The centre of focus in this story is Tooru Honda. She has to live in a tent after her mother passes away tragically. Her temporary residence coincidentally happens to be on the property of the Souma family. One of the family members, Yuki is Tooru’s classmate who invites her to their home.

After she takes up residence there, she discovers a secret that whenever anyone from the opposite sex hugs the members of the Souma family, they turn into Chinese Zodiacs.

Hikari has always been a child prodigy. So, when she challenged Kei Takishima and lost in a match, it hurt her ego a lot. She decided to crush him in every aspect of life and joined the same school as him. On the other hand, Kei has some deep feelings for Hikari that she is completely oblivious to.

As we have seen in Maid Sama, the same thing happens here, where a character falls for a person completely opposite to him and they gradually come close to each other.

6. Toradora
7. Snow White with Red Hair
8. My Little Monster
9. Blue Spring Ride
10. Wolf Girl and Black Prince
11. Say “I Love You”
12. Kakuriyo: Bed and Breakfast for Spirits
13. His and Her Circumstances