13 Anime Like Higehiro: After Being Rejected, I Shaved and... 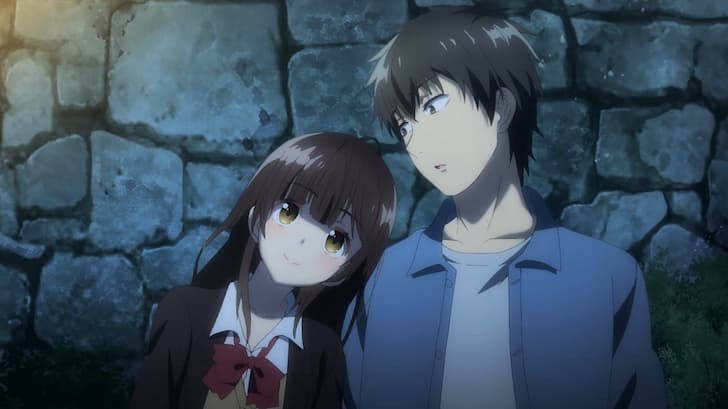 Higehiro is a slice of life anime that can literally soothe your soul. It starts with a guy named Yoshida who wakes up one day and is surprised to see a school girl in his house. He starts recollecting his thoughts and remembers that last night he was rejected by his boss.

So he was sitting in a bar and trying to drown his sorrows. But one thing led to another and now he has ended up with the girl in his place.

This anime will make you think twice about your life and here are some more anime like Higehiro that you are sure to enjoy watching.

Best Anime Shows Similar to Higehiro: After Being Rejected, I Shaved and Took in a High School Runaway:

1. Sing “Yesterday” for Me (Yesterday wo Utatte)

Rikuo is a college pass out who is currently spending his life working at a convenience store. He has no hope left of the future and just passes his days aimlessly. But when two characters named Haru and Shinako enter his life, it speeds everything up a lot.

Haru’s living situation is a lot similar to him and she opens up about her feelings to Rikuo. Meanwhile, Shinako is an old crush of his who is still bound by her past.

As we saw in Higehiro, in this anime we will see a girl having feelings for an older guy who get rejected by another girl.

Everyone thinks that Hanabi and Mugi are the perfect couple. But in reality they are bound by a painful secret. Hanabi is in love with her neighbour while Mugi loves a girl named Akane. Unfortunately for both of them their crushes meet between themselves and start getting close.

So when Hanabi and Mugi discover this fact they try to heal each other and develop a bond slowly in that process. Similar to Higehiro, here we will see the characters learning about lost love and rejection.

It can never feel great to be stood up by your date. This sad incident happened to Fumihiko and just when he was about to go home, a girl named Aka decided to watch the movie with him. Later that night Aka’s house burned down and the duo ended up sleeping together.

This one incident led to further complications in their professional life as they tried to keep their live-in relationship under the wraps. Just like Higehiro, here we find a teenage girl getting attracted to an older salaryman.

Imagine being a wedding planner and not having a girlfriend yourself! This is the exact situation Saeki finds himself in. The fact that he lives with his divorced father doesn’t help his love life either. So after getting dumped by his girlfriend, when he meets a high school girl he thinks the situation may just have changed.

But it turns out that the girl is his sister and she is going to live with them. Both these anime have a high school girl generating feelings for a guy with a significant age difference.

Maika is a 16 year old girl who wishes to become independent and study abroad. But to do that she needs money and she has been getting rejected for all part time jobs.

Luck is finally on her side when she applies to a special cafe and gets recruited as a sadistic waitress. She even manages to complete her first order combined with her clumsiness.

In Blend-S we will see a romantic chemistry between a teenage girl and an older guy just like in Higehiro.

More Anime Shows To Watch If You Loved Higehiro: After Being Rejected, I Shaved and Took in a High School Runaway: