15 Anime Like The Daily Life of the Immortal King 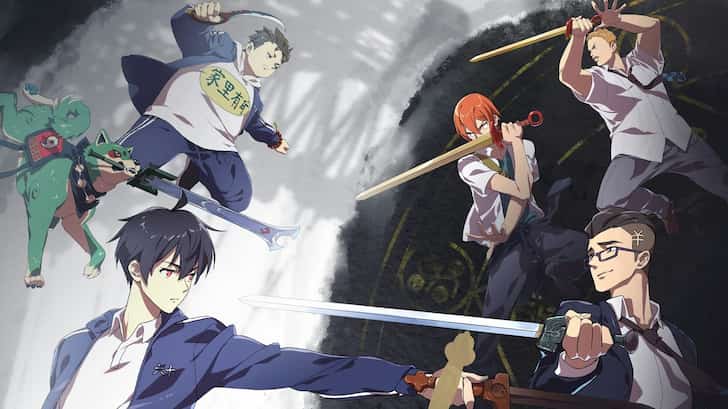 Wang Ling has been a cultivation genius since he was one year old. He has opened a lot of new realms that has made him practically invincible. But even the strongest of people have a weakness and in our hero’s case, it is high school.

He is hoping to lead a quiet life in his school but the challenges that keep popping up out of nowhere may prevent him from doing so.

If you want to watch more anime with over powered MC like The Daily Life of the Immortal King (Xian Wang de Richang Shenghuo) then here is a list below.

Best Anime Shows Similar to The Daily Life of the Immortal King:

1. The Misfit of the Demon King Academy

When the war between humans and demons gives no sign of stopping, the demon king gives up his own life to wake up into a peaceful future. But several years later, when he finally reincarnates and attends the Demon King Academy, he finds that history has been rewritten and people don’t remember him like he used to be.

This causes his reincarnated self to be called a misfit as he looks to find the cause behind all these alterings. Both these anime have an incredibly strong MC, who gets labeled as different due to their abilities.

Mo Fam gets reborn in a different world where Science holds no meaning and Magic is the ultimate truth. He is born into a poor family and he decides to use his magical aptitude to uplift his family members.

He starts attending a famous magic school where even though he gets ridiculed in the beginning, people slowly start taking note of him. He also masters the fire and lighting element easily which will help him to face the upcoming challenges with ease.

If you loved The Daily Life of the Immortal King, then you will also like this one too as here we have a MC who is a cultivation genius and becomes star of his school.

3. The Irregular at Magic High School

This story takes place in a world where magic is taught in schools. Two siblings by the name of Tatsuya and Miyuki Shiba attend the First High School where students are divided into ‘Blooms’ and ‘Weeds’ based on their abilities.

Although Tatsuya gets grouped as a weed, he is soon labeled as an irregular due to his all-round stats that catches everyone’s attention.

Similar to The Daily Life of the Immortal King, you will find a powerful protagonist in this story that breaks all the myths of being a ‘Weed’.

Ye Xiu is the master of the game Glory and is widely known as a devastating player. But when is forced to go into retirement, he feels dejected and takes up a job at a nearby cafe.

Life gives him another chance when Glory launches its new servers and Ye Xiu dives into the game again with a different name.

This is another Chinese anime like The Daily Life of the Immortal King in our list where we have an OP protagonist who breaks his way through everything.

5. The Legend of the Legendary Heroes

Ryner Lute is in possession of a special type of eyes known as Alpha Stigma. They can not only uncover any type of magic but also cause widespread destruction.

Ryner attends Magician Academy of the Roland Empire and promises to make his nation a safer place after many of his friends die in the war.

Similar to Xian Wang de Richang Shenghuo, the protagonist in this anime too has powerful abilities and goes to high school.

More Anime shows to watch if you liked The Daily Life of the Immortal King: