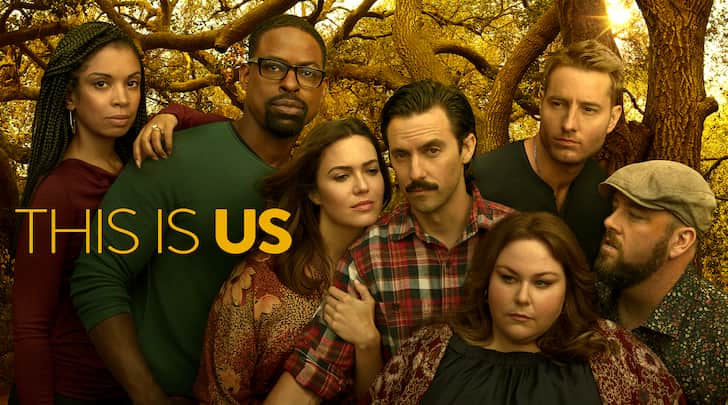 With the sixth season of This Is Us due to be its last, you may be looking for a new show to fill the void. Whether it’s a new emotional gem that you can connect with, a drama that explores the complexities of family dynamics, or a show that tugs at your heartstrings and has you in tears, we have got you covered. Here are 7 shows that fans of This Is Us are sure to love.

Best TV Shows and Web Series Similar to ‘This Is Us’:

In A Million Little Things a group of friends is left dealing with grief after the leader of their group, Jon, commits suicide. Just like in This Is Us, this show’s strength is its focus on the relatable characters.

A Million Little Things will tug at your heartstrings and, similar to This Is Us, it uses creatively cut scenes to hide important information, adding more mystery into the mix.

Before This Is Us had even premiered, the Braverman’s of Parenthood were already a successful family dramedy. Just as with This Is Us, this show also focuses on a family and will be sure to make you cry with each episode.

Parenthood follows the lives of three generations of the Braverman family, along with all the complicated family dynamics you could expect. It’s also got a fantastic cast, including Lauren Graham, Dax Shepard, Peter Krause and Mae Whitman.

Vida tells the story of two sisters, who are forced to come together following the death of their mother. Together, Lyn and Emma, have to work together to try to reinvigorate their mother’s struggling bar. Yet, both are deeply haunted by the memory of their mother, although in very different ways.

Similarly to the struggles of the Pearson Big Three in This Is Us, Vida also raises the questions of how we are shaped by our parents, as well as wider issues of identity. Airing on Starz, Vida is more sexually explicit than This Is Us, so is perhaps best watched after the kids are already asleep.

If you’re looking for a show that’s going to pull at your emotional heartstrings, look no further than Atypical.

This family dramedy tells the story of the Gardner family, whose eldest son, Sam, is on the autism spectrum. Whilst his family are very protective of him, particularly his mum and sister Casey, Sam decides that it’s time to begin to explore his own independence and perhaps even to find a girlfriend.

Just like This Is Us, one of the best things about Atypical is the way that the show takes time to really focus on the different relationships, as well as creating well-rounded characters.

Party of Five tells the story of five siblings, who are forced to cope after the sudden and unexpected death of their parents in a car crash. Just as with This Is Us, with Party of Five you will be reaching for the tissues with each episode, in this emotional family drama.

As the relationships between the siblings are explored, this show draws viewers in, making you care about the characters and what happens to them, just as you do in This Is Us. The original is still available to view, whilst a new immigration-themed remake is due to premier next year.

Queen Sugar tells the story of three siblings, who inherit their father’s 800-acre sugar farm following his death, in modern day Louisiana. Similarly to This Is Us, Queen Sugar deals with the themes of legacy, as well as considering identity and the theme of nurture vs. nature.

However, Queen Sugar also offers a deeper insight into issues which are uniquely faced by Black Americans in today’s society, with all its complexities.

Trying focuses on a modern-day Irish/British couple and their attempt to adopt a baby, after the National Health Service stops covering their fertility treatments. Just as This Is Us deals with the themes of adoption and chosen family, so too does Trying.

Despite primarily being a comedy, Nikki and Jason’s trials and struggles as they try to become parents, will tug at the heartstrings of all This Is Us fans.

If you’re looking for a show to fill the This Is Us shaped void, then look no further than the shows on this list. From heart-warming shows, to those that will tug at your heartstrings and leave you in tears, as well as plenty of characters you’ll fall in love with, you won’t be short of choice.

Author Bio: Christina Lee is a successful project manager at Write my admission essay, where she offers tips and advice to businesses of all sizes, helping them to improve their marketing strategies.