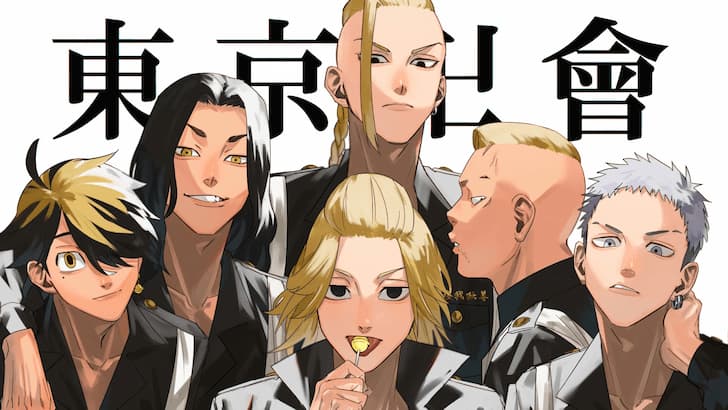 Tokyo Revengers is one of the most trending and hottest anime right now. The manga is in its last arc but the story only got popular after the release of its first season. The core of Tokyo Revengers lies in fights between gangs. And then comes our protagonist Takemichi who may be one of the weakest main characters we have ever seen.

If you enjoyed Tokyo Revengers and are eagerly looking of other similar anime like Tokyo Revengers, then you are at the correct place. Check out our list of recommendations below.

This anime is undoubtedly one of the best anime that you will ever see. The main character is Okabe who indulges in various quirky experiments along with his lab partners – Mayuri and Itaru.

Their best invention is a device named Phone Microwave which does not seem impressive at first but soon they find out that it has the ability to send things back in time.

Time travel is involved in both the stories as our main characters try to alter the flow of history.

Naho is feeling tense for the start of her high school year. Her uneasiness is increased even more after she gets a mysterious letter addressed to her from herself – 10 years down the future. The letter tells her what exactly she needs to do in order to avoid the regrets that her future self holds.

Just like we saw in Tokyo Revengers, the main character in Orange uses the concept of time travel to save the life of someone she loves.

Yuu has a supernatural power that he continuously misuses to get good grades. But this little venture soon gets caught by Nao who brings Yuu and his sister to an academy specially made for kids like him. Yuu then joins Nao and the other student council members in their task to track down kids who are misusing their powers.

The main similarity between Tokyo Revengers and Charlotte is that the protagonist takes up too much responsibility on his shoulder and ultimately crumbles under pressure.

As the title suggests, this story takes place in Ikebukuro which is home to many businesses and gangs. Makoto is the character we will focus on as he acts as a mediator between these gangs.

He knows the place like the back of his hand and is closely associated with the G-Boys. Interestingly, the G-Boys are also one of the most influential gangs in the district with Takashi as their leader.

Both the stories involve gangs as they engage in battles between them in order to establish which is the strongest gang in their area.

Satoru Fujinuma is a 29-year-old manga artist whose life changes after he discovers that he has the power to time travel. The power is not exactly under his control and he always finds himself transported to that time where he can prevent a tragedy.

So, when he finds himself 18 years back in the past after having wrongful murder charges on him, he realizes it may be connected to the death of his classmate.

Just like Tokyo Revengers, the main protagonist of Erased travels back in time to save the life of their classmate.

More Anime shows to watch if you loved Tokyo Revengers: