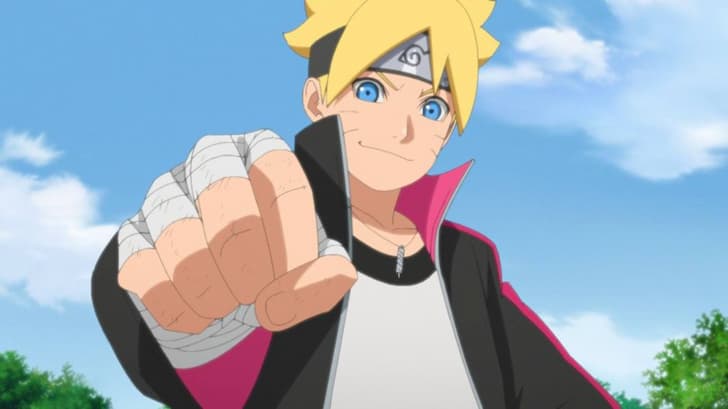 Boruto as an anime has been going through the trenches due to all the criticism it has received ever since its introduction. One may argue that majority of this criticism is quite unfair due to the high standards set by its predecessor, Naruto. If we judge the anime Boruto solely based on its own story, we will find that it is quite enjoyable.

The story of Boruto takes place after a long time has passed since the Fourth Shinobi World War. Naruto has become the hokage of the village and now his son Boruto will lead the new generation of Shinobi. But the era of ninja has also changed.

There has been a modern metropolitan touch to the village of Konoha as Boruto faces the pressure of living up to his father’s name. If you loved the anime and are looking for more anime like Boruto then check out our list of recommendations below.

Deku is an unlucky and Quirk less boy who wishes to become a hero. As luck would have it, he gets to meet his idol, All Might one day who transfers his Quirk to Deku. In just one moment, he goes from being a Quirk less kid to having one of the most powerful Quirk.

Similar to Boruto, My Hero Academia has a protagonist who struggles to carry heavy burdens on his shoulders. There is also the familiar school setting where the students work together to take the bad guys down.

Lucy is a celestial wizard who wishes to join the guild of Fairy Tail, one of the most famous guilds all around. However, she gets tricked by an imposter who kidnaps Lucy. Luckily for her, Natsu arrives at the perfect time to rescue her. He introduces himself as a member of Fairy Tail and takes Lucy along with him to her dream guild.

Like Boruto, we see a team of four working together in Fairy Tail. You will also find that both of our protagonists believe in the power of friendship in battles.

Yuji Itadori is a great athlete who consumes a strange finger one day. The finger happened to be a cursed object of the most powerful and evil curse, Sukuna. This grants Sukuna an opportunity to take over Yuji’s body and wreak havoc all around the world.

Before Yuji consumes any more of Sukuna’s finger, Megumi brings him to Jujutsu High to keep him under the watchful eyes of their teacher, Satoru Gojo.

The protagonists of both these stories have an evil character residing in them who can take control over their bodies any time they want.

All the threats of the world have been nullified and Goku now leads a peaceful life. But naturally, this soon becomes boring for our energetic Goku who is keen to get into another battle. On the other side, the God of Destruction Beerus has some plans that may just fulfil Goku’s wish.

Boruto and Dragon Ball Super are both sequels of two outstanding anime that have been a major part of our childhood.

Asta has always been looked down on by people for having no magic. So even though he gets the anti-magic grimoire, people don’t hold any expectations from him. But Asta refuses to give up since he has promised Yuno that he will be his rival in the journey of becoming the next Wizard King.

Both Black Clover and Boruto have a protagonist trying to prove themselves while working with their respective rivals.

More Anime shows to watch if you loved Boruto: Naruto Next Generations: