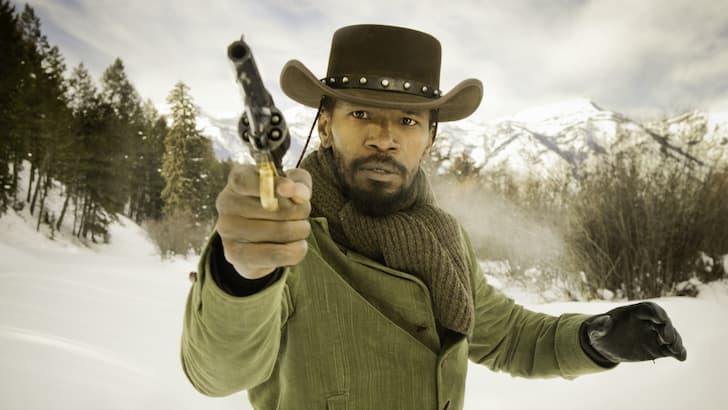 You’ve watched the film, loved it? And why wouldn’t you? Django Unchained (2012) is a Tarantino classic which is still the number 1 film with Box Office Mojo in highest grossing terms. This brilliant Western style film features superb actors with plenty of action, style, and dark humor throughout.

If you are a fan of Westerns and horror films then this little gem is right up your street. Set in the 1890s, the film charts a rescue mission carried out by an aging sheriff. His opposition is gang of cannibals who live in caves. Oddly, this film festival award winning film was actually dubbed a failure in the early days.

Usual and musical. This might not be the best work of the Coen Brothers, but it is an award-winning film. The film is made up of 6 different sketches, each with their own ending and each based on what life was like in the Old West.

You follow a singing gunslinger, a bank robber, a traveling entertainer, an elderly prospector, a wagon train, and a wicked pair of bounty hunters.

3. The Assassination of Jesse James By The Coward Robert Ford (2007)

A forgotten Brad Pitt film is what we have net on the list. Adapted from the novel by Ron Hansen, this film shows the story of the bandit Jesse James and the man who idolized him, Robert Ford. Ford attempts to join Jesse’s gang but becomes resentful of him. There is a focus on the events which lead up to the killing.

Another effort by the Coen brothers and one that gets more attending that the earlier mentioned Ballad of Buster Scruggs (2018). The film is adapted from a book of the same name and shows the story of a girl called Mattie who strives for revenge. Revenge for the death of her father.

A drunken lawman with a twitchy trigger finger is her choice of aid, but they are joined later by a Texas ranger who had ironically been tracking the lawman hired my Mattie.

Anything with Clint Eastwood starring in it must be worth a watch! This one is about a man who survives a lynching at the hands of a mob and then seeks vengeance against them. Jed Cooper (played by Eastwood) is the innocent man who returns to his original job of lawman in order to plot his vengeance against the 9 men who left him for dead.

One of the top 10 movies of the year according to the American Film Institute. The film follows two bank robbers who steal to support their family ranch. The brothers are tracked by two Texas rangers along the way.

This is based on a book by Donald E Stewart and shows the legendary US Army Captain and his reluctance in helping a Cheyenne and his family across hostile lands. It is easy to see his reluctance to help as there had been decades of fighting between the US army and various Indian tribes.

The story follows an impoverished rancher who decides to take on a very dangerous job: take a famous outlaw to justice. All he has to do is be at the train station when the train from Yuma at 3:10 arrives.

The story follows Joshua an African-American soldier who comes back home after the American Civil War. However he finds out that his mother has been murdered by a gang of white thugs. He becomes a bounty hunter, and you can probably guess the rest!

Our final offering is a black comedy Western set in the 1850s. This award-winning film plots the tale of the Sisters Brothers as this pursue a gold prospector and his ally. Despite its successes with the critics, this film did bomb in the box office.

Plenty to choose from and plenty of opinions to be made along the way. If none of these appeals then try anything by Tarantino – Kill Bill or Inglourious Basterds to name but a few.