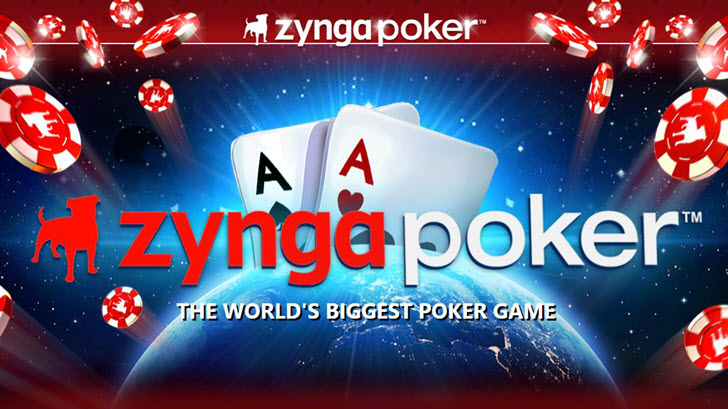 Zynga Poker debuted online in July 2007 and accumulated a player base of more than 38 million by 2011. While this mobile poker game remains one of the most popular apps on Android, there are other options out there for online casino players to consider.

According to Google Play, more than 272,000 players have taken the time to rate Governor Poker 3, which boasted an average score of 4.4 at the time of writing. Developed by Youda Games Holding B.V., this mobile poker game is intended for users aged 18 or older. Although it is free to purchase, there will be adverts and in-app purchases available.

Texas Hold’Em provides the core set of rules, though players can alter the format among cash games, sit & go tournaments, Spin & Play, Heads Up Challenge, Push Or Fold, and Royal Poker. Users can also team up in tournaments and make friends in the process.

Pokerist is the next-best mobile poker game on Google Play, with Android users rating the app 4.1 as the average score from more than 249,000 people. Kama Games has succeeded in developing a realistic online poker room in which users can compete while staring at each other’s avatars.

By playing every day, it is possible to receive free poker chips, which can also be won by competing in various tournaments. The winners can even receive trophies and these can help users to raise their status in the VIP scheme.

Blackjack Royale is an alternative option for the users who want to find similar games to Zynga Poker. Instead of poker, users can sit down and compete with virtual opponents to reach 21 first.

Created by North Sky Games, Blackjack Royale is available from the App Store and can be played by users aged 17 or older. The game modes include Double Exposure, Switch Blackjack, and Classic Blackjack, with success rewarded in the form of free chips.

Users of 12 or older are permitted to install Texas Hold’Em Poker Online on Apple devices via the App Store. The app has been programmed in English and can be installed on devices with at least 40.8 MB of space. New users are eligible to receive up to $50k in free virtual chips.

Texas Hold’Em Poker Online offers the option of signing in via Facebook and competing against friends or random users. The low data requirements mean that the app can function via Wi-Fi or a mobile internet connection. All results are tracked and each user can choose their avatar for the online poker room.

New Slots 2021 presents the option of an app that focuses on slot machines rather than table games or online poker. All formats can be fun and have a place at the top casino sites. As for New Slots 2021, the app is rated as 4.6 from more than 269,000 users.

By functioning on Android, New Slots 2021 can ensure that online casino players can receive an accessible service. In a recent study by Top10casinos.com, it is revealed that one in eight gamers suffer from visual impairment, with color blindness especially prevalent.

Guts Poker is hosted in a 3D environment in which the users have the full body and face of an avatar to control. The characters available include Chic Bronson, Cueball Thompson, Ying Fat, Jeff Lester, Ma Harding, and Paula Poundstone.

Developer RESETgame has made Guts Poker Club for Apple users of 17 or older and uses a quirky, fast-paced format in which each player receives four cards. They must then show guts by staying in or else admit they have no guts by folding. Those who stay in can receive two cards then select a fifth to complete their hand.

The World Series of Poker (WSOP) is the most famous competition in the sport. This officially licensed app has been developed by Playtika with oversight from WSOP. Ultimately, this poker app is available via the App Store and is suitable for users of all ages.

Texas Hold’Em or Omaha can be played in the app and there are cross-device opportunities to compete against friends. By connecting with Facebook, users can scoop up 250,000 free poker chips and there will also be missions to try and complete. More than 1.4 million users have rated WSOP Poker 4.3.

Rally Aces Poker is an up-and-comer on Android that has already secured an average score of 4.2 from more than 89,000 users. Outerdawn Limited is responsible for the development of this game in which users can select their preferred image as their avatar. Messages and emojis can be sent via the chat function.

Texas Hold’Em enthusiasts can find fast or slow tables, as well as Sit & Go and daily or weekly tournaments. There are even league tables in which to compete. When not playing poker, users can check out a modest range of slot games.

In Las Vegas, casino players love to play slot machines. In Xtreme Vegas, Apple users can install an app that focuses on the retro format of slot machines. Free coins are awarded daily and can also be won by performing well and matching symbols.

This fast-paced app is ideal for users who want to play offline. Meanwhile, developer Meme Inc produces new games every two weeks and these fresh releases can be found within the app. To shake up the action, the key features include multiplier wilds, locked wilds, and free spins.

Poker Heat has already been rated with a 4.4 average score by more than 375,000 users despite being new for 2021. However, Poker Heat still needs to prove that it has staying power when compared to developer Playtika’s monster hit, WSOP Poker.

This poker app is all about competition and will offer the chance for users to compete within 10 leagues and those who rise the highest will receive the most bonus chips. Users can find out more by liking the Poker Heat Facebook page and engaging with the community.