14 Anime Like To Your Eternity (Fumetsu no Anata e) 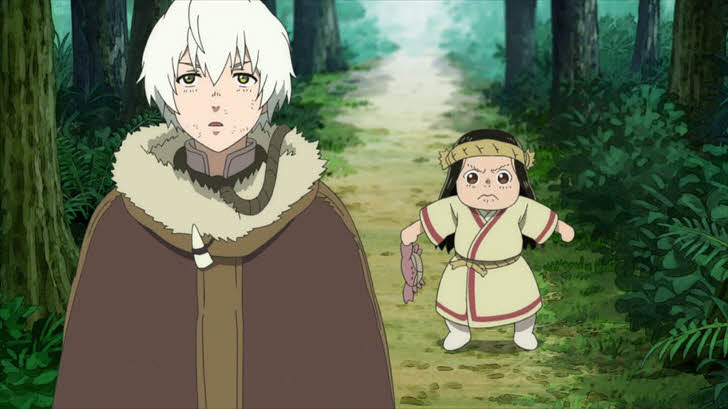 To Your Eternity is one of the anime series which focus on the existence and evolution of human. Purpose, Knowledge is among one of the influential themes in anime series.

This is a story of immortal being with no such emotions or personality sent to the earth by his creator. At first he takes the form of the rock and then form of the Wolf but both of them died due to some injury. Later he forms of a kid who is from a snow lands. After finally his settlement, the immortal sets off to a new journey to explore the world and find new experiences, places and people.

To your eternity has a lot of thought-provoking storytelling. This show has a lot of aesthetic style and human emotions and connection to the series. If you are looking for some anime series similar to ‘To Your Eternity’ (Fumetsu no Anata e), here are some of the recommendations.

Best Anime Shows Similar to To Your Eternity (Fumetsu no Anata e):

The story opens with a greedy Daigo Kagemitsu making a pact with Demons to save his dying lands. A group of 12 demons grant him his wish making his domain prosperous, however it has a price attached to it. When Daigo first son is born each demons takes one part of the baby like eyes, nose, ears, limbs, skin etc.

He disposes this child in a river but this child is now saved by a man who makes him prosthetic body parts and teaches him to survive in the wild. With no sense of smell, sight, sound and touch he wanders in the wild killing the monsters and regaining each of his sense back.

The story follows an emotionally detached ex-soldier Violet Evergarden, who is settling in a post-war world trying to understand the dying words of her dearest commander. She starts her new life as a ghostwriter and sets out on an adventure of self-discovery.

Just like Fumetsu no Anata e (To Your Eternity), the protagonist in this anime too starts to learn about life and emotions during their encounters with different people.

Just like “To Your Eternity”, Mushi are also supernatural being with no such objective with world. They exist in countless forms and are capable of imitating things from the human world such as plants, things, diseases etc.

The story follows Ginko, a “Mushishi” whose sole purpose is understanding why do Mushi exist and travels around the world in search of finding the answers and helping the people affected by them.

The protagonist of both the anime wanders around the world helping the people they meet and learning more about the world they live in. Hence we think this is a must watch anime for the fans of ‘To Your Eternity’.

Kino is a young traveler who travels around the world with Hermes, her talking motorcycle. Kino loves to travel and has seen different countries to experience their customs and understand their histories.

Kino has a rule to never stay in one place more than three days as she feared the concept of settle down in that place so she keeps on moving after three days no matter what happens. She meets many new people throughout her journey and love to discover new things and staying down for a while. She want to explore everything from country to country.

Similar to Fumetsu no Anata e, Kino’s Journey is another philosophical anime that has a protagonist traveling the world, learning about different cultures, traditions and civilizations.

After the war-torn world, Chito and Yuuri are the last humans left. They are travelling through the ruins of an abandoned city. They are wandering here and there in an old military vehicle. They want to get the top of the city to find a place to settle down.

Chito is a knowledgeable than Yuuri and Yuuri is more stronger than Chito. Yuuri carries a gun with her. The anime follows these two girls as they search for food, fuel, water and hope in this dying world.

More Anime shows to watch if you loved ‘To Your Eternity’:

6. Ousama Ranking (Ranking Of Kings)
7. Land of the Lustrous (Houseki No Kuni)
8. Golden Kamuy
9. Natsume’s Book of Friends
10. Wandering Witch: The Journey of Elaina
11. Parasyte: The Maxim (Kiseijuu: Sei no Kakuritsu)
12. Wolf’s Rain
13. Made in Abyss
14. Maquia: When the Promised Flower Blooms