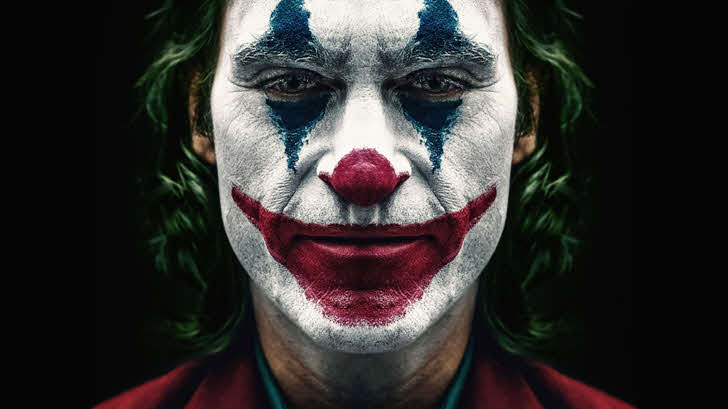 Joker tells the story of Arthur Fleck, a man recently released from the insane asylum who makes a living as a clown for hire. His job allows him to do what his mother always prescribed as his destiny: to spread joy in the world and put a smile on everyone’s face. She even calls him “Happy” because “he’s always been a very happy boy”.

Arthur performs his job with singular enthusiasm: he goes to children’s hospitals and dances. Arthur also has a condition that makes him even stranger: when he is nervous, sad or excited, he laughs uncontrollably. And people don’t understand him. Nobody does.

As the movie progresses, we see a man that is not accepted by society, and the toll that takes on him. Gradually, he comes out of his shell and takes full control of his destiny, thus creating one of the most well-known villains of all time, The Joker. Movies like Joker feature conflicted main characters, villains and outcasts looking to either take control or finally accept who they are.

Travis Bickle is a twenty-six year old Vietnam veteran who begins to live a second war (which amazes and terrifies him) every time he goes out at night with his cab: that of urban madness, that of the city man, lonely and lacking in solidarity.

In the mid-seventies, American society seemed to be on the verge of collapse and Travis’ life reflects the frustrations of a group of citizens who felt not only alienated, but incapable of stopping this collective collapse. His loneliness is not only due to the isolation produced by the war: his essential problem arises from the lack of available options in the professional field.

He is a man with little education, who could not escape the draft and who now has no space to call his own. He is an uncomfortable being, forgotten by those who sent him to fight for a cause that does not interest those who now surround him and who prefer to have nothing to do with a war that embarrasses them. The main character is fascinating and brings in so many similarities with Joker that this is absolutely the #1 spot on our list of movies like Joker you should watch immediately.

Louis Bloom self-qualifies himself as a night reporter, takes the most impertinent shots of his trade and starts selling his images to one of the local Los Angeles newspapers on a freelance basis.

But Bloom is not exactly a role model of perseverance, on the contrary, he is an extremely ambitious man, so his limit will always be himself, he is unscrupulous and rather inexpressive. Nevertheless, the stealth with which he manages his life seems to attract the attention of people, of his colleagues, of the newscast he sells his information to and especially of the head of broadcasting, Nina.

The two of them weave a relationship where morality and ethics are always bordering on the edge. A character that leaves us traces of being a sociopath: he is charming, knows how to dominate social relationships, knows how to lie to hide his real intentions and has an exceptional level of trust. A solid film like Joker that will keep you on your toes throughout.

In an insane asylum, we get to meet a variety of characters that might seem crazy and even be crazy. But who are the madmen? The answer to this question may seem simple, but if we look at history, we will see that the idea of “normal” has changed over time.

Social norms, advances in medicine, science and other fields have profoundly influenced the conception of insanity; what is considered a mental illness at one time may not be so at another.

One Flew Over the Cuckoo’s Nest is a denunciation of insane asylums and mental institutions, a denunciation of how the “insane” have been treated throughout history, a battle cry in the place of the eternally forgotten. But it is also an awakening to the freedom of all individuals.

This is a classic revenge story starring a tormented character. Joe (Joaquin Phoenix) is a war veteran who works as a mercenary for hire, freeing kidnapped women.

One day he is commissioned to free the daughter of a senator. But once involved in the case, he discovers that it was not really a kidnapping. The senator, sickly and depraved, had agreed with another man and father, to exchange his daughters for reasons so murky that are not made clear in the story, but we can imagine them.

After a while he decided to end the exchange, but the other involved refused to give him back his daughter, of whom, according to the film, he had become ‘attached’. So the Senator is forced to hire Joe, keeping the police away from the nonsense of the deal he had made. A powerful movie where morality is put under a microscope.

Inspired by the story of Henry Lee Lucas, an American ex-convict who confessed to more than 600 murders and generated a major scandal in the American press.

In the film, Henry is a man who seems to lead a normal life, however, he is a serial killer who likes to torture and kill young women. Alongside him is Otis, another equally disturbed subject who will become his partner in crime, or at least until Becky, the latter’s sister, interferes in their lives.

With an almost entomological spirit, the personality of a psychopath, who murders without any motivation, is dissected, reconstructing his career from a distance that increases the horror of what is narrated. An even deeper movie than Joker, but with many similarities between the characters.