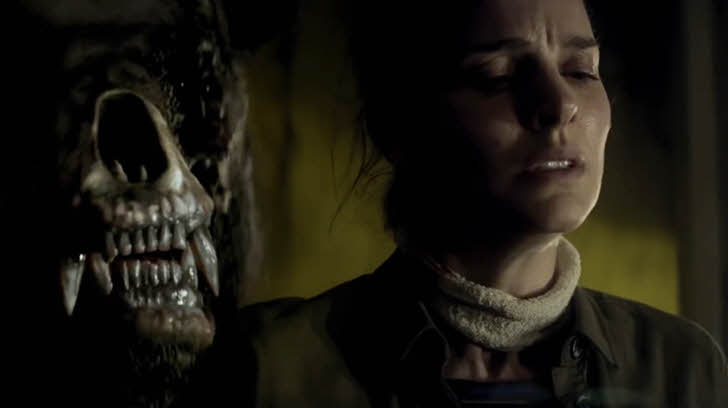 The annihilation movie is about discovering the mystery of a quarantined zone called Shimmer, which emerged around three years before the film’s current timeline. The film follows Lena, a former soldier, and biologist, the only survivor of an expedition to the Shimmer.

Kane, Lena’s husband, had gone missing during the previous expedition. After a year, he returns to his home, with no clue where he had been for the past year. To uncover the truth of her husband’s disappearance, Lena volunteers to accomplish the next expedition. To do so, she and her team must face the danger lurking inside the Shimmer.

The film begins 89 days after the invasion of a mysterious supernatural creature. Although these creatures are blind, they have sharp ears and attack anything that makes noise. Information about their arrival on Earth and how they arrived is kept confidential from the audience.

These creatures wipe out the entire human population. However, very few people manage to in this crisis. The film follows the Abbott family, struggling to survive in this post-apocalyptic world. It explores how this family managed to survive this invasion.

The film was nominated for Best Sound Editing at the 91st Academy Awards.

The Babadook is an Australian horror film about a creature named Babadook. It is a supernatural creature that possesses people by attacking them emotionally. It first weakens the person and takes control over his/her body.

The film’s plot follows a woman named Amelia, going through the grief of the death of her husband, and her son. One day her boy asks her to read a storybook (titled ‘The Babadook’) for him. It was filled with violent language and graphics that scare the boy.

Soon they both notice that they are being watched by someone and the book was nothing but the invitation to the Babadook.

Alien’s plot is set in the future. It follows a crew of seven returning home aboard a commercial space ship called Nostromo. Since they are traveling into space, they have gone into hibernation which decreases their rate of aging.

According to company policy, the crew must investigate every planet emitting any potential distress signal. On its way to Earth, the ship’s computer called Mother detects a distress signal and wakes the crew to investigate the planet. Kane, the executive officer, is attacked by an unknown creature that causes him to fall into a coma. The crew manages to escape from the planet, however, the true terror begins when they learn the presence of the same creature on their ship.

The film has won several awards, including the Academy Award for Best Visual Effects.

The IT movie is about an ancient evil creature that appears every 27 years to prey on the children of Derry, Maine, a fictional town. The film follows a teenage boy Bill Denbrough and his friends. The gang comes together to search for Bill’s missing brother.

During their investigation, each of them encounters a terrifying clown known as Pennywise who appears as their individual worst fear. They also learn that the clown appears every 27 years and hunts children before going into hibernation.

After a few weeks, Pennywise captures Beverly as its next prey. Now the gang must together to rescue their friend.

The Host is a South Korean horror-action film that follows Park Gang-du and his family. He is a middle-class man who runs a small snack bar near the Han River with his father. One day a strange, horrifying creature sneaks out of the river and starts wiping out people. Gang-du sees her daughter being snatched by the creature in the river.

The government announces that the creature lurking in the river is the host of a dangerous virus. Therefore, the government quarantines those who had contact with the creature along with Gang-du and his family.

A few days later, Gang-du receives a call from her daughter, explaining she is cornered in the sewers by the creature. She requests her father to come and rescue her. Now Gang-du must rescue his daughter before it’s too late.

More Movies To Watch If You Loved Annihilation (2018):

This is a guest post by Abhishek Shivgan, owner of litlost.com. He loves to write about film related stuff and explain different terminologies of films and filmmaking through his blog.