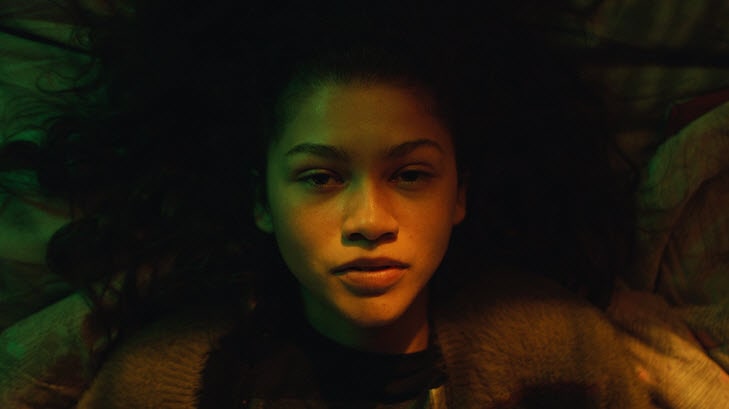 The synopsis of the series is quite simple. Its protagonists are several teenagers who face life in high school, their doubts about their identity, who they want to be in the future, how they relate to their family, their friends, their dabbling with drugs or sex. The center of the story will revolve around Rue, who is going through a phase of existential anguish and rebellion.

It is based on an Israeli fiction which was inspired by a true story of a teenage girl murdered outside a nightclub, telling how her peers sought ways to overcome that tragedy in the year after it happened.

Shows like Euphoria are teen based dramas where the characters have to find themselves, grow and navigate the end of their teenage years and beginning of adulthood.

Hannah is an aspiring writer who works on a corporate scholarship and has been sucking on her parents’ money for years, until they tell her that they are not going to fund her anymore, meaning that she will have to get a job or something to support herself.

She lives with Marnie, who works as a receptionist and has a boyfriend with whom she has been in a relationship for five years. In addition to these two girls, the story will also deal with Jessa, who shows up after a trip she has been on for a long period of time and is a bit of a loose cannon, and only heeds her own desires and excesses. Finally, the fourth component of this group of girls that make up the series is Shoshanna, with a candid and sweet personality and who has no experience at all in love.

We follow their lives and how they grow throughout the series. A perfect show like Euphoria to enjoy.

The Society is based on a bizarre event in which more than a hundred teenagers from a high school in a New England town in the United States go on a field trip in a fleet of buses. However, upon returning home, they find their town abandoned, with no adults or children in sight.

But they also discover that they are cut off from the outside world and are apparently the last humans on the planet.

In this scenario, the young people begin to organize themselves, setting up a sort of community, which soon leads to a series of clashes among its members over power struggles, control of supply or, simply, mere childishness and high school rivalries. Little by little, the teenagers must plant the seeds of a new society in which to live together or perish apart.

The series tells the story of a group of teenagers in full hormonal age and the stories of some friends who set up a “clinic” to give advice on sexuality to teenagers.

All this thanks to Otis, a boy who is a virgin but thanks his mother being a sexologist, he knows a lot about the subject, although he has never tried it.

Beyond the thematic that at first would be sexual, the series focuses on problems such as bullying, sexual harassment or family and identity problems.

The story is about James and Alyssa, two dysfunctional teenagers with troubled lives who decide to join paths and run away for very different reasons. A series of events leads them to develop a special connection that jeopardizes their initial plans.

James is a 17-year-old who believes he is a psychopath because he has enjoyed killing animals since he was a child. However, he has a desire to murder a person and that’s where Alyssa comes in. She is a young girl who has just arrived at school and is having problems at home.

As their adventure begins and they run away from home, the relationship evolves, and James might not even kill Alyssa after all!

A series about young weirdo’s from dysfunctional families with hideous hairstyles, dressed as if they had looted a Humana NGO store, lost in an unspeakably dull town forgotten in the ass-end of an American swing state, in the ever-complicated transition to adulthood.

This show is a real treat with a few minor quibbles against it. In an era in which productions tend to lengthen their episodes to infinity, from time to time the appearance of a series of seven chapters that, like the sitcoms of a lifetime, strangely exceed twenty minutes is quite special.

A great show about coming of age in uncertain circumstances that you’ll love as a fan of shows like Euphoria on Netflix.

More TV, Netflix and Amazon Prime shows to watch if you liked Euphoria: