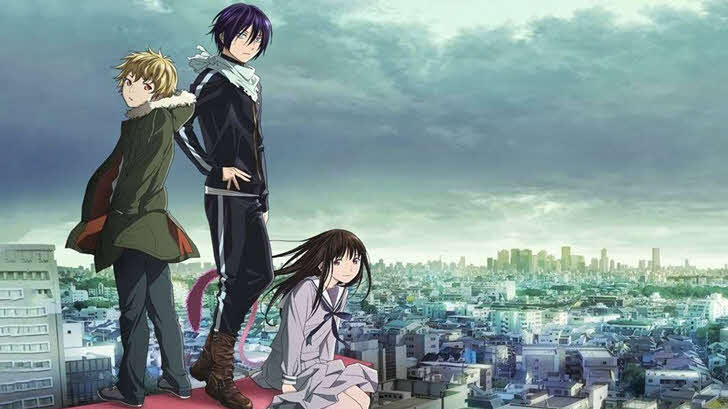 Noragami is a great anime series that has left many people with high expectations. It is a series that has a lot of supernatural content so if you are a person who likes this topic you will love this article also has a bit of romance.

The story of Noragami is about a minor God whose name is Yato who dreams of thousands of people praising him, worshipping him, and praying for him. However, what Yato dreams of is far from being fulfilled since no one follows him and he has no shrine in his name.

His goal as a God is to fulfill the wishes of the people who invoke him in exchange for 5 yen because it is a very heavy job to satisfy everyone, he had an assistant, but she resigned making things worse. Now he has to avoid every other problem and distraction to work towards his goal of becoming worshiped.

Anime like Noragami feature characters who aspire to be something extraordinary, with very enjoyable action scenes and good plot narratives. Comedy is also involved of course, so check out our list below:

Soul Eater is a purely Shonen anime, where the main objective is to be the strongest and defeat the bad guys. Set in the Shibusen, the series revolves around three teams formed by a weapon technician and at least one human weapon to be used by a Shinigami.

They must collect the souls of 99 criminals or assassins on the Shinigami list and the soul of a witch, in that order. If they fail with any soul, their counter will be reset, while there begins the misadventures of our characters.

A similar plot where our heroes strive to achieve greatness is what makes Soul Eater a great watch for fans of anime like Noragami.

Sakura Mamiya mysteriously disappeared one day behind her grandmother’s house. She was only a child, and although she returned safe and sound, she could now see ghosts.

Fast forward a few years and now in her adolescent years, all she wants is for the ghosts to leave her alone.

In class, the desk next to Sakura’s has been empty since the beginning of the school year, but then one day the boy who supposedly occupies it, Rinne Rokudo, appears. He is not what Sakura expects. Not at all.

3. Beyond the Boundary (Kyoukai no Kanata)

One day student Kanbara Akihito discovers one of his classmates, Kuriyama Mirai, about to jump from the school rooftop.

After Akihito tries to stop her, Mirai stabs him with a sword made from her own blood, and thus discovers that Akihito is nothing but a hybrid between human and a race of supernatural creatures.

After learning that Mirai is a Spirit World Warrior and the last survivor of her clan, their lives become forever linked.

The protagonist is Ichigo Kurosaki, a teenager who is anything but normal and ordinary. He can see spirits and even interact with them. The plot of Bleach begins when one night Ichigo Kurosaki meets Rukia Kuchiki, a Shinigami.

Rukia is surprised by his ability but before they can engage in conversation an evil spirit appears and the Shinigami is seriously injured.

At that moment Rukia decides to pass some of her powers to Ichigo so that he can kill the hollow but Kurosaki inadvertently absorbs almost all of the Shinigami’s powers. From this point on, a series of events unfolds where our hero has learn to use his new powers for good.

InuYasha takes place mostly in feudal Japan of five hundred years ago, where humans and demons live side by side, trying to destroy each other and unable to have a healthy relationship.

InuYasha, a half-demon man, desires the Shikon pearl, a powerful object that grants any wish and with which he can be a complete demon once and for all. Thus we begin this comedy that involves action, heroics and love as we follow along our main character’s adventure.

His wish to become a real demon makes this story very similar and indeed a great alternative if you’re looking for more anime similar to Noragami. Considered a cult classic, you shouldn’t miss this one.

More Anime shows To Watch If You Loved Noragami: