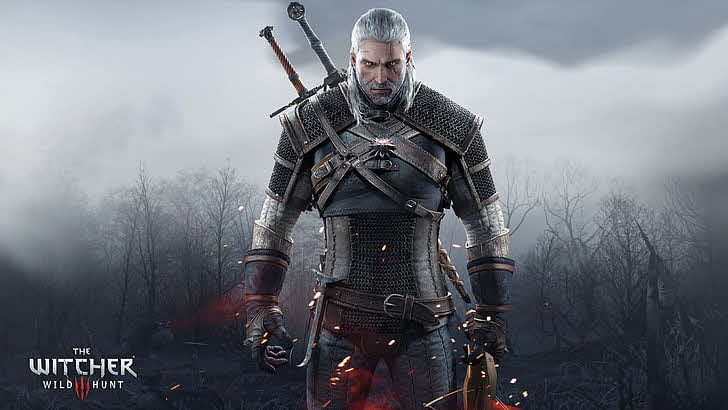 The Witcher 3 is the most influential RPG of the decade. Geralt of Rivia, a powerful monster-hunting sorcerer, sets out on a quest to find Ciri, his former protégé, since she has become the target of The Wild Hunt. Geralt will soon discover that, according to Ithlinne’s prophecy, he must not only follow in the footsteps of his skilled apprentice, but that the fate of the world itself is at stake.

Under this premise, CD Projekt RED offers us more than 150 hours of adventures, epic missions, errands with not so noble intentions and combats that will put us against the ropes on multiple occasions, forcing us to wield our swords and unleash spells against evildoers, specters and abominable creatures.

Games like The Witcher 3 are open world RPG’s with very satisfying combat, stunning graphics and immersive stories that will hook the player for weeks and months on end.

Best Games Similar to The Witcher 3:

The magical and absorbing universe of The Elder Scrolls is back with Skyrim, another great chapter of the veteran saga of Bethesda Softworks that arrives to delight role-playing fans, and that receives with this edition for compatibles the best version of the three available.

The Elder Scrolls is one of the best of the saga’s best installments, taking the best of previous installments and providing it at the same time with an unparalleled atmosphere.

Be the hero in this epic journey, fight dragons, learn magic, and explore an open ended world full of fascinating quests and mysteries. An absolute best choice for fans of The Witcher series.

Red Dead Redemption 2 acts as a prequel to the first Red Dead Redemption. This time we will learn everything the Van Der Linde gang went through before being hunted by John Marston in 1911. After a failed robbery in Blackwater, the gang will start their escape from the law.

Where we will not only meet our protagonist, but a diverse cast of characters that will “grow” with us, besides letting us see a little more of the enigmatic leader. Instead of John Marston, the protagonist of RDR 2 will be Arthur Morgan. This character is not only one of the oldest members of the gang, but also one of Dutch and Hosea’s most trusted men.

Throughout almost 60 hours (maybe more) we will get to know much more about the whole gang, as well as gradually getting to know all the people who were there before and who changed so much over time. This is a game like The Witcher 3 based in the old west, with beautiful graphics and great combat system.

Fallout 3 put us in the pìel of an inhabitant of the so-called Refuge 101, a facility where humans lived since the atomic apocalypse occurred. Outside that place, it was assumed that there was no life and what was once known as the metropolitan area of Washington, now everyone called it the Wasteland.

In the Wasteland of Fallout 3 there was a proliferation of murderous tribes, mutated beasts due to radiation and new cities in which human life had hardly any value.

The official currency is no longer dollars but badges and any object we could find in the endless plains could have an incalculable value. An immersive post-apocalyptic RPG that will delight fans of the genre.

Middle-earth: Shadow of Mordor is a fresh story, far from the adventures of Aragorn, son of Arathorn, heir of Ilsildur and rightful King of Gondor and his friends.

You take the role of Talion, a Captain of the Rangers of Gondor at the Black Gate of Mordor, who must take revenge for the murder of his wife and son at the hands of the minions of the Dark Lord, Sauron.

Using a well-developed system of combos and special abilities, you’ll make your way through the hordes of Orcs and Uruks through diverse locations on the map. Fans of games like The Witcher that want a similar experience set in the world of Lord of the Rings will adore this experience.

Bloodborne’ hides many secrets inside, more than those that are glimpsed on the surface. It is a long and intense game that will test both our skill at the controls and our patience and that will amortize each and every one of the euros we have paid for it.

The story of Bloodborne is only deduced after playing a lot and being very attentive to detail. In general terms, the game puts us in the shoes of a hunter who has been hired to get a cure for a virus in the city of Yharnam.

Perhaps this is the only thing you should know, since the game discovers itself as we advance and we come across a world that wants to be heard and asks us to explore it. A challenging game that will provide anyone who wants more games like The Witcher 3 with countless hours of entertainment.

More game recommendations if you enjoyed The Witcher 3: