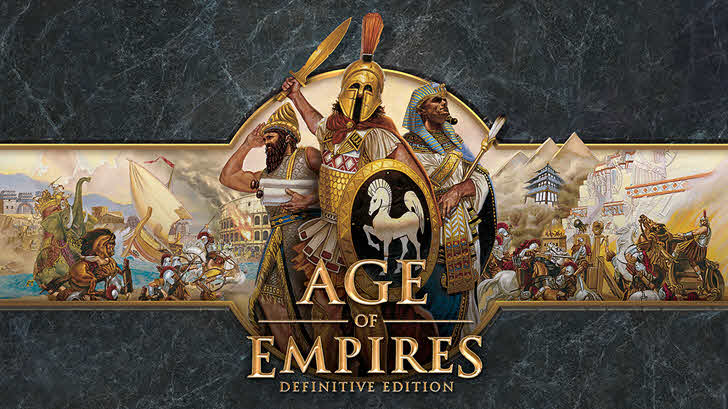 Age of Empires II first found its way into the hands of thousands of gamers in September 1999. More than 20 years have passed since then, and the fever to enjoy this medieval war strategy game has not stopped. In fact, the passage of time has not dissolved its loyal community that spends hours fighting giant armies. After all, it has been one of the most iconic real-time strategy (RTS) games in history.

The Age of Empires series revolutionized the strategy genre, with the player being able to fully manage his village, gather resources, build armies, and conquer the world.

Many games have been developed using the winning formula of the original Age of Empires game, and here we will list the best 15. If you love games like Age of Empires, then this list is for you:

Savagery, barbarism… and civilization. The three stages by which the cultural evolution of humanity has been measured.

Our goal is to control the known world, and in Civilization that means annihilating all other civilizations or culturally imposing ourselves in the year 2050, starting from a small city with its barns and builders. The goal? Build, expand and conquer, becoming the ultimate global power.

How you choose to do it is up to you. Pick an empire, a leader, and start your journey. Use war or diplomacy, improve defenses, strengthen your army, and be ruthless or generous. If you love games like Age of Empires, then Civilization VI is the absolute best alternative for you.

This real-time strategy title developed by Blizzard captivated millions of users around the world for its brilliant story mode, for including three completely different but extremely balanced factions and, above all, for its multiplayer aspect that has remained alive to this day.

Leaving aside the controversial decision to divide this sequel into three different titles starring the three already known races -Terran, Zergs and Protoss-, the feeling that Wings of Liberty transmits from the first moment is that of being in front of something great.

The types of units, buildings, approaches you can take are both simple and complex. The action is non-stop, regardless if you play the campaign or in multiplayer mode. A complete real time strategy experience and a worthy game like Age of Empires to enjoy for years.

Set in the year 2030, Tiberian Sun asks two difficult but important questions: are we really better off if “the good guys” win? And, is it worth fighting for this version of Earth that is on the brink of ecological disaster? These questions, like the game’s FMV sequences, seemed laughable to gamers in the late 1990s.

Gamers in 2021, on the other hand, must wonder whether Tiberian Sun represents a startling relic of the past or a prescient prediction of an impending reality.

There are 2 factions in the game, and one is the perceived good guys and the others the bad guys. You can play as either, and win as either. Build bases, command armies, and try to destroy the other faction in the captivating campaign that features some incredible cut scenes and seasoned actors. If you love Age of Empires, you’ll love the Command & Conquer series.

Think of Empire Earth as the natural evolution of both the strategy game in general, but especially the Age of Empires type RTS. What Empire Earth does in a unique way is to literally play out the entire history of mankind, giving the player the opportunity to live out history.

Start as a caveman gathering wood to make a fire, and end up in the year 2030+ where humans are regularly doing space travel.

The game is highly entertaining and also quite educational. Perfect for fans of games similar to Age of Empires.

Warcraft III was, as its name suggests, the third installment of a more than consolidated real-time strategy saga. Until then, we had only seen the conflict between humans and orcs, and so the story begins in Warcraft III in the orc introductory campaign, but we soon see that Blizzard expands the universe.

Undead, humans, orcs, playable sub-factions, night elves, high elves, blood elves, the naga… there are a lot of races, and all of them have their campaign, or their protagonism within other campaigns.

This is a remake of the original Warcraft 3 game that improves on graphics, gameplay and overall feel, while maintaining the quality of the story, and the real time strategy aspects that make it an incredible game like Age of Empires set in an imaginary world.

More Game recommendations if you enjoyed Age of Empires: