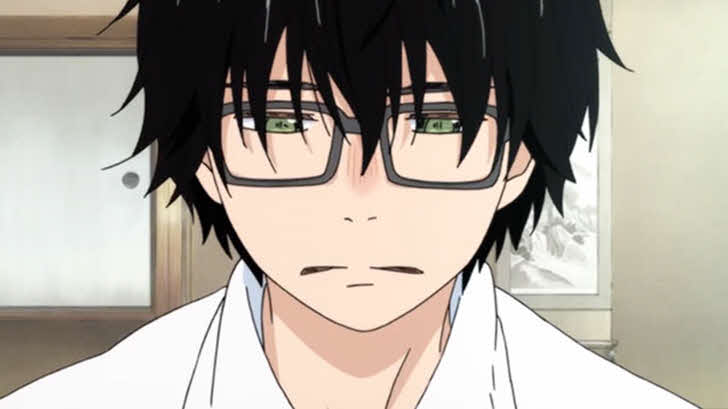 Rei Kiriyama is a young man of only 17 years old, quiet and lonely, who after leaving his adoptive family’s house moves alone to a small apartment in front of the sea. The young man faces life between attending classes and playing Shogi professionally (a famous Japanese strategy game).

One night, after playing Shogi and being convinced by his classmates to go for a drink, he meets Akari, the eldest of three sisters who were left alone after the death of their mother, and who live with their grandfather. Meeting these three unique sisters will produce a change in Rei’s life, both in the way he faces life and in his daily activities.

Anime like March Comes In Like A Lion (3-gatsu no Lion) focus on character interactions, deeper meanings, the game shogi and generally gives us more depth into the lives of their characters. Check out or list below:

Best Anime Shows Similar to March Comes In Like A Lion:

1. Honey and Clover (Hachimitsu to Clover)

The anime focuses on a group of friends who, during the course of the two seasons, will be facing situations that will help them grow and mature as a person.

At his side we will know the loneliness, isolation, introspection, and how his life before full of grays and shadows changes every time he enters the home of the sisters, and how they somehow tuck him and try to get out of that apathy.

With both main characters being Shogi players, and the anime focusing on personal development, this is the perfect anime like 3-gatsu no Lion to watch right now.

A high school girl named Shion Ishiwatari, as a child, witnesses the murder of her parents. At the time of the murder, the murderer takes the king piece from the shogi (chess-like strategy game) board of the protagonist’s father, which leads her to think that he is a shogi player.

The shock of witnessing the murder causes Shion to lose her speech, forcing her to communicate by writing in a notebook. After being adopted by her neighbors, Shion begins to play shogi, both for her love of the game and to try to discover her parents’ murderer.

Another anime like March Comes In Like A Lion (3-gatsu no Lion) with well written and developed characters.

The story centers on an orphaned teenager named Natsume Takashi. Natsume appears to be just a normal boy, but he has the ability to see spirits, a power inherited from his grandmother, Reiko.

After her death, Reiko bequeaths to her grandson among her belongings The Book of Friends, a book containing the names of the spirits that Reiko had intimidated into signing a contract where she took their names and thus turned them into her followers, subjugating them to her will and losing their free will.

The Book of Friends is a highly prized item in the spirit world as it gives whoever possesses it power over the contracted, and so they constantly harass Natsume some seeking his freedom and others the power of the book. Our character will have to be strong to overcome the challenges ahead.

Since she was a little girl, Chihaya dreamed of seeing her older sister become the best model in Japan. That changes when she meets Arata – Chihaya will begin to be passionate about karuta and will change her old one for a new and stronger one.

To become Queen, the best female karuta player. Together with Arata and Taichi, Chihaya will play karuta with all her soul. Eventually they have to separate and each will go to a different high school.

When Chihaya enters high school, she will meet again with Taichi, whom she will convince to form a karuta club. Through this she will learn to overcome hardship and learn things she never expected.

Hikaru Shindou, is a sixth grade student who finds an old Go board on which he sees a blood stain that his friend cannot see. At that moment a ghost in ancient clothes called Sai appears before him and reveals that he was the Go master of the feudal lord 1000 years ago.

Hikaru is possessed by this ghost and begins to develop an interest in Go. Soon after he plays a game against Touya Akira, the son of one of the best Go players in history, who is amazed by his skills. Although it is not very noticeable from one episode to another, the characters develop little by little, especially the main one, who goes from being a rather impertinent kid to a rather humble young man.

In addition, the characters also change quite physically, and although it is not very noticeable while you are watching the series, when you go to the end and see some images of the beginning it is very well perceived.

Realistic characters, a very addictive story and really interesting games is what defines Hikaru No Go. A very strong follow-up if you’re looking for more anime similar to March Comes In Like A Lion.