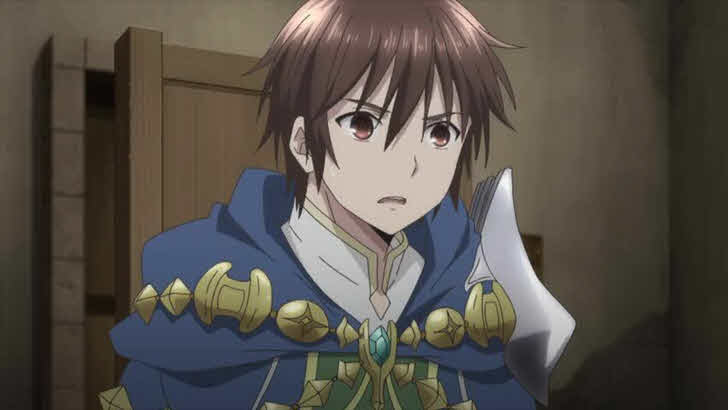 Shingo Ichinomiya is a 25-year-old salaryman working in a Japanese corporation. One day after he fell asleep, he wakes up in the body of a 6 year old in a fantasy world with magic. The boys name is Wendelin von Benno Baumeister, the eighth son of a poor but noble Baumeister family with no money for inheritance.

He has the memories of both his past and current life. When he finds a magic testing orb in his fathers library, he discovers his ability to use magic. When he starts testing his magic in a forest Alfred, a former court wizard senses his magic powers and teaches him every thing he knows about the magic.

With these new found powers our hero sets out on an adventure to become a famous adventurer in the kingdom. If you are looking for other anime similar to the 8th son? are you kidding me? (Hachi-nan tte, Sore wa Nai deshou!) where our hero is taken to a fantasy world filled with magic and adventure then these recommendations are for you.

Best Anime Shows Similar to The 8th Son? Are You Kidding Me?:

An young and lonely Japanese office man’s life undergoes a radical turn when he is taken to another world after his tragic accident. He is now a Kid in the world filled with magic and demonic beasts. He gets picked by Merlin Wolford the patriot hero of the kingdom who raised him as his own grandson and names him Shin Wolford.

If you are looking for an anime similar to the 8th son? are you kidding me? this would be our top recommendation. In fact we believe this is even better in terms of animation and story. Let us know what you think of it.

Like most isekai anime our protagonist Satoru Mikami a 37-year-old office worker dies and wakes up in a new fantasy world. Instead of a human or demon lord like most isekai he is reincarnated as a slime the weakest monster we know in many games.

However its not the case here, thanks to his unique abilities and skills he is more powerful than what his appearance suggest. He befriends the Catastrophe level Dragon known as ‘Veldora Tempest’ who was sealed for 300 years in the cave. He promises to remove his seal to which Veldora grant him his divine protection and names him Rimuru Tempest.

With these new found powers Rimuru gets out of the cave and gains the trust of the monsters inhibiting the Great Jura Forest. Together with them he forms a Kingdom of Tempest with his as the leader. We are pretty sure that if you loved Hachi-nan tte, Sore wa Nai deshou! (The 8th Son? Are You Kidding Me?) you’ll enjoy this too.

Also Recommend: 17 Anime Like That Time I Got Reincarnated as a Slime

3. Arifureta: From Commonplace to World’s Strongest

One day Hajime Nagumo and his classmates are suddenly transported to a fantasy world where each one is blesses with a powerful ability.

However Hajime’s only receives a basic ability of transmutation. Due to which he is belittled by his classmates and during an expedition he is betrayed by one of them and falls deep into the bottom of the abyss. He somehow survives the fall and tries to adapt to the dangerous place filled with monsters and demons.

His only goal now is to become powerful and escape the dungeon. During his attempt to escape the dungeon he finds Yue an powerful vampire with whom he plans to become the world’s strongest. Just like The 8th Son? Are You Kidding Me? this too is an isekai harem with overpowered protagonist.

4. Ascendance of a Bookworm

The anime follows Urano Mototsu, an Japanese women who is found of literature and loves to read all the books some day. To fulfill her dream she joins as a librarian however ends up dead under a pile of books due to an earthquake. Her dying wish is to be able to read more books at least in her next life.

Just like any Isekai she wakes up in the body of a five year old frail girl named Myne in a world with magic. However there is a twist here, unlike her dying wish this world only has a few books that too is accessible only to the Nobles. Frustrated by the lack of books to read she decides to make the books on her own using the knowledge from her previous life.

Similar to the 8th son? are you kidding me? the protagonist of this anime too is an adult who reincarnates in another world as a child into a poor family, but are blessed with abundant magical powers. This anime focuses more on slice of life aspects.

5. Didn’t I Say to Make My Abilities Average in the Next Life?!

Misato Kurihara is a born genius and due to her exceptional abilities she couldn’t make any friends or lead an normal life which is all that she wished for. However she dies trying to save a little girl from accident. When offered a chance to reborn in a fantasy world all she asks is to have average abilities in her next life.

However when calculating the average abilities in this new world the average is taken from the strongest and the weakest magical creatures which still makes her a lot more powerful compared to a normal human.

Reborn as noble named Adele von Ascham, she now possess both physical and magical abilities that far exceeds any humans. Determined to lead a normal life she leaves her home, changes her name and enrolls into a hunter’s school and tries to live a normal life. But with her powerful abilities can she have a normal life?

Also Recommend: 15 Anime Like By the Grace of the Gods

Similar Anime shows to watch if you liked The 8th Son? Are You Kidding Me?:

6. In Another World With My Smartphone
7. Isekai Cheat Magician
8. Mushoku Tensei: Jobless Reincarnation
9. Reikenzan: Hoshikuzu-tachi no Utage
10. The Rising Of The Shield Hero
11. Death March to the Parallel World Rhapsody
12. Absolute Duo
13. By the Grace of the Gods
14. The Misfit of Demon King Academy