12 Anime and Manga You Should Absolutely Watch!

When we think about Japanese culture, we cannot ignore one of the most interesting and emblematic aspects of this country: manga and anime. Being all big consumers of manga and anime in the team and with this period of confinement, we wanted to share with you some recommendations to keep you busy!

Like many people of our generation, we discovered this culture quite young, and we started to dream about this country which seems idyllic with must-see manga such as Dragon Ball Z, Naruto, One Piece, GTO or Death Note. We miss the afternoons in front of our favorite Shonen… 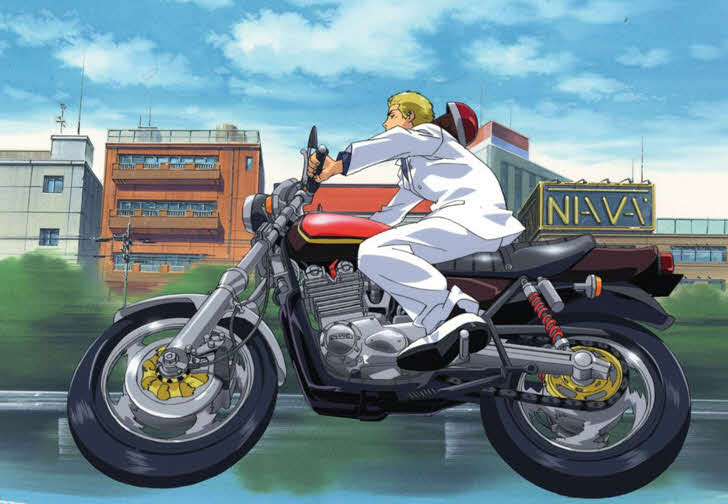 Over the years, we have been able to read and watch a lot of different works and it is a topic we like to discuss and debate with each other (or spoil each other to make sure we’re raging).

So, we decided to make a small list (which became very long very quickly) which gathers the different recommendations of the whole team and we share it with you.

In order not to just throw 50 titles in your face and so that you can read or watch what we suggest, we decided to start gently with 6 anime and 6 manga.

Directed by Satoshi Kon (to whom we also owe Perfect Blue or Tokyo Godfathers) and based on the novel by Yasutaka Tsutsui, the film tells the invention of the DC Mini, a machine still in prototype allowing to enter the dreams of the patients and to record them in order to probe the depths of the thought and the unconscious (doesn’t it remind you of a Nolan’s movie released in 2010?) 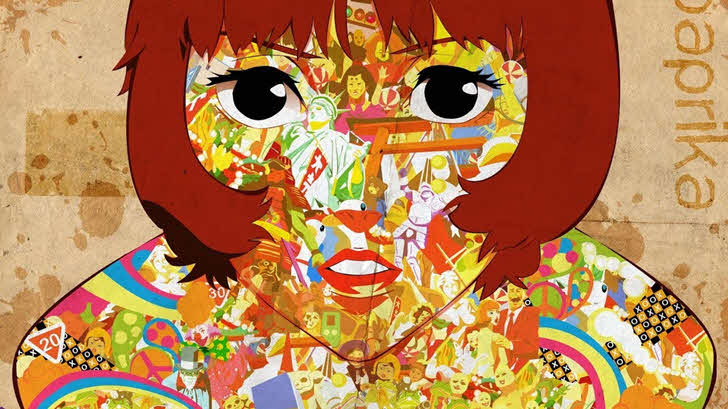 The story follows Emma and her siblings, all orphans, who were placed in a special institution when they were very young. And… that is all we’ll tell you!

Available on: Wakanim and ADN 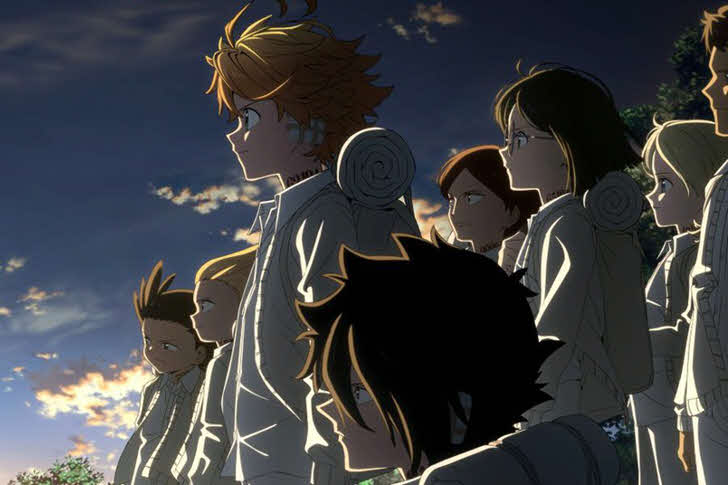 We jump back in time to tell you about a little old school nugget that subtly mixes humor, reflection, and eroticism.

Kintarō Oe is a handyman: any job is good for him. Having already learned everything in class, he decides to travel around Japan on his trusty bicycle, this time to learn in the school of life.

In the course of the story, he will do different jobs that will lead him to meet new people. He tries to learn from each encounter that he hastens to note in notebooks to store knowledge.

All 6 episodes are available on YouTube (much to our delight) and it will keep you busy for an afternoon! 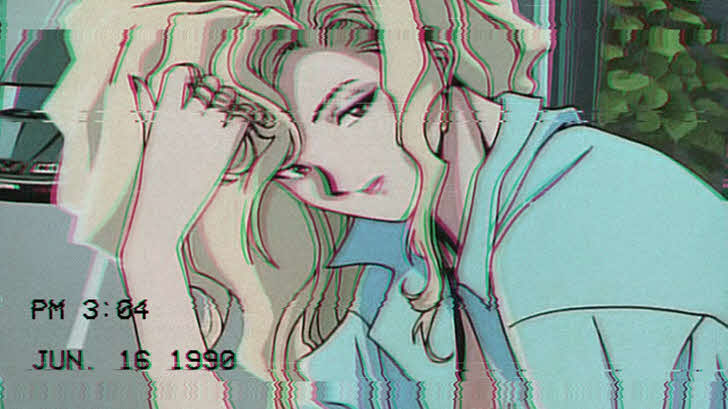 In real life, we just gave you the short title because normally it’s “Kono yūsha ga ore tsuē kuse ni shinchō sugiru” which you can translate to “This hero is overpowered but way too cautious” shortened to Shinchō yūsha.

Based on a light novel series (novel for young adults) written by Light Tuchihi, we follow the adventures of the hero Seiya who is much too cautious despite the goddess Rista who accompanies him since his summoning in this new world. 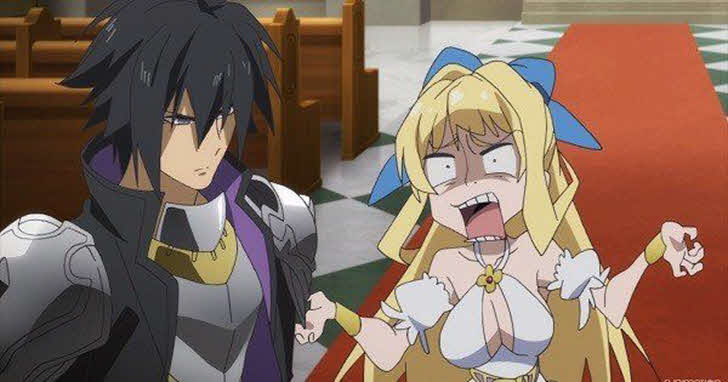 Based on the dark fantasy manga written and illustrated by Norihiro Yagi, Claymore plunges us into a world where humans are terrorized by demonic beings able to blend in with them.

Their only chance of survival lies in the hands of the Claymores, half-human half-demon hybrid women who possess gigantic powers, even surpassing those of demons.

Fearful and feared, they can be distinguished by their silver eyes and the gigantic sword they carry on their back, hence the name “Claymore”.

As for Golden Boy, everything is available directly on YouTube (sah what fun) 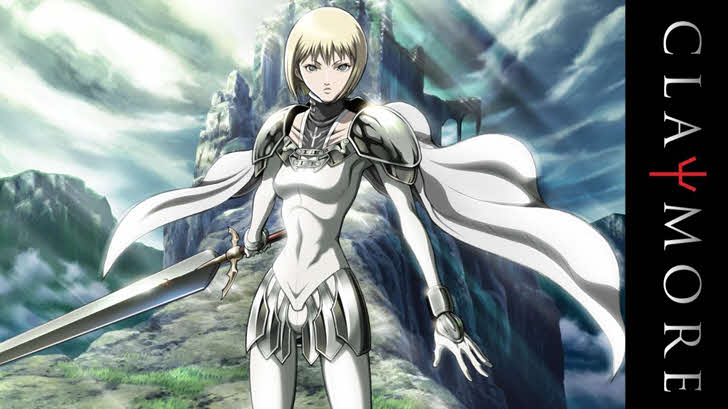 Also known in Japan as Shikioriori, Flavors of Youth is a Sino-Japanese animated film from a collaboration between Haoliners Animation Studios and CoMix Wave Films.

The story is divided into three short films, made by three different directors and all set in a Chinese city.

Those who know Makoto Shinkai’s films (“Your Name” or recently “Children of Time” to name but a few) will not be disoriented by this title: sumptuous sets, a magnificent and very worked light or the use of 3D to create different shots.

The advantage is that it is available on Netflix and allows us to give recommendations to a wider audience. 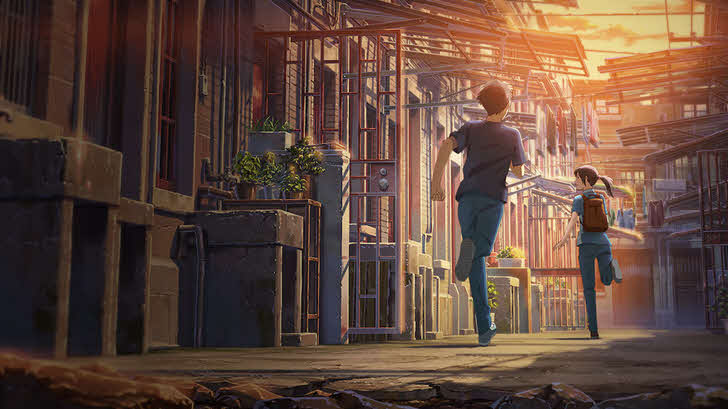 Kaname Sudo’s life changes the day a message appears on his cell phone inviting him to participate in a game.

Immediately bitten on the neck by a virtual snake that appears on the screen, he is now the slave of a ruthless competition, the “Darwin’s Game”, a real urban arena in which participants interconnected via a social network face each other in duels to the death.

The high school student must quickly realize that even if he tries to escape the game, his opponents, attracted by the lure of money and the thrill of combat, are ready to do anything to find him…

This shōnen made by a duo composed of Shu Miyama and Yuki Takahata, is still in progress with already 20 volumes published by Ki-oon. 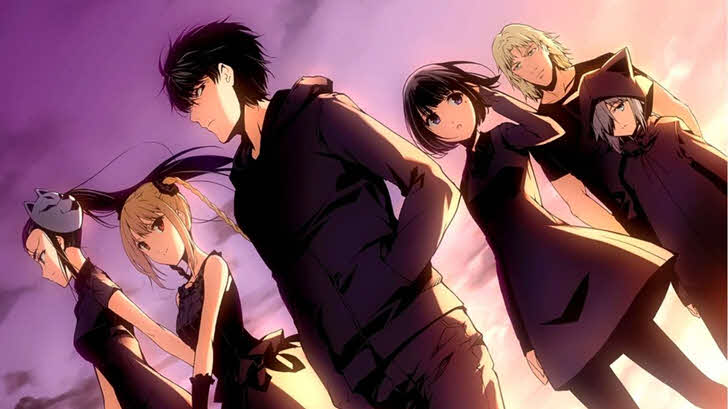 Yuno and Asta are two young heroes with the same dream: to become the next Mage Emperor of the kingdom of Clover, thanks to the omnipresent power of magic.

Best friends and raised side by side since their childhood, our two heroes are however radically different, since if Yuno is naturally gifted for magic, Asta is a priori unable to manipulate it.

This shōnen written and drawn by Yūki Tabata is still ongoing with already 23 volumes published by Kazé. 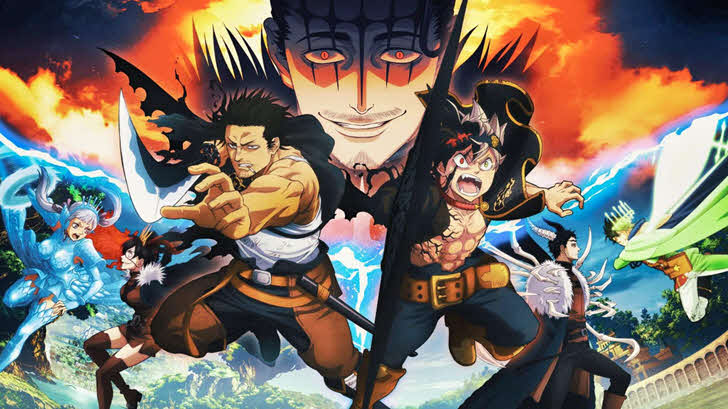 The unworthy teacher is already fantasizing about his dream life in a paradise populated by starlets to crunch … Without suspecting that what awaits him is a real nightmare: the worst class with problems whose mere mention terrifies all teachers.

If you loved GTO, you can not miss this manga to follow the continuation of the adventures of the teacher that we all dreamed to have. There are already 11 volumes and it is published by Pika Edition. 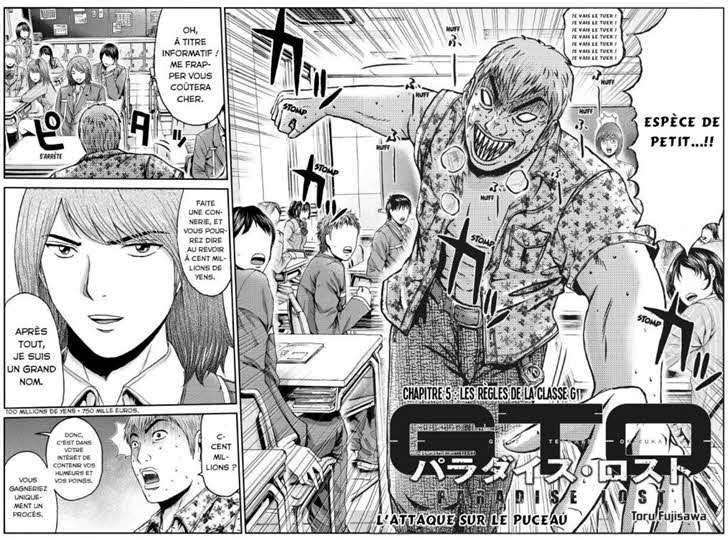 Shōnen drawn by Ryu Fujisaki which is freely inspired by the Chinese fantasy novel of the Ming dynasty, “The Investiture of the Gods”, from which it takes the main lines of the narrative, but modifying many details, as well as the personalities of the heroes.

This great epic saga of 23 volumes, made of diabolical plots, breathtaking duels, and populated with fascinating characters, is one of the greatest successes of modern manga in Japan. 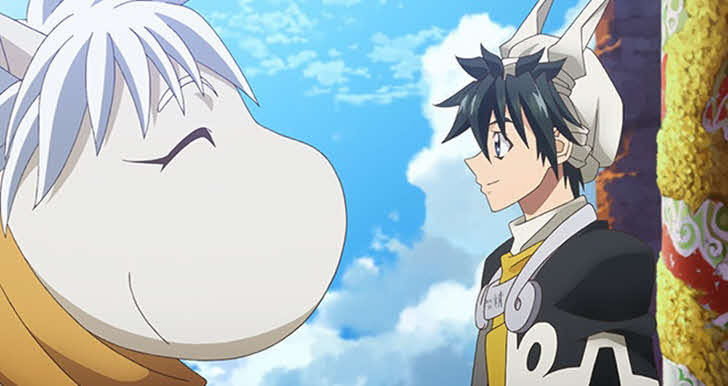 So YES, this is not a manga but a Webtoon (Korean webcomic) but basically, should we restrict ourselves? Absolutely not.

For those who are not used to the format, it can be read vertically (rather convenient and fast to read by scrolling) and everything is in color.

Since the appearance of a portal connecting our world to a world filled with monsters and creatures of all kinds, some people have acquired powers and the ability to hunt them: they are called “Hunters”. The protagonist of the story, Sung Jin-Woo, is the weakest E-rank hunter in South Korea and is barely stronger than a normal human.

One day, he and other hunters find themselves trapped in an extremely dangerous dungeon, and only a few of them survive and manage to escape.

The story shows how the weakest of all the hunters grows up to become the strongest ever and it’s available here. 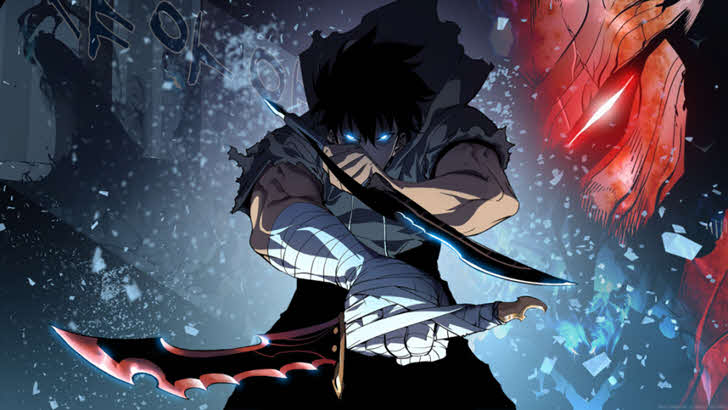 We finish our recommendations with a great classic of the webtoon! It is even one of the first to have had a translation into English.

The story follows the adventures of Jin Mo-Ri, a 17-year-old martial artist in Seoul. At the beginning of the story, he is invited to a martial arts tournament called “The God Of High School”.

The event, sponsored by a shady corporation, brings together participants from all over South Korea for regional and then national rounds to choose three representatives for the world tournament. As a reward, the winner gets the wish of his choice fulfilled.

Also Recommend: 15 Anime Like The God of High School 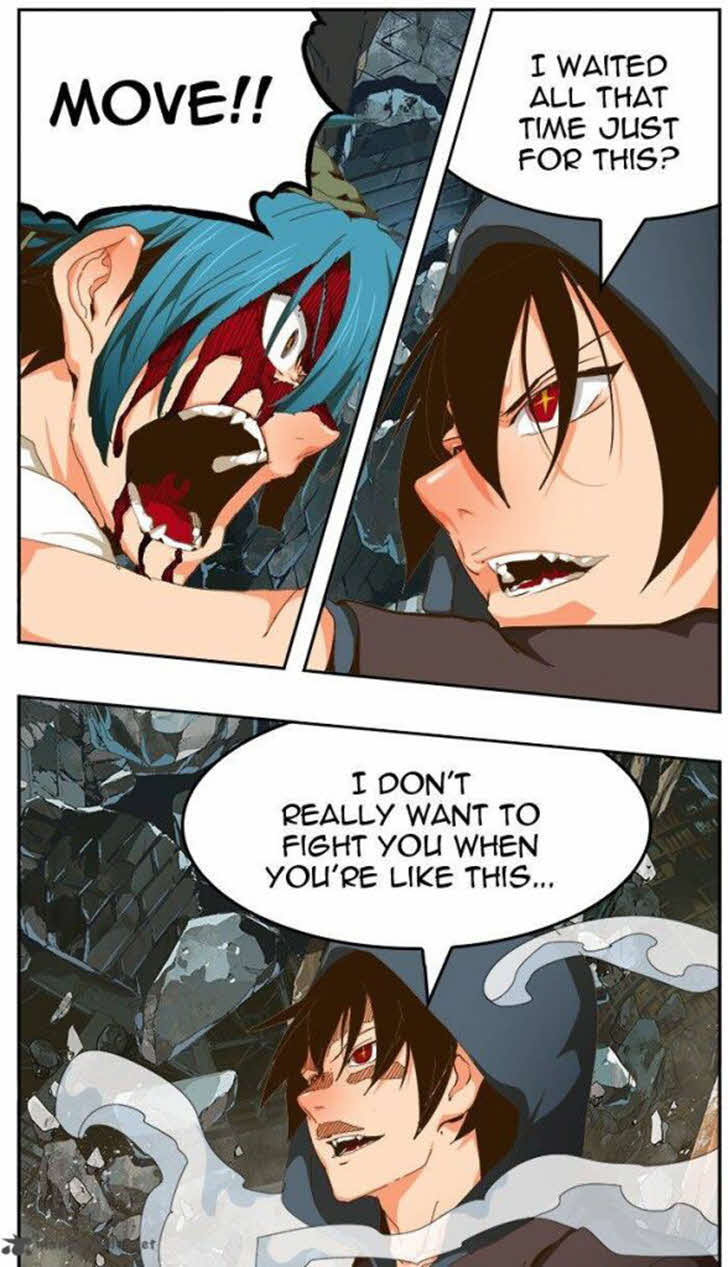 This is how our first selection ends and we hope it will keep you busy for a while.

Of course, we have many (too many) recommendations in stock, but the idea is to propose them to you little by little if you like the concept. And do not hesitate to share your recommendations with us!

Have a good confinement and stay safe.

-This article is a guest post written by Maxime Lopez, founder of the Demon Slayer Store.