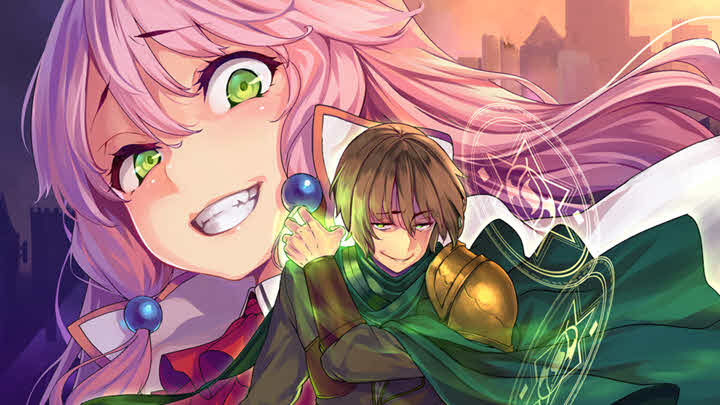 Healers are known to be the weakest among heroes. Due to this Keyaru, the healing hero was exploited and raped repeatedly by his compatriots. When he learns more about healing magic, he is convinced that healers are the powerful heroes. However by the time he realized this he lost everything and has become an drug addict now.

He uses his healing magic on earth and rewinds the time to take revenge on every one who exploited him by turning the tables on them. Kaifuku Jutsushi no Yarinaoshi (Redo of Healer) is a heroic tale of of Keyaru, who uses his knowledge from the past and his healing magic to become the strongest hero.

1. The Rising Of The Shield Hero

Kingdom of Melromarc is plagued by the Waves of Catastrophe and in order to save it four cardinal heroes are summoned from modern-day Japan. Each hero is bestowed with an unique weapon: a sword, a spear, a bow, and a shield.

Shield heroes are considered the weakest among the four due to the limited offensive capabilities. Our protagonist Iwatani Naofumi, the shield hero ends up with only one teammate due to his lack of charisma. However the very next day he is betrayed by her and is falsely accused of rape.

Rejected and repudiated by every one around he is filled with hatred and resentment and vows revenge on everyone by becoming the strongest. He goes on to buy a beast girl Raphtalia as a slave and sets on an journey to upgrade his shield and increase their levels.

Just by reading the synopsis of both the shows we can see the similarities between them. The protagonist in both shows are considered the weakest heroes and are betrayed by everyone around them, sets out on a journey with a slave and a princes and becomes the most powerful. The Rising of the Shield Hero is a perfect watch if you are looking for other similar anime like redo of healer.

2. Arifureta: From Commonplace to World’s Strongest

The anime follows 17-year-old otaku Hajime Nagumo whose life changes when he along with his classmates are transported into a fantasy world. They are treated as heroes who tasked with saving the mankind. This wet dream of any otaku, becomes Hajime’s nightmare.

Everyone in his class are blessed with divine powers, Hajime is Synergist, who has only one unique transmutation ability lacking offensive capability. Belittled for being weak, he is betrayed by one of his classmates during an expedition and fall to the bottom of the abyss.

He somehow manages to survive the fall but is now surrounded by a lot of dangerous monsters. He resolves to fight for his survival using his unique skill and meets with a powerful vampire. Along with her he sets to become the world’s strongest.

Just like Redo of Healer, the protagonist of this show too is betrayed and belittled by his comrades for being week. Arifureta focuses on building harem and adventure while redo of healer focuses more on revenge.

Set in a world that looks like medieval Europe, the story follows life of Guts, from a young mercenary to becoming the dreaded ‘Black Swordsman’ executioner of demons. After an encounter with the mercenary gang “Band of the Hawk”, Guts was recruited by their leader Griffith.

After joining he proves to be a mighty force in the gang and soon becomes the head of the offensive faction. If you like dark anime with brutal fights and lots of gore this is a perfect choice.

4. Peter Grill and the Philosopher’s Time

After winning at an international fighting tournament, Peter Grill from Brave Swordsmen’s Guild emerged as the strongest man in the world. Using this victory to prove his worth Peter asks the hands of Luvelia Sanctos, the beautiful and innocent daughter of his guild master.

However everything changes when the women of elves, orcs, ogres and other races learns about the exploits of Peter. They all seek his ‘seed’ to produce offspring’s with his might and strengthen their respective bloodlines. Can Peter avoid these sexual advances from other women and hide them from Luvelia?

Goblin Slayer is a dark fantasy anime that opens with an young priestess joining a group of new adventurers on a quest to kill few goblins. These inexperienced and under prepared adventurers are quickly overwhelmed by the goblins.

The priestess is saved by our protagonist – the ‘Goblin Slayer’. He destroys the entire goblin nest before rescuing the priestess. Later he joins a party along with the priestess, Dwarf, Lizard-man and an Elf and set out on an journey to eradicating the goblins.

Like Redo of Healer this anime too is a non-isekai anime set in a game like fantasy world with revenge as one of the main theme. This anime too has caused a lot of controversy for the infamous rape scene in the show.

More similar anime shows to watch if you liked Redo of Healer: