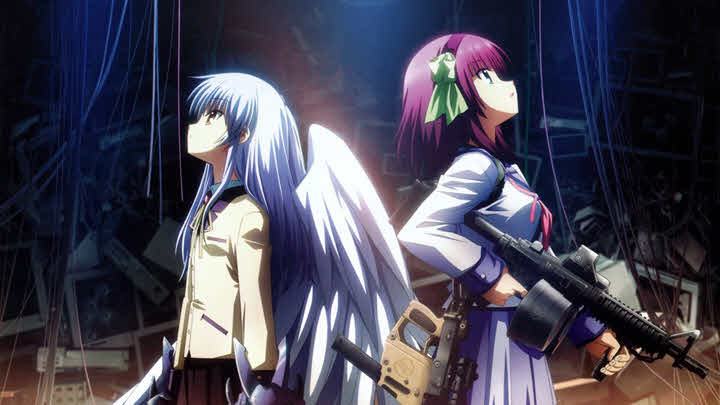 The high school students of Angel Beats appear at the school after death, and realize their new condition after a short time. Unknowingly, at first, they must live the experiences they were unable to finish as teenagers when their lives were taken from them. They must also purge any dislike or resentment towards God from their souls, and God will grant them a new life.

Tenshi, a young girl is known in this afterlife school as an instrument of God so that other young people can fulfill their purpose of reincarnation. She is cold and distant, but that begins to change when young Otonashi arrives. He is a boy with noble feelings and altruistic by default, but he appears without memory.

This is a series filled with mystery, suspense and fascinating plot twists. Anime like Angel Beats focus on complex female characters and keep you on the edge of your seat with well thought out twists at every turn.

Some children develop “special abilities” aka superpowers in their adolescence, although these later disappear. Yuu, our protagonist, has the power to possess a person for five seconds.

Yuu is found by Nao and Takajou, who explain the abilities and half-force him to transfer schools. Once he does, he joins (again half-forced), the student council of the school, whose job is to track down kids with abilities and protect them, as many people are after them, either to experiment with their powers or to use them as weapons.

Like Angel Beats, this anime too have an interesting female character and cool plot filled with mystery that will keep you glued to your screen for as long as you watch it.

2. Your Lie in April

At the age of 11, Kôsei is a piano virtuoso. But when his mother dies after a long illness, Kôsei completely loses his ability to play. Years later, he meets Kaori, a violinist whose way of understanding and interpreting music is the complete opposite of his own.

Kaori’s explosive personality will completely change Kôsei’s foundations, giving a new meaning to his life. Characters and settings are the same as the manga, except that Kyohei Ishiguro has been able to transport the feelings and sensations of the characters from the manga to the anime in an exquisite way.

This is a special anime that hits all the right notes (pun intended) and that will please fans Angel Beats looking for similar anime.

The plot is set in a world where humans live with androids called Giftia, which are very similar to humans themselves, as they have emotions, feelings and fears.

The problem is that these androids have a much shorter lifespan than humans, and due to problems when designing them and their short lifespan, they have to recover their memories with a terminal service designed by the company itself, otherwise they go “crazy”.

The story places us in the life of Tsukasa Mizugaki, a young man who has been hired thanks to his father, in a place where together with other people he will have to go to recover Giftia that are about to end their life of service and erase their memory. His partner will be a Giftia called Isla, and their relationship will evolve throughout the anime.

This whole season takes place mainly in high school and the two main characters meet other characters that Tomoya will help with their personal problems and each one’s past will be developed a little bit. You could say that this first season is made up of mini-arcs dedicated to these characters, which is most interesting.

Meanwhile all the mostly female characters will help Nagisa to fulfil her wish, which is to reopen the high school drama club. An anime with very cool characters and plot arcs that will keep you interested throughout.

The story begins in 1972. In that year, a young girl at Yomiyama North High School died in strange circumstances. Misaki, which was the girl’s name, was an outstanding student and well-liked by her classmates, so the shock of her death was even greater.

However, strange things soon began to happen around class 3-3, Misaki’s class. One of her classmates claimed to have seen her at her desk, just sitting there, when everyone knew that Misaki was really in the cemetery. Soon, the number of students experiencing such visions grew, so much so that on graduation day, the empty desk was placed with the rest of the class for the yearbook photo.

When the photo was developed, Misaki, looking like a rotting corpse, appeared in it as if she had never stopped being alive. Since then, a horrible curse is said to hang over Yomiyama, an ancient calamity that repeats itself year after year to remind ninth graders of the terrible events of that year.

A chilling anime similar to Angel Beats that explores life and death, and that provides great suspense and plot twists for you to enjoy.

6. Anohana: The Flower We Saw That Day
7. School-Live!
8. The Fruit Of Grisaia
9. The Melancholy of Haruhi Suzumiya
10. Little Busters!
11. Bamboo Blade
12. Is This A Zombie?
13. Elfen Lied
14. Assassination Classroom