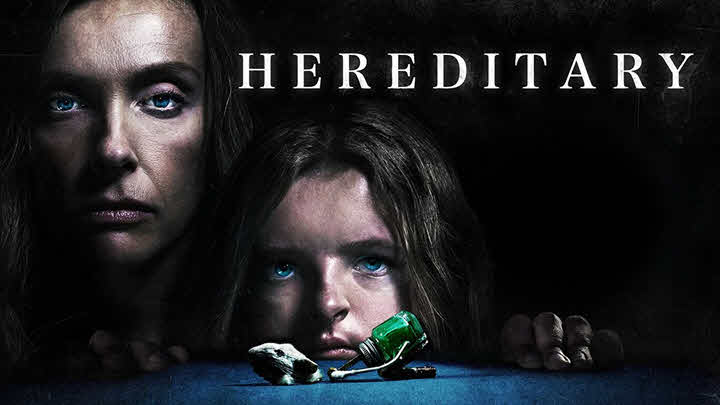 Annie is an independent artist who creates ultra-realistic models of her experiences and memories. The father, Steve is a suburban psychologist. The youngest daughter, Charlie, is the oddest pre-teen daughter in the couple. The older son, Peter, is a sexually shy teenager who enjoys smoking pot under the school bleachers. Both Peter and Charlie have social anxieties.

But the younger daughter seems to be more isolated from the world, focused on building strange figures out of scraps and dead animals. After the grandmother’s death, the family returns to the routine feeling that the expected departure, after months of convalescence, was a relief.

But soon things start to change… Annie experiences apparitions, Charlie has strange visions, and Peter remembers old traumas. In this atmosphere that begins, little by little, to become corrupted of something strange, malignant and invasive, the family will have to confront the destiny that inherited them and the horrors that their lineage hides.

Movies like Hereditary are similar horror movies with immersive storylines that use a chilling atmosphere and a slow build up to deliver the goods. Discover our full list below:

This is a folk horror film that mixes elements of romantic comedy with psychological suspense and cultured film references. With an enormous sense of symmetry, space, light, sound and color, Midsommar is, in equal parts, a cerebral tape and a beautiful visual essay. His enormous aesthetic care is imposed on a plot that is at once disconcerting and simple, woven and predictable.

Midsommar is at a much higher level of horror, not only because of its cinematic goodness, but especially because of its theme, which is derived from the generic nature of the films in this genre today.

Without using Satan, demons, ghosts, vampires or monsters, Aster’s feature film seeks to be a sensory experience in which viewers put themselves in the place of university tourists by immersing themselves in a psychedelic journey of madness. A chilling movie like Hereditary that will stay with you for a while.

The Babadook is one of the best and most intelligent horror films the genre has produced in years. Jennifer Kent’s debut works like a shot in the arm. The permanent invocation of the monster activates a nightmare that generates terror and shock in equal proportions.

In Kent’s film, everything is uncomfortable: the cold and dirty house, its claustrophobic spaces, Samuel’s terrifying gestures, the irritating soniquete ‘Babadook Dook! Dook!’, Amelia’s emotional changes. The film is a fable capable of making the spectators stand out, both because of the moments of suspense and because of those moments that it manages to move.

The Babadook does not attack the viewer’s eyes; it attacks the imagination. A very unique horror film that is perfect for fans of movies like Hereditary.

The silence which they must keep is the major attraction of this story. To walk barefoot, to laugh without sound, to play without making the minimum noise are the permanent challenge of this family and especially of their parents who must make their children aware of the misfortune in which humanity has fallen and to prepare them, in the way, for their survival.

To make the slightest mistake in this sense has lethal consequences and this is experienced by the Abbotts very early in this story. The film’s great suspenseful atmosphere is built on this silence.

It is not a comfortable silence and it always transmits that tension in the midst of the everyday life that this family has tried to continue with certain normality. With a chilling atmosphere this will be an enjoyable ride for everyone craving suspense.

The film begins a family with 4 children that go to live in a kind of moorland surrounded by a sinister forest. In the midst of difficulties, a land where it is difficult to cultivate anything, this family tries to prosper and it is then when a new baby is born.

One afternoon when Thomasin, the oldest teenage daughter of the family, is playing with the baby, she suddenly disappears out of nowhere, causing pain to everyone, especially to the mother who fears the worst for her baby and prays to God that this unbaptized child can reach heaven and not hell.

But who stole the baby? The family blames the theft on a wolf, but in fact the thief was the witch of the forest, who takes the baby to make a macabre satanic rite in which she bathes in the blood of the little infant. An original story with some very nice twists, focusing on a family and their problems.

A group of servants who arrive at an old mansion, inhabited by a family: a mother and her two children, who had an illness that did not allow them to be exposed to sunlight. The father was lost in World War II (which, by the way, had ended a couple of years earlier); the previous servants left for no reason and from that moment on strange things began to happen.

The children saw people, things moved by themselves and the extremely religious mother tries to find out what is happening. The story handles the interpretation of ghosts, god, limbo and the two worlds, providing an original twist on a story you feel like you know where it’s headed but takes you completely by surprise.

A very unique movie that feels like Hereditary in many ways, but is also different and fresh with its take on life and death.