14 Anime Like How Not to Summon a Demon Lord 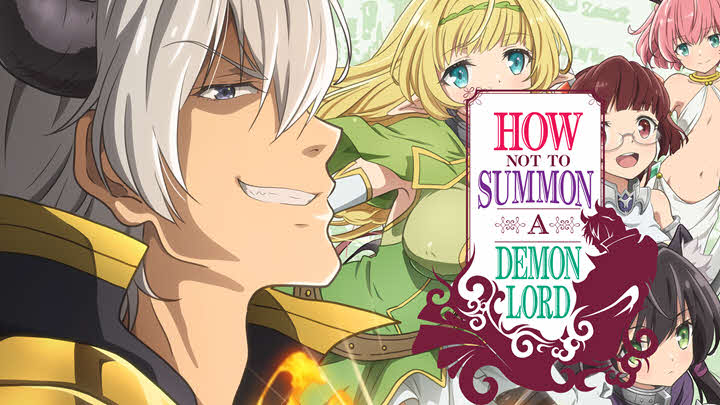 Our protagonist is playing a computer game in his room – an MMORPG. Soon after, he is magically teleported to another world, in what seems to be a slave contract. This new world seems to have the same characteristics as the game that he was playing, even down to the appearance of his character.

By the power of one of the items he carried with him, he enslaved the girls who tried to enslave him. Now the main goal is to try to remove the contract so that the girls are free, but it will not be easy. The story evolves quickly with a well written plot that develops at a good pace.

Our protagonist becomes much overpowered, which is one of the anime’s main characteristics. When looking at anime like How Not to Summon a Demon Lord (Isekai Maou to Shoukan Shoujo no Dorei Majutsu) we searched for anime where characters were similar in strength, where they got carried in other worlds, and where some also become demons. Check out our list below:

Best Anime Shows Similar to How Not To Summon A Demon Lord:

Oono Akira gets taken to a completely different world while logged in to a character known as the “Lord of Demons” in an online video game.

There he meets a child with a leg disability, embarking on a journey together. But it won’t be easy; others don’t want to leave a “Lord of Demons” with such power alone walking around. Both he and the child are targeted by countries and saints, causing confusion wherever they go with the intention of being able to subdue the Lord of the Devils.

A very similar anime like How Not to Summon a Demon Lord, with some great action and very likable characters.

In an alternate world dominated by demons, Satan was the supreme leader. But as he is defeated by human heroes, he has to retreat and teleport to Earth alongside his assistant Alsiel.

To their surprise, they soon discover that they have lost all supernatural powers, and are just simple humans on planet Earth. To survive, Satan now has to get a regular job and make ends meet. The formula for success is that we take characters so typical of adventure and fantasy stories and put them in a radically different environment.

Imagine seeing a Demon King serving customers in a McDonald’s? That the heroine becomes almost a stalker? That a demon cares more about every penny he spends than doing evil? This is why The Devil Is a Part Timer is a fascinating anime!

Sai Akuto, is transferred to a school of magicians where he wishes to prosper in order to have a relevant position in the order of magicians. In particular, he wants to become a High Priest since he believes that from his position he could contribute to the good of humanity. Unfortunately, things go wrong when everyone discovers that his destiny will be to become the Demon King.

Around him, different girls with a great interest in his person will gather. This is an anime that bets on romantic comedy in a magical setting, a very common genre in the world of anime. Therefore it tries to offer us funny situations by means of classic misunderstandings and at the cost of annoying the quiet life that Sai pretends to lead.

With the main character becoming a Demon King, this is another great anime like How Not to Summon a Demon Lord you are guaranteed to enjoy.

4. The Rising Of The Shield Hero

The Rising of The Shield Hero is an anime starring Iwatani Naofumi, who is summoned as a hero to another world along with other companions. But he ends up being deceived and betrayed.

He must rise from the ashes and grow up in a kingdom where he is hated, persecuted and his skills are limited to his shield. As we advance in the plot we appreciate a consistent psychological evolution of the protagonist.

He will not be alone, since a rich co-protagonist will be added, acting as an emotional counterbalance to the hero, typical in this genre, and some secondary characters that will test those positive changes of a person who has been used and deceived. So we will be forced to follow the story, very addictive in all aspects.

5. Saga Of Tanya The Evil

This tells us the story of Tanya Degurechaff, a young woman born in the heart of the Empire, a territory inspired by the German Reich that is in the midst of international conflict. Tanya will rise as a young promise of the Imperial Army, ascending positions without stop until she becomes Second Lieutenant of the Wizard Air Division at the age of 9.

In the Empire, neither the sex (good) nor the age (bad) influence to ascend positions in the Army, so Tanya ascends without more obstacles than the reserves of the high commands or her subordinates because of the low age of the protagonist.

Tanya’s power is based on three fundamental aspects: an innate ability for magic, the memories of an adult man and the experience of our own world in the war field. A very interesting anime similar to How Not to Summon a Demon Lord with a very powerful protagonist in spite of her age and appearance.

More Anime shows to watch if you liked ‘How Not To Summon A Demon Lord:’

6. Overlord
7. The Misfit of Demon King Academy
8. Log Horizon
9. In Another World with My Smartphone
10. Death March to the Parallel World Rhapsody
11. Sword Art Online
12. Gate
13. Outbreak Company
14. No Game No Life