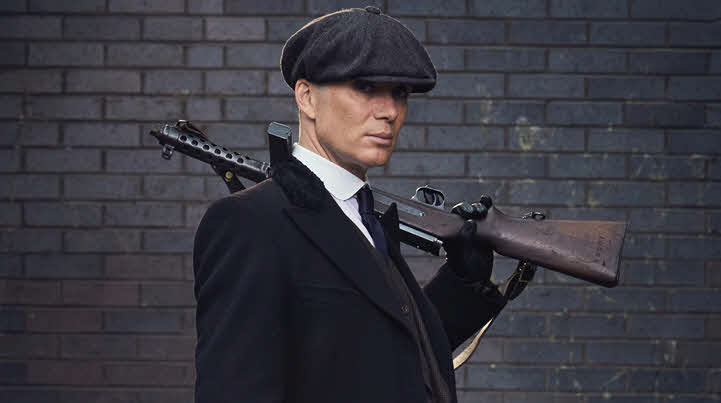 The series takes us into the underworld of Birmingham in 1920 after the end of World War I. The men who managed to return from it are in a state of overcoming the events they survived.

We are introduced to a family of gangsters who lead Birmingham by imposing their authority and imparting justice in their territory. The tranquility that the charismatic Polly Shelby has managed to establish in the absence of the men is interrupted when the head of the family, Thomas Shelby, returns and carries out, blinded by his constant lust for power, a major robbery that alerts the British police and IRA militants.

A great story with some stunning acting performances, shows like Peaky Blinders are either period pieces or portray stories of organized mafia one way or the other. Check out our list:

In La Belle, the law of silence prevails, only broken by the sound of bullets and the riding of horses.

Godless is seven episodes centered on the territory of New Mexico, in the 1880s. Their setting is the small towns in the middle of nowhere, through which the newly opened railroad does not pass.

Villages where ranchers have to dig deep for water in their wells, where wind and dust blow everywhere and where there are always unscrupulous men who will take anything they want. They are protected by the law of the fastest gun. The realism of this period piece make it a natural recommendation for fans of Peaky Blinders. You won’t regret watching this tough but well made show!

Ripper Street is a series of self-concluding chapters where the three protagonists each have a past that will gradually be revealed. This seems to be a standard definition of a detective series, but here everything is very well spun, with very interesting plots and characters and, above all, a dizzying pace.

The rhythm is their best asset, but also the production work is impeccable, as well as the choice of actors and a thousand other things that make this series a perfect option for viewers wanting more series like Peaky Blinders.

The action doesn’t happen sometime in the past, but in the current era. Sons of Anarchy is the name of a biker gang that is involved in organized crime. They have a structure, goals, and rules, while also acting as a family to each other.

With a lot of action and great characters, Sons of Anarchy is a solid series that follows the story arch of the gang into many twists and turns.

Witness the rise of the Italian crime families, on the coattails of the prohibition era. Nucky Thompson is a powerful man who runs Atlantic City, including the illegal alcohol trade. He takes his cut out of every deal, strong arms politicians, and gets whatever he wants.

But things are about to get more complicated for Nucky, as a new love interest, a son, and a change in political landscape turn his world around.

Tony Soprano is in the waste management business. Or so he claims. When he is not disposing waste, he is instead disposing of bodies, running after people who owe him money, or fighting for power on the streets of New Jersey. But Tony has a secret – he’s recently started experiencing panic attacks, and has to see a shrink. If the mob finds out, it’s going to cause problems.

This classic show about organized crime in America is one of the best television shows in history, with memorable characters, performances and a lot of symbolism. An incredible series, that you will love if you appreciate shows similar to Peaky Blinders.