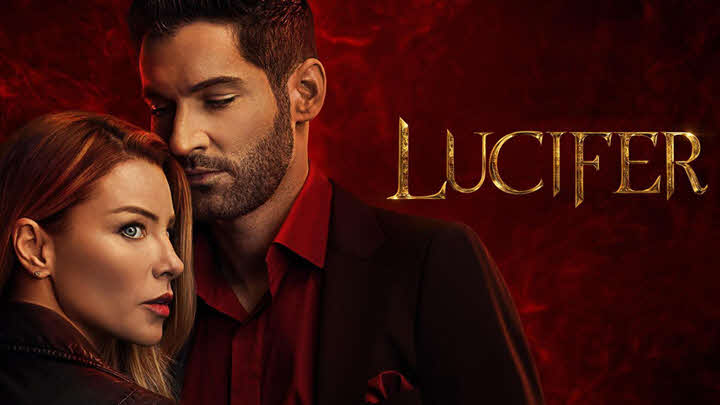 Lucifer Morningstar has escaped from hell because his work there began to bore him and he went in search of new experiences.

He decides to land in Los Angeles accompanied by his faithful protector Maze to start a new life as the owner of a luxurious club called Lux. Here he will develop the desire to start punishing people who do bad things, thus fulfilling his purpose on Earth instead of in Hell.

Shows like Lucifer contain mythical characters in modern formats, with main characters who usually hunt or punish wrong-doers who many of the times are supernatural themselves.

John Constantine is an exorcist and a fan of the dark arts who condemned his soul to hell for trying to save a girl named Astra. Since then John lives in an asylum, until a new case arises, accentuating the exorcist’s suspicions that an evil is brewing and he intends to make a lot of noise in the world.

From then on, Constantine will devote the rest of his life to stop this evil, with the help of Zed, a girl with premonitory powers and Chas, a man capable of surviving anything. Zed and Chas are the only two people capable of following a man marked by the devil and willing to give the demons a kick in the balls.

With the main character’s charisma and overall genre of the show, this is the perfect alternative if you want to watch more shows like Lucifer.

Sam and Dean are brothers who have a secret. They know that supernatural creatures exist in the world, and when some go bad, they need to be stopped. So they ride in their classic Chevy Impala and hunt monsters.

In their journeys they meet all sorts of creatures, some we know from history, legend or even popular culture. Dean and Sam will face multiple adventures and some very trying tests in their quests to rid the world of evil monsters, meeting even Lucifer himself.

The series tells us the story of Nick Burkhardt, a seemingly ordinary cop from the city of Portland.

One day his aunt Marie arrives and warns him of this world that he did not know until now – a world where some people have an animal form. Now he must face many dangers because there is The Royalty, the elite of Wesen who have hired killers called La Verrat, an organization founded in 1945 by the seven royal houses.

They want to stop Nick, and find out all the secrets his Aunt Marie had protected and stored in a trailer. This is a very fun show similar to Lucifer and Supernatural. If you love this genre, definitely do not skip this one.

The demon Crowley and the angel Aziraphale, have become accustomed to life on earth. And they will try to prevent at all costs the arrival of the Antichrist and Armageddon and thus prevent the battle between heaven and hell. But what no one expected was that the son of the devil would be missing at the meeting.

This show is just like Lucifer but with even more comedy and charisma. Based on a popular book and with a great cast, you will have a lot of fun watching Good Omens.

Ichabod Crane is a soldier and spy on a secret mission for George Washington who fights a savage battle with the headless gentleman, in which both die in 1781 in the town of Sleepy Hollow.

230 years later, a secret group digs the grave of the headless knight, managing to resurrect him, but as a collateral result there is the resurrection of Ichabod Crane.

His struggle moves to the present time with Ichabod aligning himself with the side of good, embodied in a local police detective, while the headless knight joins the eternal forces of evil.

More TV, Netflix and Amazon Prime shows to watch if you liked Lucifer: