15 Anime Movies Like A Silent Voice (Koe no Katachi) 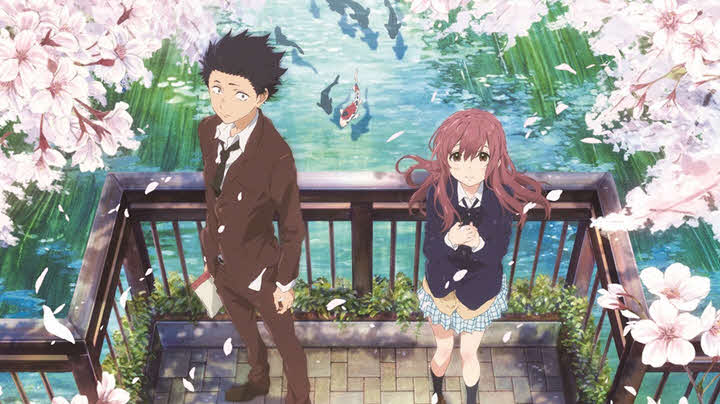 The story begins when the protagonist, Shoya Ishida, who had been a rebellious and popular student at school, has become a lonely and depressed teenager unable to accept his past and his present life.

We soon discovered that Shoya had made life impossible for a schoolmate, Shoko Nishimiya, who was deaf and communicated through a notebook. The great merit of A Silent Voice is that it always shows us the story from the point of view of the teenagers and combines two narrative times: the present of the school and the past after the school. Shoya is haunted by the pain that was caused to Shoko, and needs to make amends.

This movie deals with serious themes of bullying, mental health and redemption. It’s truly a wonderful watch, and anime like A Silent Voice (Koe no Katachi) are about similar topics, generally serious, mature and well analyzed.

Mitsuha is a little girl frustrated by her simple life in the Japanese countryside and her temple responsibilities in her care. Her greatest wish is to go and live in Tokyo.

This is where the film begins, where Mitsuha has a vivid dream of being a boy in Tokyo. The next day she doesn’t remember anything about the day before or the comments of those close to her that she had behaved strangely and very masculine.

It turns out that her dream was not a dream. Mitsuha exchanged bodies with Taki, a young man from Tokyo. From that moment on, both become aware that they are exchanging bodies, leaving each other messages to communicate and see how they continue while this “phenomenon” takes place.

An interesting interaction between two characters, actually has a lot of similarities and is without a doubt a worthy anime movie like A Silent Voice to watch and learn from.

It’s summer, and Norimichi Shimada and his friends are looking to find out if the shape of the fireworks is round or flat when they explode. Together they devise a plan to get the answer, by going to the Moshimo fireworks festival.

In their search for the truth, Norimichi will end up getting into trouble with Nazuna Oikawa, one of her classmates, who will try to escape from her home, but not before asking Norimichi to go with her.

When the situation seems to get worse for both of them, a strange orb carrying Nazuna will allow them to get one more chance to be together. A little supernatural touch to an otherwise fascinating adventure of self-discovery.

In the summer of 1945 the city of Kobe is brutally attacked by the Americans. Seita and his little sister Setsuko live there with their mother. During the attack, the brothers do not manage to arrive in time to the shelter to meet their mother, so they observe in first person how their city is devastated.

Later, when the shooting and the bombs stop, Seita and Setsuko go in search of their mother, but what they find forces them to mature before time in order to get ahead in a world that won’t last in making things complicated for them.

Beautiful anime, based on real events, that is the perfect follow-up if you want more anime movies like Koe no Katachi (A Silent Voice). Make sure to keep a box of tissue handy, because you are gonna need it.

Takao Akizuki is a 15 year old student whose true passion is not school but shoe design (especially women’s shoes). On one of his morning walks, and happy as always to skip classes, he meets Yukari: a young lady who also regularly misses work and drinks to excess.

As the story progresses, an impossible love story will arise between the two of them, which will be complicated when Takao discovers that Yukari is an older woman who teaches at the school where he studies. Beautiful anime like A Silent Voice with a lot of similarities but also some very enjoyable differences.

The film tells the story of a young woman who is forced to leave her home and move to another city when she marries a young man who asks her to marry him and whom she has known since she was a child.

She will have to adapt to a new family and face the harsh consequences that war brings to the country of Japan, as this story happens during World War 2. Drama, good writing, excellent voice acting and a great anime movie similar to A Silent Voice for fans of the genre.

More Anime Movies to watch if you enjoyed ‘A Silent Voice’: