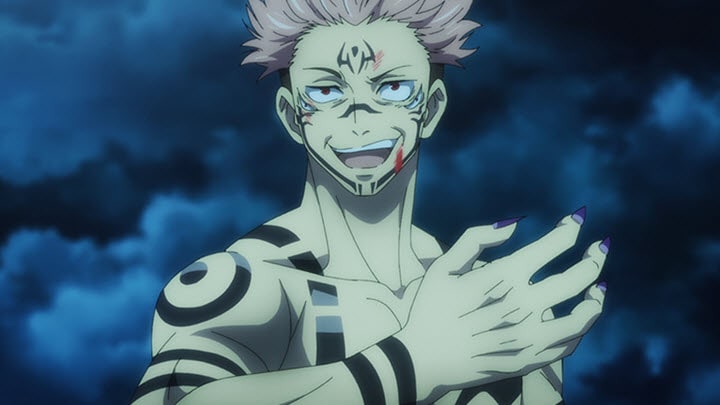 The anime follows Yuuji Itadori, a Highschool student living with his grandfather. He is unnaturally strong for his age and joins an occult club, just so he could avoid track teams and leave the school early in order to visit his bedridden grandfather in the hospital.

However his life takes a turn when the club members comes across a powerful cursed object which attracts a lot of cursed creatures. In order to save his friends Itadori swallow’s the cursed item which makes him the host of Sukuna Ryoumen a powerful evil demon also known as the ‘King of Curses’.

Itadori must now join the school of Jujutsu sorcerers to locate and swallow the rest of the Sukuna’s parts and save the world from Sukuna by exorcising himself. Here are the list of other anime similar to Jujutsu Kaisen (Sorcery Fight) that deals with curses, exorcisms and powerful demons.

Set in Taisho-era Japan, Demon Slayer follows Tanjirou Kamado a kind young boy shouldering the responsibilities of his family after the demise of his father. One day he decides to go down to the local village to make some earning by selling coal and doing some odd jobs. On his way back, a villager warns Tanjirou of flesh eating demons that lurk after the dark and asks him to stay at his home for the night.

He is met with a horrifying sight upon his return to home. All his family members were slaughtered and his sister Nezuko, has now turned into a bloodthirsty demon. However Nezuko still remembers Tanjirou and acts humane. To avenge his family Tanjirou joins Demon Slayer Corps, a secret society that kills demons and also searches for a cure to turn his sister back to human.

Like Jujutsu Kaisen, Demon Slayer is also an supernatural action anime that’s a bit darker in comparison to other Shonen. Both anime focuses on well choreographed action sequences with great animation style.

Ichigo Kurosaki a highschool student with the ability to see the evil corupt spirits known as ‘Hollows’. When a dangerous Hallow attacks Ichigo’s family Rukia Kuchiki, a soul reaper fights with it and gets injured. In order to save his family she grants Ichigo her powers making him a Soul Reaper.

Since Rukia is weak and unable to regain her power she tasks Ichigo to hunt down the hallows and send them to afterlife known as Soul Society in her place. With his new found powers and friends Ichigo must now fight against all odds and maintain a balance between the Living world and the world of the dead.

The leads of both Bleach and Jujutsu Kaisen were living a carefree normal life until the day the concept of the world around them changes completely. Both of them must now take their new responsibility and fight against evil and save the world. They also have a very stylized action sequences with some amazing character designs and art making Bleach a perfect recommendation for the fans of Jujutsu Kaisen.

The Anime focuses on Izumi Shinichi a 16-year-old high school student living with his parents in Tokyo. One day Earth is invaded by worm-like parasitic aliens that takes control of the human bodies by burrowing into their brains. When one such parasyte tries to enter Shinichi’s ear it fails as he wears earphones, in order to survive it burrows itself into his right hand and takes the control over it.

With a separate intellects both must now learn to coexist and save themselves from other parasites as well as humans. The anime shows the development of Izumi from a timid boy to a strong and calm teen.

The main lead of both Parasyte and Jujutsu Kaisen has the foreign entity that fails to take complete control of their bodies and are thus forced into an uneasy coexistence. Parasyte is an awesome anime and a perfect watch if you are looking for other anime like Jujutsu Kaisen.

Shigeo Kageyama also known as Mob is a middle school boy with amazing psychic abilities. He developed these skills from a very young age and when he realizes the dangers it possess he starts to withhold it. All he wants to do is impress Tsubomi, his longtime crush and schoolmate.

To lead a normal life he agrees to work as an assistant under Arataka Reigen, a con-man and self-proclaimed psychic. But trouble always has a way of finding him and he must try to control his emotion as they build up inside him ready to explode at any moment.

If you liked Jujutsu Kaisen and want a similar anime with lots of goofy comedy we would suggest you to check out Mob Psycho 100.

Tokyo Ghoul is a dark fantasy anime set in an alternate reality Tokyo where the humans exist alongside the bloodthirsty ghouls that survive by eating human flesh. The show focuses on Kaneki Ken a timid and bookish college student who meets Rize in the café he visits regularly and agrees to go on a date together. However after the date she reveals herself as a ghoul and attacks him.

After barely surviving the ordeal he realizes that he is now transformed into a half ghoul since the doctors used some organs of the dead Rize to save him. Now that he is no longer a human or a ghoul he must soon get accustomed to the new reality in order to survive this merciless city torn between the humans and ghouls.

Both Jujutsu Kaisen and Tokyo Ghoul are dark fantasy anime set in an urban setting where the main leads are thrown into a different setting. If you loved Jujutsu Kaisen and have a stomach for gore and violence, this is a must watch.