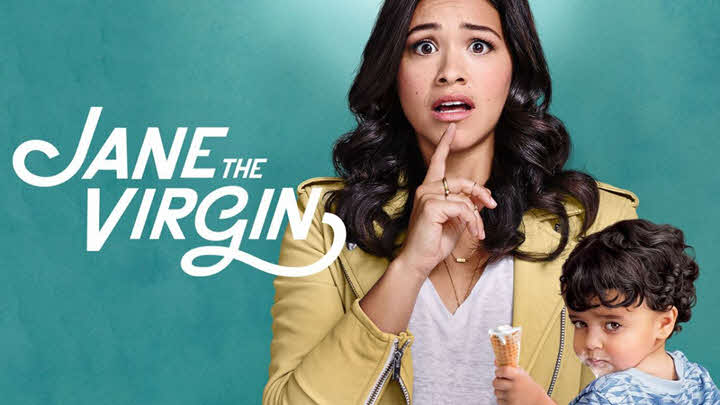 Jane, as a child, made a promise to her grandmother. She would take care of her virginity and wait until her wedding to lose it.

In her adulthood, Jane has everything on track, studying to be a teacher, with a beautiful boyfriend, a stable job and the support of her family. She feels that everything is going well.

During her visit to the gynecologist for a check-up, Jane is mistakenly inseminated and. This is how all her troubles begin! Some think she is like the Virgin Many, others think she is lying. She decides to give the child up to adoption once he is born. And a lot of other problems appear.

This is a lighthearted comedy with several funny twists and turns. Shows like Jane The Virgin have similar tones, with mostly female leads. Check them out now:

Betty Suarez is a young New Yorker of Mexican descent, who aspires to be a great writer, and who has never cared much about her physical appearance. When she gets a job as a secretary for the new director of the glamorous magazine “Mode”, she enters a completely different world, in which she tries to navigate and survive as well as evolve as a person in every way.

She has to get accustomed to her new surroundings and fast. And deal with people making fun of her appearance. This is our top pick of shows like Jane The Virgin with quite similar main characters that you’ll easily fall in love with.

Rebecca Bunch is a young lawyer who studied at Harvard and Yale. She now works at a major New York law firm. Her problem is that she is quite unstable with episodes of anxiety and depression, and is very prone to making impulsive decisions.

After meeting Josh by chance on the streets of New York, a teenage love she had at summer camp without being reciprocated, she decides to leave absolutely everything to move to West Covina, a suburb of LA.

She follows her impulse and tries to win Josh, who by the way has a steady girlfriend. Chaos and comedy follow her everywhere.

This is the story of Emma and Jack, the classic American perfect couple. They have a good lifestyle, good job and a life settled in the suburbs of Portland. Everything seems perfect for a happy life, but Emma and Jack are stuck in the routine, which has driven them away and destroyed their passion and sex life.

Jack follows his brother’s crazy advice to go out with a chaperone to get his life in place. Thus he meets Izzy and quickly moves on to something more romantic. It doesn’t go any further than that, but Jack keeps thinking about Izzy and ends up telling Emma what happened.

She is hurt but when she meets Izzy, she also develops attraction and romantic feelings for her. Now that’s something she didn’t expect! A funny series with a lot of nice moments, perfect if you are searching for more shows similar to Jane The Virgin.

This intertwined story of tragedy and comedy takes you back to the golden years of two couples who have been friends for a long time.

One day, the husbands decide to inform their wives that they want to divorce, that they are gay and that they have loved each other for 20 years.

Of course this bomb is dropped in a restaurant to avoid a scene; the impact is direct and the controversies begin a hilarious story. Their wives will now have to navigate this revelation, often in very funny ways that are sure to keep you entertained throughout.

Jen and Judy meet in a therapy group. Jen has just lost her husband as he was a victim of a hit and run while out jogging. Judy offers her friendship and support, and the two become good friends.

Jen has to navigate her new life with difficult kids, a difficult mother in law, and problems at work. She relies more and more on Judy, who ends up moving into her house. What Jen doesn’t know however, is that Judy is the one who accidentally killed her husband. Will she be able to forgive her friend when she finds out?

This is a dark comedy that will surprise you in many ways. It has some very unexpected twists and should be another great choice if you liked Jane The Virgin.

More TV, Netflix and Amazon Prime shows to watch if you liked ‘Jane The Virgin’: