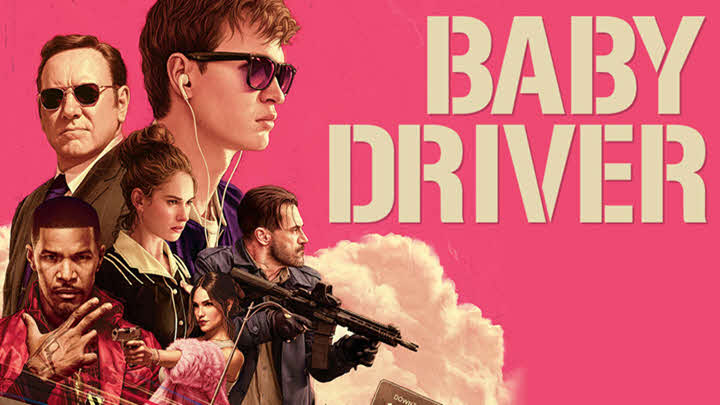 He’s a good boy, and a devil at the wheel. That’s Baby, an innocent-faced driver who takes criminals from point A to point B, with a reckless air and a soundtrack of his own in his head.

That’s because he has his escape route mapped out to the rhythm of specific songs coming out of his iPod, straight to his ears. He converts sounds into expertly synchronized 180-degree turns, gear changes and evasive maneuvers; making his already risk-averse passengers live the journey of their lives.

When a hit goes wrong, he will have to use all his skill and abilities to get out of a very tough situation, and hopefully also get the girl! Movies like Baby Driver involve main characters that are fun, the action is significant, with several being drivers as well. Check out our top list here.

A young and skillful driver takes advantage of his skills at the wheel by doing occasional jobs as a robber’s driver. He receives a commission in return, but does not take part in the robbery. He is just the getaway driver.

He befriends Irene and takes a liking to her and her son Benicio. As the situation becomes more complicated, and their lives put in danger, our hero will have to use more than his driving skills to make things right.

This is definitely one of the best movies like Baby Driver on Netflix. While it’s a bit darker than Baby Driver, this film hits a lot of the same notes, and ultimately makes for a very enjoyable watch.

Eggsy is an 18-year-old boy, who’s family consists of a baby sister and a mother who is beaten and abused by her boyfriend’s bully. His environment has led him to waste his potential and become a basket case. After stealing a car, he is taken out of jail by Harry Hart, a well-dressed and mysterious man who claims to have known his father, and who saved his life before he died.

He belongs to Kingsman, an international spy organization that hides in plain sight and whose main motto is to be a gentleman. The tests to choose the new knight are approaching and each member must choose a candidate with skills to achieve membership.

Eggsy is the one chosen by Harry, and he will soon embark on the most dangerous job interview in the world. This is a combination of movies like Baby Driver and James Bond in a very unique and original action flick.

A bicycle courier has to avoid being intercepted when delivering an envelope which, for some, is equivalent to a high monetary amount, but for its owner it carries an enormous sentimental value.

While he is used to the crazy life of a bicycle courier is about to face even greater dangers when his last delivery of the day ends up becoming a life-or-death chase through the streets of Manhattan.

Our hero, very similar to the main character of Baby Driver will have to use his speed and wit to succeed and not get himself killed in the process.

Jimmy Logan has just been fired from his job in a coal mine because one of his bosses discovered him limping. He is the American Dream in pieces: he was once an American soccer star and had a promising future; now he is in the same place where he started, only worse.

He has a young daughter, Sadie, and an ex-wife who left him for a middle-class man and may move to another state soon. To get back on his feet, he plans an ingenious robbery during a Nascar race, together with his brother.

A lot can go wrong, and our hero will have to outsmart a lot of people to pull this off. On our list of films like Baby Driver, this is a very worthy entry.

Nicholas Angel is one of the best policemen in London. He is so good that he makes the work of the rest of his fellow officers undervalued. The rest of the officers of the police force, tired of this situation, decide to send him to the deepest part of Somerset (England).

The policeman arrives in a peaceful town where at first, everything is as boring as he expected, and however, the town is surprised by a series of accidents. Thus Nicholas, along with his new partner Danny Butterman, begins to suspect that this town is not as quiet as it seems.

This is a must watch movie like Baby Driver with a great soundtrack, good acting and a very captivating main character.