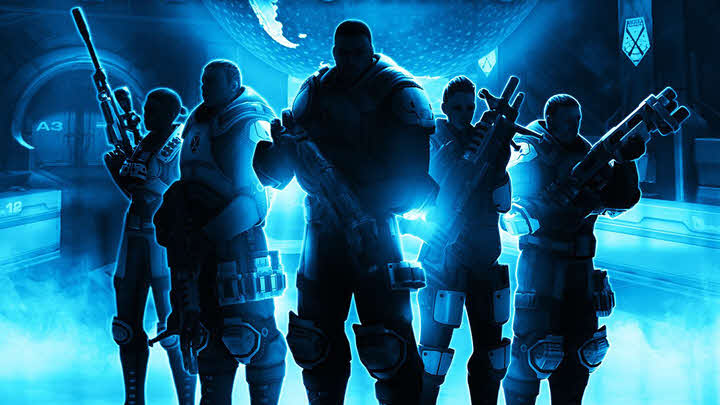 Fear is a natural reaction of the human being in front of danger and the unknown. More importantly, fear can be a two-edged sword, as you can both become totally paralyzed and rush into a decision that can cost you your life, or you can take a cold attitude, analyze your alternatives and make the best decision to emerge victorious.

The premise of the game is quite simple, it is the year 2015 and the earth is attacked by an unknown force. The only thing that is known is that they are not beings of this planet and their intentions are clearly hostile.

To be victorious in XCOM we have to be cold, analytical, and patient and even though some good luck ends up being involved, the feeling of extreme satisfaction that comes with winning every mission is almost unmatched.

Checkout some of these awesome strategy games like XCOM that are highly addictive and make you play nonstop for hours and hours.

The game takes place in a distant future in which multiple corporations have taken over the world. These are the same organizations that attack our intelligence agency and put the lives of multiple secret agents around the world at risk.

Thus, our task is to travel around the world infiltrating the facilities of those who have attacked us to rescue the survivors. We have a limit of 72 hours (three days), which is the time that an Artificial Intelligence called Incognita will be in effect and will operate as our ally.

Eventually the story will have an outcome, but the strength of this title is neither the plot nor the way it is told, but the experience behind each infiltration task. A great tactical game which will be highly enjoyable to fans of games like XCOM.

At the beginning of the 31st century, in the year 3025, the galaxy has put an end to its apparent peace to start a cycle of continuous war with noble houses armed to the teeth with tanks and, above all, BattleMechs. These are powerful humanoid combat units with enough firepower to level a country.

As players, after choosing our origins and customizing with diverse aspects to our character, we will have to take the reins of a group of mercenaries and their BattleMechs that will be involved in a Civil War full of betrayals, interesting turns and enough attraction to create an interesting plot that will keep us glued to the screen.

Xenonauts’ argument is similar to that of X-COM and is based on the hypothetical ground invasion of an alien civilization, although here the action begins in the year 1979, rather than in the near future, as in the original. Under the command of an international military organization, our objective is to repel the invasion and find out the details of the enemy’s plan to achieve its annihilation.

To do this we have to combine the management of our infrastructure with the guerrilla combat that the troops will face. Thus, in Xenonauts we will take charge of two distinct phases of the game: On the one hand we will arrange the planetary location, construction and administration of the relevant military facilities, including the direction of the technical, scientific and military personnel, as well as the offensive mobile machinery.

On the other hand, once the action is placed in the specific combat of the troops, we will have to direct each skirmish or re-conquest in a tactical battle by turns. If you want more awesome tactical games like XCOM, this is a very solid choice.

If you love games like XCOM, comparisons with Phantom Doctrine are inevitable. This is a strategy game with touches of terror set in a dystopia of the long cold war.

This era is the perfect setting for an adventure of spies, conspiracies, and scheming that could blow up the weak world peace. That is precisely what the secret organization we lead is facing: preventing a conflict from pitting the world’s most powerful nations against each other by interrogating, locating classified files or participating in missions without leaving an official trail.

Insanely addictive game which we highly recommend you play if you haven’t already.

A strange mutation is affecting the ecosystem. Strange monsters are emerging from the depths and, little by little, the problem is reaching a global scale. In this extraordinary game like XCOM, the problem does not come from outer space, but from the deepest waters.

The approach to combat is exactly the same as XCOM, but with a few more possibilities.

The turns are more complex, with four actions that can be distributed as we want, allowing more complex decisions beyond moving and shooting. Another great choice that you’ll spend hours upon hours playing.

More games to play if you liked ‘XCOM’: