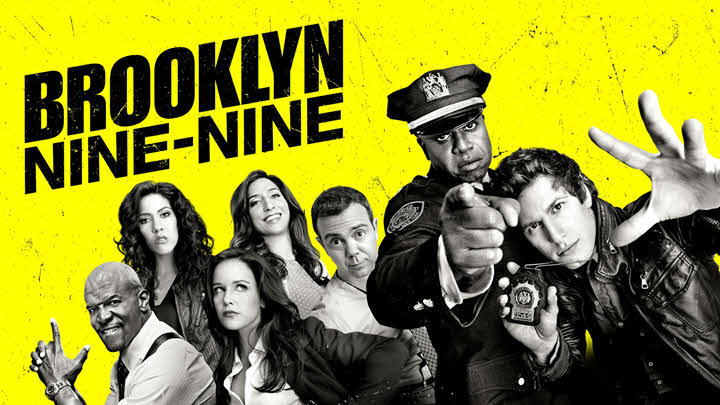 Brooklyn Nine-Nine is a police detective show that is funny, charming, and very addictive. Every episode focuses on a new case, and the interesting and funny ways the detectives manage to solve them.

This comedy show stars Andy Samberg, who at the beginning was the main character of the series. Gradually he gives way to the rest of his colleagues, thus forming a nucleus of protagonists with a more or less equal role. This functions very well, both independently and when there is interaction between them.

Leslie Knope is the Deputy Director of the City of Pawnee’s Park and Garden Service in the State of Indiana. Hyper-enthusiastic and always willing to initiate new projects in her city, she encounters the incomprehension or indifference of her co-workers. She must continually motivate them to try to make the city administration work as efficiently as it should.

While she starts as the main character, a lot of focus is gradually placed on the other characters as well. This is why this is the perfect first choice on our list of shows like Brooklyn Nine-Nine. A very funny and charming show.

Reno 911 is a TV comedy starring police officers. In it, the camera records the work of the cops in their day-to-day life, pretending to be a reality show in which one could see the supposed routine of a group of Reno cops.

The humor of the series is mainly based on the political incorrectness of their jokes, which is the trademark of the show.

So if you enjoy shows like Brooklyn Nine Nine where the main characters are police officers, then this very funny comedy show is definitely for you.

Angie Tribeca is a detective professionally and emotionally committed to the adrenaline rush of her work.

However, unlike those other programs that are so logical by nature, Angie Tribeca is a parody comedy in which its creators decided to make fun of each of the pillars of police dramas.

There is nothing subtle about this parody. There are surrealistic jokes, ridiculous situations and a lot of physical humor (clumsy falls, violent explosions, ventriloquist dummy autopsies).

The Office is a mockumentary: that is, it is recorded as a documentary, but everything that happens is written and acted upon. In spite of this, the good work of the writers and actors manages to deceive the viewer in many moments.

The series tells the daily life of a small paper production company called Dunder Mifflin Inc. As the series progresses we get to know the characters better.

Michael Scott is the boss of the company, a talkative character, who thinks he is the funniest person in the world. However, he often goes beyond the limits of humor, and even makes his employees very uncomfortable. A real comedy classic and an inspiration for Brooklyn 99.

What really happens when we die? Is there an afterlife? A heaven, a hell? These are just some of the question this show will look to answer.

Our main character is Eleanor who just finds out that she has died. She is welcomed into The Good Place, the show’s version of Heaven. Eleanor has a secret however. She’s been pretty bad, and realizes that she got into The Good Place by complete accident.

With the help of Chidi, she starts to earn her place there, but will it be enough? A very lighthearted comedy with some interesting moral dilemmas and great twists!