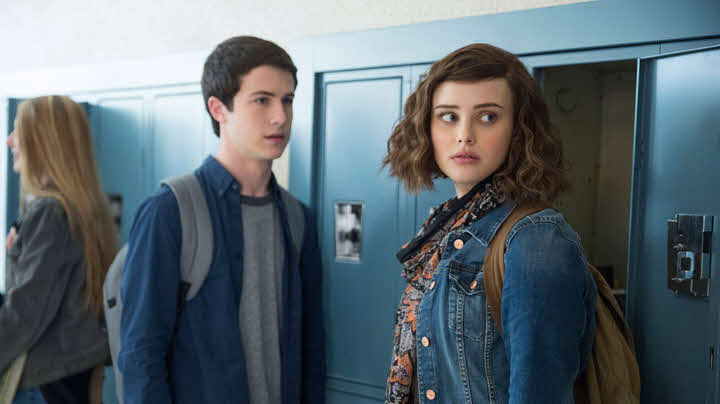 Clay Jensen is an ordinary teenager like you would expect. However, when he arrives home one day he discovers a mysterious box with his name on it. The content is none other than a series of tapes, seven of them, sent by a classmate that had just killed herself. Despite the bewilderment of hearing Hannah’s voice again, Clay will discover that there are thirteen reasons why she has decided to take her own life.

And it’s up to him to understand why this happened.

This is a powerful series that will analyze mental problems, bullying and compassion. Check out more shows like 13 Reasons Why that focus on similar but equally important issues:

Best TV shows and Web Series Similar to ’13 Reasons Why’:

The death of young Jason Blossom clouds with a halo of mystery the always peaceful town of Riverdale. This causes several kicks in the status-quo of the most emblematic families of the region. However, the tragic incident runs parallel to an unstoppable hormonal storm among the local teenagers.

Archie, Veronica, Betty and Jughead, will be the protagonists of a coming of age story. However, they will be moving away from the characteristic topics of angry teen TV romances. With a plot that centers around a student dying, this is a top choice for shows similar to 13 Reasons Why. You’ll enjoy cool characters, a lot of mystery, and of course, drama.

Trinkets present the story of 3 teenagers who belong to different social groups. Besides, they have completely opposite personalities. However, all of them coincide in a meeting of Shoplifters Anonymous, thought to people who compulsively steal things.

This way, they begin to forge a friendship that makes them forget their differences to pass the time, but also to support each other in the most complicated moments. A very interesting look at unexpected friendships, support and compassion. A perfect show like ‘13 Reasons Why’ you should thoroughly enjoy.

The End of the F***ing World is a coming of age drama with comedic tones. It stars two teenagers, James and Alyssa who are everything but ordinary. Alyssa is an outspoken, brave, and impulsive young woman, while James is a sociopath who plans to kill her.

They both have a lot of baggage, and soon decide to run away together. Will James go along with his plan? Will Alyssa manage to change him? This story is a roller coaster, and a very enjoyable one at that.

The portrait that Euphoria shows is of an adolescence immersed in drugs and parties that leave you with a shrunken stomach in more than one chapter. The same can be said of its unhealthy relationship with sex and family.

Rue is the protagonist of Euphoria. The thread through which we discover the devastating situation of adolescents. After an obligatory period in a detoxification clinic, she returns to her town to face a new year of high school.

She tells us the whole story through an unreliable and heartbreaking first person who reminds Mr. Robot of the good old days of Dexter.

Abby and Beth have always been great friends. Veterans of the cheer-leading team, they have a reputation to uphold. Colette, their new coach, puts their friendship to the test by forming an exclusive group that Beth doesn’t seem to fit into.

A bizarre suicide rocks her world and police quickly become suspicious of Colette’s surroundings. A story in friendship and love is pitted against ambition and power. Another fascinating series to enjoy if you want more shows like 13 Reasons Why. Great characters, and very compelling acting.

More TV, Netflix and Amazon Prime shows to watch if you liked ’13 Reasons Why’: