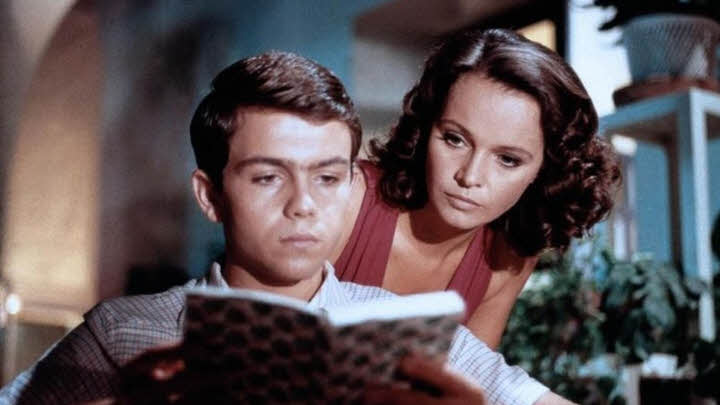 In this 1973 Italian film we meet Sandro who falls in love with his sister-in-law, Laura. He tries to court her repeatedly and he is jealous of anyone who touches her. Because his brother neglects her, she ends up spending a lot of time with Sandro.

This way, a forbidden love story ensues, where Sandro and Laura have an affair and explore what life together could be like. This is a romantic comedy with a touch of erotica that makes for a very light and enjoyable watch.

Here are our list of 14 other movies like Peccato Veniale (Lovers and Other Relatives), that are with similar tones and intrigues:

Best Movies Similar to Peccato Veniale (Lovers and Other Relatives):

A man with his two sons, becomes infatuated with their young housekeeper. They try different ways to get her to sleep with them. While the plot may not seem overly complicated, this movie was a big hit at the time.

It had a powerful influence on Italian cinema, and is considered a classic. If you’re looking for more movies like Love and Other Relatives, this is a solid choice!

Michael Berg is fifteen years old. One day he is feeling sick on his way home from school and a woman comes to his aid. The woman’s name is Hanna and she is thirty-six years old. A few weeks later, the boy, grateful, brings her a bouquet of flowers.

It will take years, but he will one day get to uncover the very shocking truth about who Hanna really is.

The story is beautifully set in a small village in Puglia, during a hot summer. The shy teenager Nico, heir of the Roccadura family, is taught masculinity by his virile father and grandfather.

When his beautiful cousin Sonia comes to visit one summer, she tries to get Nico to drop the books, and step into her bedroom. A coming of age story of sorts, while also exploring some taboo subjects.

Niccolò Vivaldi plays the violin at the opera, but he has an inferiority complex. He is not satisfied with the way others treat him, and he feels like an underachiever. One day he notices that his beautiful wife easily attracts the attention of his colleagues.

But the situation soon gets out of control. Another interesting movie like Love And Other Relatives from Italian cinema.

In a piano class, a student finds his teacher highly attractive, and wants to have a relationship with her. He finds out where she lives and hides outside her home.

He does this to take pictures of her as she undresses and twists naked on her bed. He then uses those photos to blackmail her into dressing and behaving like a prostitute while teaching the class. And from there things get even more complicated.

Very similar themes to Love And Other Relatives, also from Italian cinema, so it should be just what you are looking for.

More film recommendations if you enjoyed Peccato Veniale (Lovers and Other Relatives):