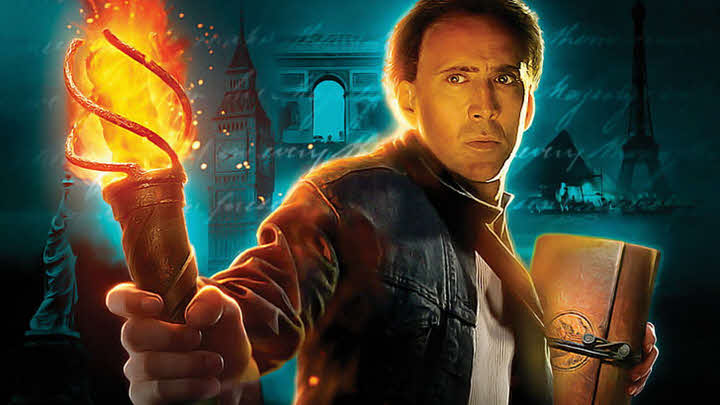 Ben Franklin Gates is an archeologist descended from a certain family. That family chased a treasure hidden in a military chest by George Washington, Benjamin Franklin and Thomas Jefferson to finance the War of Independence.

It is now up to our hero to finally find the treasure his family has been seeking for generations. To achieve his goal he will have to decipher a secret code of the American Constitution.

This is a very fun adventure series with a lot of action, comedy and nice twists and turns. Check out more movies like National Treasure that we highly recommend:

This is probably the most popular series in the genre and if you haven’t already watched it, then you’re in for a real treat. Henry Jones is an professor in archeology. But while he enjoys teaching in school, what he enjoys even more is actually searching for cool mythical artifacts.

In this incredible series starring legendary actor Harrison Ford, Indiana Jones will face off Nazis, tribes, traps and of course snakes, in his quest to retrieve some of the most famous artifacts known to man. These are easily the best movies like National Treasure you’ll get to enjoy.

Based on the popular video game series, Lara Croft is essentially the female Indiana Jones. Lara only combs her hair when necessary and holds on to the edge of platforms in the exact millimeter, just as the virtual Lara did.

And that’s what makes this movie great. It’s not just the action scenes as she looks to decipher mysteries and complete her quest. It’s to see in real image the actions that we so many times executed while playing the game. Just like National Treasure, this movie has suspense, comedy and a ton of delightful adventure.

Egypt 1926. Evelyn Carnovan and her brother Jonathan rescue the adventurer Rick O’Connell from an Egyptian prison.

O¨Connell has found the fragment of a secret map and can guide both of them to the lost city of Hamunaptra, the resting place of the dead, and where fabulous treasures exist.

But when they arrive at the place they end up resurrecting the mummy of Imhotep, a priest from ancient Egypt who had been condemned to a terrible death and cursed for all eternity. This complicates things for our heroes. A very fun adventure that spawned over several sequels.

Also Recommend: Movies Like Lord of The Rings (Series)

This is a very enjoyable and unpretentious adventure. On the one hand, a naive and romantic writer. On the other hand, a hustler who only moves for money. From such different personalities come a good number of funny situations and ingenious dialogues.

The contrast of characters is seasoned with the exoticism of the Colombian jungle and with the villains. Two villains also of very different coat. On one side the ruthless Zolo and on the other Ira and Ralph, the kidnapping cousins.

To all this is added also the contribution of the mysterious map contained in the envelope that Joan receives. The map of a fabulous jewel of incalculable value: the green heart of the Spanish title. Great addition to our list of films like National Treasure, you’d be mistaken to skip this one.

Explorer Dirk Pitt doesn’t suspect that behind the legendary coin he just discovered lies the greatest adventure of his life. From his investigations he begins the search for an ancient treasure. Hidden in a former warship that disappeared during the American civil war and that, for some strange reason, seems to be sunk off the coast of Nigeria and which the natives call “the ship of death”.

Along the way, Dirk and his assistant and inseparable friend Al Giordino will meet Eva Rojas, a brilliant researcher who fears that the treasure they are looking for could be a threat to the world. Pure adventures shot at the very entrance of the Sahara desert.

A very underrated adventure movie that will keep you hooked just like National Treasure. This movie has the ability to surprise you for sure.